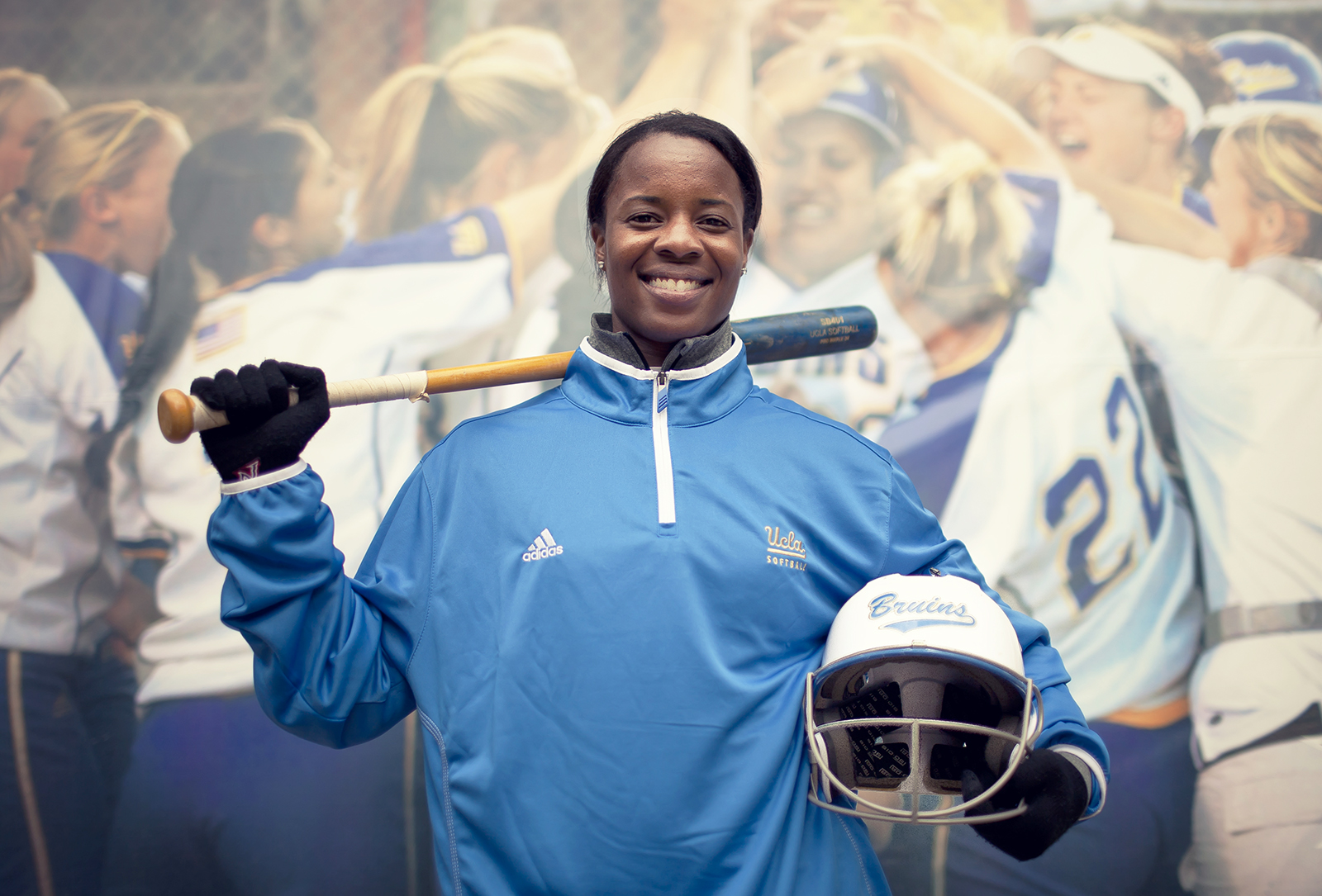 Former UCLA softball shortstop Natasha Watley was one of seven members selected to the 2014 UCLA Athletics Hall of Fame class on Thursday. Watley is one of only three UCLA athletes to be a First-Time All-American four times. (Daily Bruin file photo)

On Thursday, UCLA Athletics announced its 2014 Hall of Fame class, with one coach and six athletes being selected.

The seven members of the UCLA Athletics 2014 Hall of Fame class will be officially inducted in an invite-only ceremony on campus on Oct. 10. The following day, the honorees will be commemorated during halftime of the UCLA v. Oregon football game.

Here are the seven members of UCLA Athletics’ 31st-annual Hall of Fame class (ordered chronologically based on when they began their playing/coaching careers at UCLA):

Francis Wai is a unique member in this class, as he not only participated in more sports at UCLA than any of the other future inductees, but also became a captain in the United States Army and a Congressional Medal of Honor recipient.

When he was posthumously awarded the Congressional Medal of Honor in 2000, Wai became the first American of Chinese descent and the first UCLA student-athlete to receive the honor.

James Butts is one of three members of this class who won an Olympic medal, taking home the silver for the United States in the triple jump during the 1976 Summer Olympics in Montreal – the first U.S. triple jump medal since 1928.

Before capturing that silver medal in 1976, Butts was part of three national-championship UCLA men’s track teams (1971, 1972, and 1973), and set the UCLA and Pac-8 records for the triple jump during his freshman year in 1971. Butts won the NCAA triple jump individual title as a sophomore in 1972.

Moore was a standout on the UCLA men’s soccer team from the moment he arrived in Westwood. He was named to Soccer America Magazine’s All-Freshman Team in 1990, when the Bruins won a national championship. To this day, Moore’s three-year total of 100 points (38 goals, 24 assists) still ranks in the top 10 in school history. In international play, Moore was a staple on the U.S. Men’s National Soccer Team for a decade after his career at UCLA. He was a member of U.S. men’s World Cup teams in 1994, 1998 and 2002. On April 4, 2013, he was inducted into the U.S. Soccer Hall of Fame.

Baker didn’t only bring the men’s program back, he also began the women’s program in 1993, and quickly brought both to national prominence. Baker led a total of six teams to national championships in the 1990s (three men’s and three women’s), before winning his final title at UCLA with the men’s team in 2000.

Outside of UCLA, Baker coached three different United States women’s water polo teams – at the summer Olympics in 2000, 2004 and 2008. Baker led the team to medals in each of those three Olympic games.

Hayes, currently a UCLA track and field assistant coach, was a six-time All-American as a hurdler at UCLA in the late 1990s.

She never lost a dual meet at UCLA, as the Bruins went 39-0 in such events during her career. She also won the 1999 NCAA outdoor 400-meter hurdle title after battling through injuries during the 1997 and 1998 NCAA championships.

In arguably the biggest day of her track career, Hayes won the gold medal for the United States in the 100-meter hurdles at the 2004 Summer Olympics, breaking a 16-year-old record in the process with a time of 12.37 seconds.

Next to Onnie Willis (see below), Watley arguably has some of the most prodigious individual accolades of any athlete in this year’s Hall of Fame class. She is one of only three Bruins to be a four-time First-Team All-American. As a senior in 2003, Watley won the Honda Broderick Cup – given to the nation’s best female athlete – and helped guide UCLA to its first softball national title since 1999.

Unlike some other athletes on this list, Willis did not go on to compete in the Olympics after graduating from UCLA. Instead, she earned a Ph.D in Developmental Psychology at NYU.