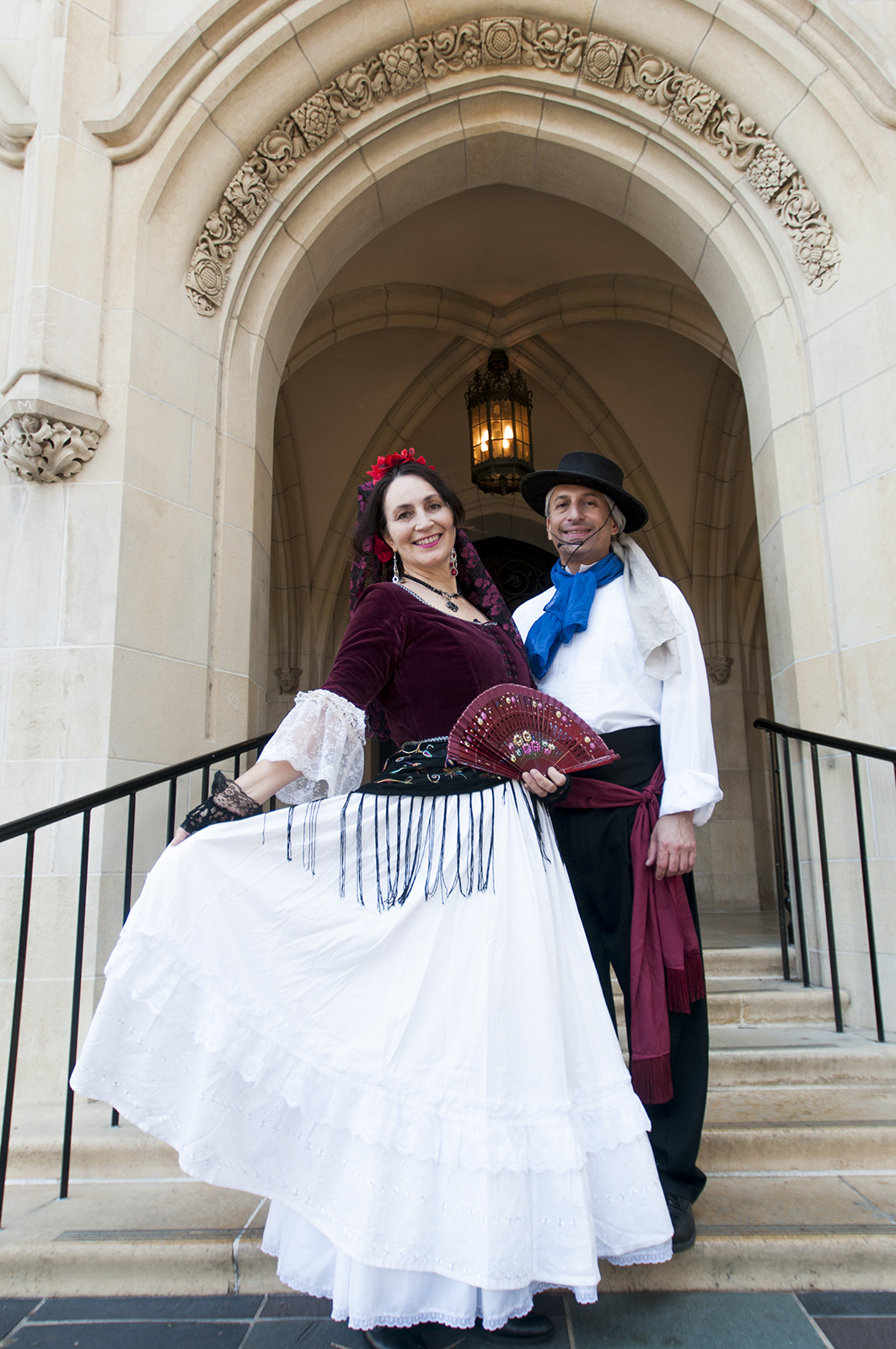 As immigrants from all over Europe, Russia, the Hawaiian islands and Asia immigrated to California in the 1850s, they brought a mix of traditions, music and dance that influenced the unparalleled diverse culture of California prevalent today.

This year, because of the costly fee of renting a room, the themed dance will be scaled down to a more intimate event and moved under the stars in Bruin Plaza, where attendees are welcome to dress up in vintage-style costumes.

The dance will kick off with vintage ballroom dance lessons that will go until 10:30 p.m., transitioning to more upbeat swing and salsa music where students and staff can try modern social ballroom dancing.

Khodadadians said she is excited about the California Fandango/Los Angeles Ball because it celebrates the different time periods of the state’s history and dancing.

“This is an excellent opportunity for people from different walks of life and experience to get together to enjoy all the fun that dance has to offer,” Khodadadians said.

Khodadadians said she has a passion for dance and wants to introduce this fine art form to as many people as possible.

“I believe the diversity of dances offered by the Ballroom Dance Club will shed light on why dancing has been central to early civilizations and throughout history,” Khodadadians said.

The lessons at the event, which will reflect the dancing style throughout California history, will be taught by co-instructors Cynthia Harper and James Zimmer.

Zimmer, who re-established the Historical Ballroom Dance Club when he attended UCLA as an undergraduate in the late ’90s, started teaching dance workshops.

What started as two modest dance workshops called “Jane Austen Dances” evolved and expanded to various costumed balls and themed dances that are now held about 20 times a year both on and off campus.

This year, Harper and Zimmer decided on the early California theme of the dance to commemorate the first 50 years of the establishment of the state that they were both born in.

“In the past few years, we’ve celebrated the anniversary of various buildings. With this event, we’re celebrating the history of Los Angeles, and of California,” Zimmer said. “(Harper) and I were both born in California so we’re both sharing the excitement of this anniversary.”

Zimmer said people tend to forget that California was not always a geographically defined state, and that there is actually a lot of Spanish influence.

The Ballroom Dance Clubs and instructors chose to focus on exploring the different types of practices that were unique to California during its early period with the fandango. The fandango, a Spanish-style dance, was chosen as part of the theme because of the different music and dances that were practiced in Spain that were brought to northern California.

The style of the people and dances, as California began to grow, also became more informal as people migrated from the East Coast to the West Coast. Harper said people from the East Coast wore Victorian-style clothing with tight corsets. The hot climate led to early Californians changing the clothing styles to a more relaxed fit and feeling, adding to the style of the dances.

From a time when dance was a common and favorite activity used for socializing to an era where formal dancing is not as conventional, Harper said dancing is an integral way to bring back old traditions.

“Dancing is … our bodies in motion sort of historically speaking. (It’s) able to paint a moving picture of what people did in the past,” Harper said. “It’s not just about learning a step or two but understanding what people did and how they formed a community.”