Robert Naples to retire as dean of students, focus on teaching at UCLA 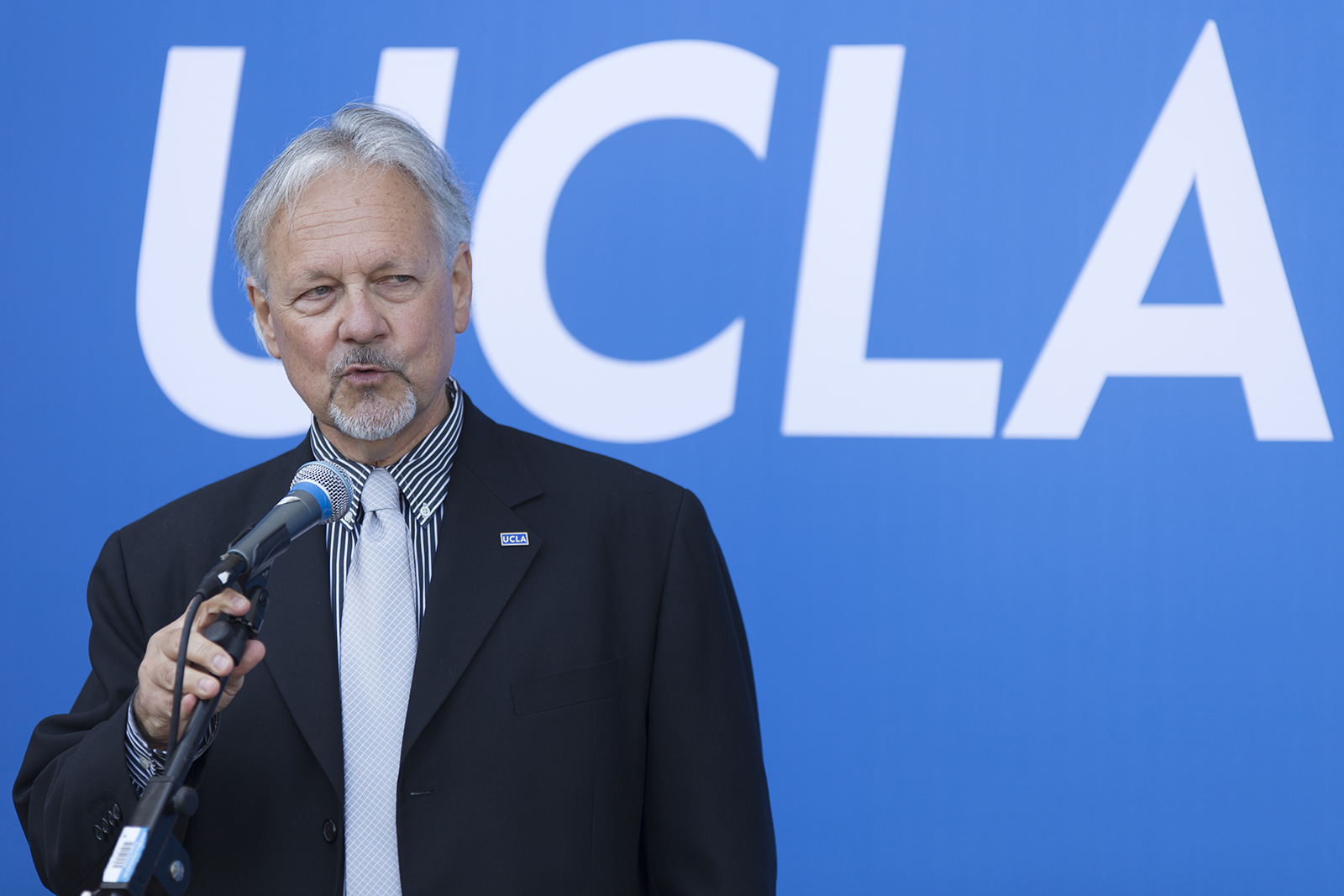 Robert Naples is retiring from his administrative responsibilities as associate vice chancellor and dean of students on June 30.
(Aubrey Yeo/Daily Bruin senior staff)

In his almost 20 years of administrative service at UCLA, Dean of Students Robert Naples said he has worked to follow the philosophy that students learn from each other outside the classroom as much as they do inside it.

“I was one of the people at the table saying, ‘Students learn from other students,'” Naples said. “We need to maximize opportunities for student interaction.”

At the end of the month, Naples will retire from his administrative responsibilities as associate vice chancellor and dean of students to devote more time to his family and personal interests.

Naples will remain a faculty member at UCLA and continue to work in the Student Affairs Program at the UCLA Graduate School of Education and Information Studies.

“If I were just retiring with no teaching piece attached, it would be harder for me because I still have a lot of passion for UCLA,” Naples said. “It feels good to refocus my attention with just teaching.”

Naples has worked for more than 40 years in higher education and student affairs. Before coming to UCLA, he was associate vice president for student affairs and dean of students at Cal Poly Pomona for 11 years.

Naples said, as associate vice chancellor and dean of students, he has dealt with the out-of-classroom experiences that students have, such as adjusting to housing situations or learning about graduate school options.

He said he has found a lot of satisfaction working with graduate students who want to pursue long-term careers in student affairs at UCLA or other universities.

“I would say working with the graduate students is easily one of my favorite things I’ve done at UCLA,” Naples said. “These people aspire to what I’ve made a career out of – what I love – and it’s exciting that I have an opportunity to mentor them.”

In his new campus job, Naples plans to continue directing the UCLA Master’s Degree of Education in Student Affairs, where he has been teaching for more than 15 years. He said he wants to continue working for the program because it provides an opportunity for teachers to develop strong and meaningful relationships with their students.

Naples added that the cohort structure of the program and its small classroom sizes allow him to generate more impactful and long-lasting relationships with his students and watch them grow professionally.

With Naples’ retirement from his current position, multiple permanent and interim personnel changes within UCLA Student Affairs will go into effect on July 1, said Maria Blandizzi, executive director of student services and initiatives.

Blandizzi will assume the dean of students responsibilities on an interim basis beginning July 1 until a national search for a new dean of students is conducted. She said she expects the recruiting and review process to last nine to 12 months.

UCLA administrators and faculty held a farewell gathering held for Naples on Thursday in Sproul Landing that was baseball-themed for his love of the sport. Vice Chancellor for Student Affairs Janina Montero, who has known Naples for more than a decade, gave the first speech about Naples.

Teary-eyed, Montero said she thought Naples’ leadership at UCLA was always student-focused, and that the party was a time to celebrate his legacy.

“He is reasonable to approach and has always considered student initiatives and autonomy a priority,” Montero said in her speech.

Beverly Yanuaria, a former graduate student of Naples in the Student Affairs Program, said she attended Naples’ party because she finds him inspiring and motivational.

She said it’s nice to know he’ll still “be in the neighborhood” by staying at UCLA.

Some faculty members gave commemorative and nostalgic talks about their professional and personal experiences with Naples at the party. Some presented Naples with thank-you gifts, such as a framed baseball jersey from UCLA Athletics.

At the end of the event, Naples gave a short but thankful speech and said his job has been a source of pride for him.

He added that he thinks it is time for his colleagues to continue the work of Student Affairs at UCLA. He told the crowd he wanted to end with a quote from David Saxon, a late former president of the University of California system.

“‘I’d rather leave with a twinge of regret than a sigh of relief,'” he said.