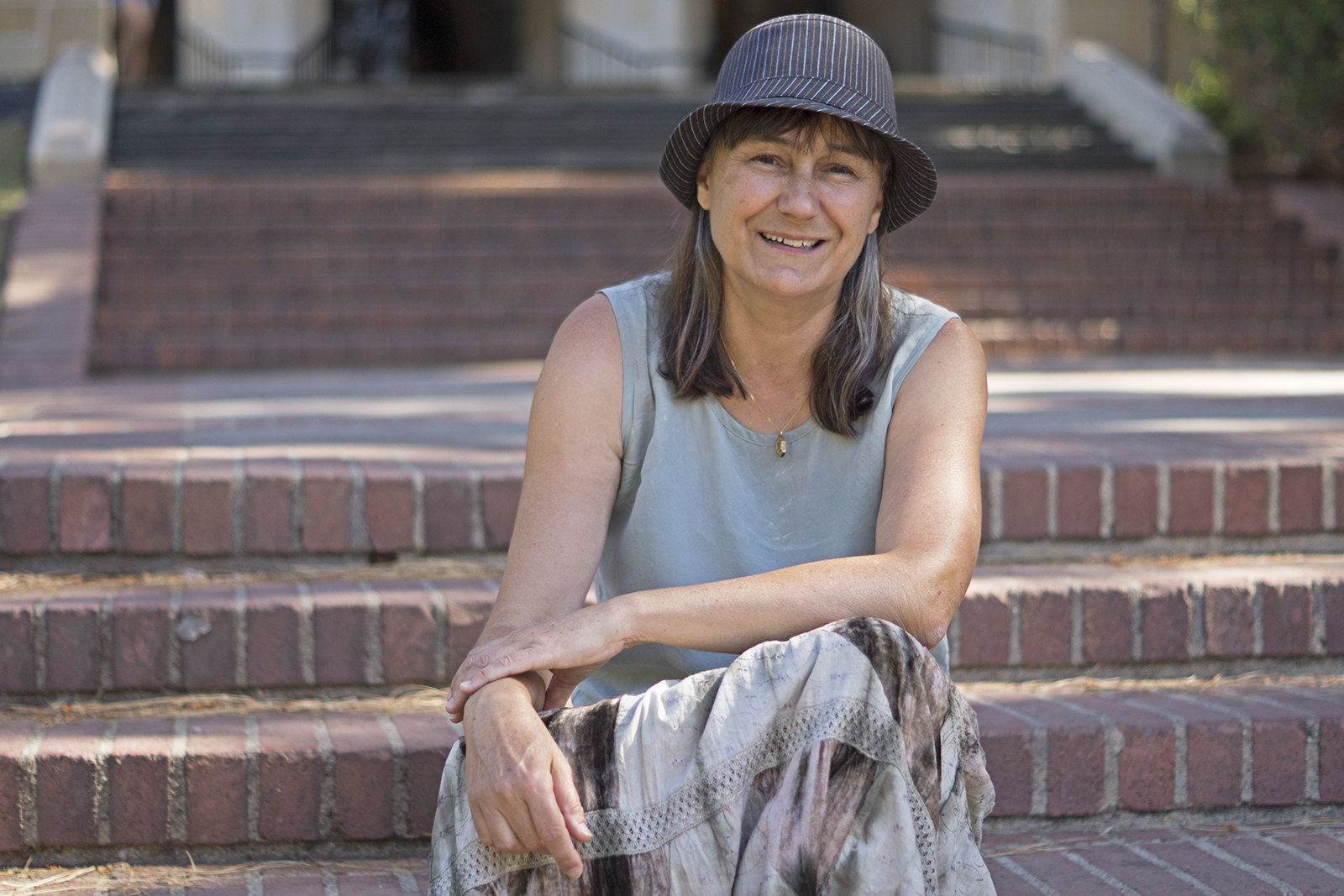 Sophie Leclerc, a graduating anthropology student, is receiving her degree from UCLA after she first enrolled in college 42 years ago.
(Tamaryn Kong/Daily Bruin)

Forty-two years after she first enrolled in college, Sophie Leclerc will walk the stage at UCLA’s graduation and receive her bachelor’s degree.

For 60-year-old Leclerc, a graduating anthropology student, her commencement comes after traveling to different locations across the world, raising her children and overcoming several obstacles along the way.

Born and raised in Paris, Leclerc first enrolled in a university in southwestern France in 1972 when she was 18. She said both her parents were lawyers and forced her to study law.

After a year at the school, she flunked her final exams on purpose because she didn’t want to become a lawyer. Instead, Leclerc said she wanted to get her degree in anthropology and study different cultures.

“I thought, let me do a short practical degree so I can support myself and study what I want,” Leclerc said.

In 1974, she moved to Germany and enrolled in a university to study Chinese because she thought the language would be a good foundation for her when studying cultures in the future.

However, Leclerc found learning Chinese in Germany harder than she expected, and she was also struggling to financially support herself through college at the same time. Eventually, she decided to stop her studies, move back home to Paris and work as a secretary to save up money.

Leclerc was disappointed that she did not complete her studies, and was still set on returning to school as soon as she could.

Eighteen months later, she enrolled in college again and studied Tibetan for three years. But before she was able to graduate, her university required that she add a minor to fulfill her requirements, which would have extended her time at the college.

Instead of completing her degree, Leclerc decided to move to Nepal to study the culture because she was exhausted from school and didn’t think she could handle the extra year.

“I should have gotten my bachelor’s degree then, but they changed the system on me,” Leclerc said. “I was exhausted after three years.”

In 1981, Leclerc moved to Nepal, where she met her ex-husband. She moved to San Francisco with him soon after, and the two decided to get married so she could legally stay in the country after being denied a visa.

Not long afterward, Leclerc moved to Los Angeles and enrolled as a full-time student at UCLA. She had to withdraw from the university in 1990, however, when she became pregnant with her first child.

Leclerc would not enroll again at UCLA until more than 20 years later, after both of her kids grew up and moved out. Leclerc said she wanted to join the Peace Corps but needed to complete her degree to be accepted, so she enrolled at UCLA one last time this past fall to finish the final year of her bachelor’s degree.

Goldberg said he was happy when his mother told him she was going back to school, because he knew how important completing her education was to her.

“I had told her for a while when I was in college that she should go back and get her degree,” Goldberg said.

He said he thinks Leclerc’s decision to attend UCLA brought him and his mother closer together. While their experiences in college differ, they both understand each other’s school-related stress and exhaustion, as well as the exciting parts of college.

In the fall, Leclerc joined the University Catholic Center to conduct fieldwork for a language and religion anthropology class. Since then, she has been actively involved with the center and helps translate prayers into French and German.

Jasmine Tekiyeh, a third-year anthropology student and Daily Bruin design contributor, said she met Leclerc during fall quarter in an anthropology class. Tekiyeh said she and Leclerc have become good friends this year, and she sees Leclerc as a mother figure.

“She’s so enthusiastic and passionate about everything she does,” Tekiyeh said. “She has so much dedication, it’s admirable.”

After graduation, Leclerc said she plans to move to Nepal, where she hopes to teach English in a private school. She decided to postpone plans to join the Peace Corps after a friend from Nepal offered her the job.

Though it took her many years to get her degree, Leclerc is excited to move to Nepal. She said she thinks of the transition as the beginning of a new chapter in her life.

“What (has) kept me going was the idea that I was going to finish my education. Now I can check this off my bucket list,” Leclerc said. “It should have happened in ’89, and now it’s 2014, but it was meant to be.”

Correction: Leclerc and her ex-husband split up in 2002.