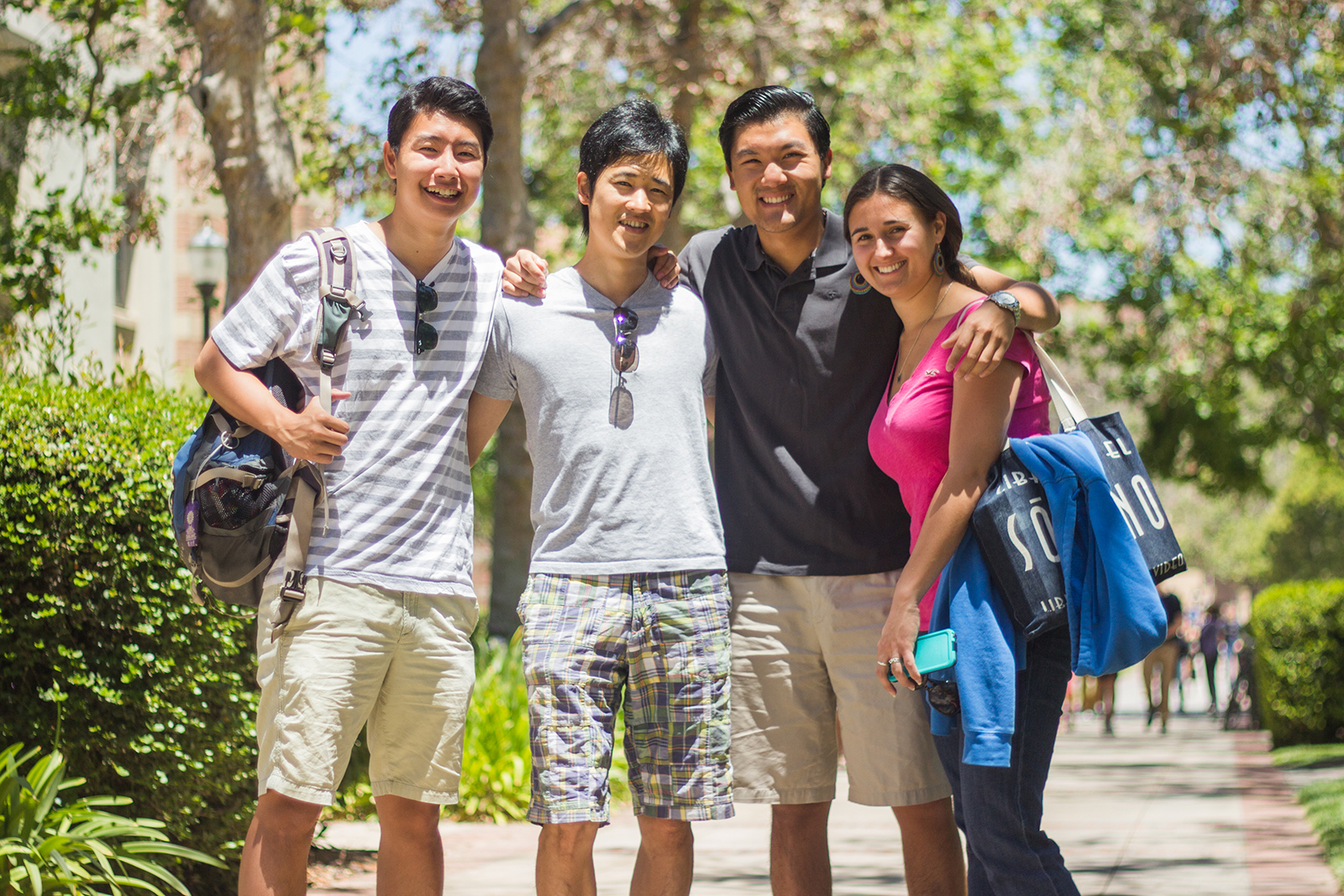 Because of the visa approval process, some UCLA international students struggle to find job opportunities in the United States during college and after they graduate.
(Felicia Ramirez/Daily Bruin senior staff)

Body relaxed and gaze determined, Raghav Wadhwa thought his interview with a financial consulting firm had been going smoothly – until a spokesperson asked him if he was an international student.

A simple “yes” led to a “sorry,” a “thank you for your time” and Wadhwa’s fourth rejection during a string of interviews with various U.S. companies.

“I did at some level expect (work-related issues) to arise because I was on a visa, but I didn’t expect it to be this bad,” said Wadhwa, a fourth-year economics student.

For some international students, the struggle of finding employment opportunities in the United States is compounded by bureaucratic restrictions that underpin the visa approval process during college and post-graduation.

Swaths of graduating seniors have experienced struggles in the job market for the past several years, with the unemployment rate ranging from about 8 to 15 percent since 2007, according to reports from the Bureau of Labor Statistics.

At UCLA, about 8,400 international students attended the university for the 2012-2013 academic year.

International students attending American universities often hold F-1 visas, which allow foreign students to study in the U.S. After graduation, one of the main ways students can stay in the country is by obtaining an H-1B visa, which enables employers to hire workers with a bachelor’s degree or higher, said Sylvia Ottemoeller, an immigration counselor at the UCLA Dashew Center for International Students and Scholars.

To get hired, some foreign workers need to find companies willing to sponsor them and cover the high costs associated with filing visa petitions, said Kent Wong, the director of the UCLA Labor Center.

But some students said they think these options do not allow international students enough opportunities for work.

During a previous summer, Wadhwa said he could not accept an internship he applied for because it did not start within a designated time-frame and his curricular practical training application was not processed on time.

There’s currently a heated debate about immigration policy in the federal government and whether it should be easier for employers to hire international workers, Wong said.

Currently, 65,000 H-1B visas are allotted for foreign workers in the U.S, with an additional 20,000 exclusively available to those holding a master’s degree or higher, according to the U.S. Department of Homeland Security. H-1B visas are most commonly used in the technology industries by companies where there is a need to recruit foreign workers, Wong said.

In June last year, the senate passed an immigration reform bill that would increase the cap of H-1B visas to 110,000 a year.

However, leaders in the House of Representatives have prevented the bill from going to the floor for a vote. At a conference with law enforcement leaders in May, President Barack Obama urged the house to consider the bill before midterm elections season.

Until then, some international students who seek career opportunities in the U.S. will have to compete for visas with other foreign workers under the current cap limit.

Alejandra Priede Schubert, an international graduate student from Mexico, said she hopes to stay in the United States after graduation to work with underrepresented communities.

Raised in a small town in Mexico by a single mother, Schubert grew up wanting to help people from underrepresented communities like hers.

“I am now studying for a Ph.D. against all the odds,” said Schubert, a student in UCLA’s Graduate School of Education and Information Studies. “It’s just unbelievable.”

But she, like many other international students, is concerned about her chances of obtaining a work visa to see her plans through because of the annual H-1B visa lottery.

Several international students said they want to remain in the United States because of the career options available for them here, but they are worried that few employment opportunities will exist for them after they graduate.

“It’s a scary question to answer when you’re done – the ‘Now what?’ And when you have no response, that feeling of uncertainty is frankly quite scary,” said Harsh Karthik, a second-year applied mathematics student and an international student from the United Arab Emirates. “I don’t know how to deal with that.”

Vrinda Gupta, an international student from India who is graduating this quarter, said she wants to remain in Los Angeles because of the wide range of opportunities for entertainment publicity in the area.

“Even if I get a job, there’s the fear that (my) petition for a work visa is going to be denied,” said Gupta, a fourth-year English student.

Unlike Gupta, International Student Association President Andreas Liu said he plans to move back to his native country, Germany, after he graduates and apply for trainee programs in the renewable energy or automobile industries.

The fourth-year physics and business economics student added that his decision to move back home is partly based on hearing his friends’ struggles in obtaining visas post-graduation and his own experience with internship rejections.

Despite the concerns international students have about job opportunities, some said they remain optimistic about their chances of employment in the U.S.

Schubert said that because of the lack of women and racial and ethnic minorities in STEM fields, she wants to encourage students from underrepresented communities to pursue those careers by becoming a professor at a California State University.

Koya Matsuno, an international student from Japan, said he plans to return to his home country, possibly working for a company with U.S. offices where he can be transferred to in the future.