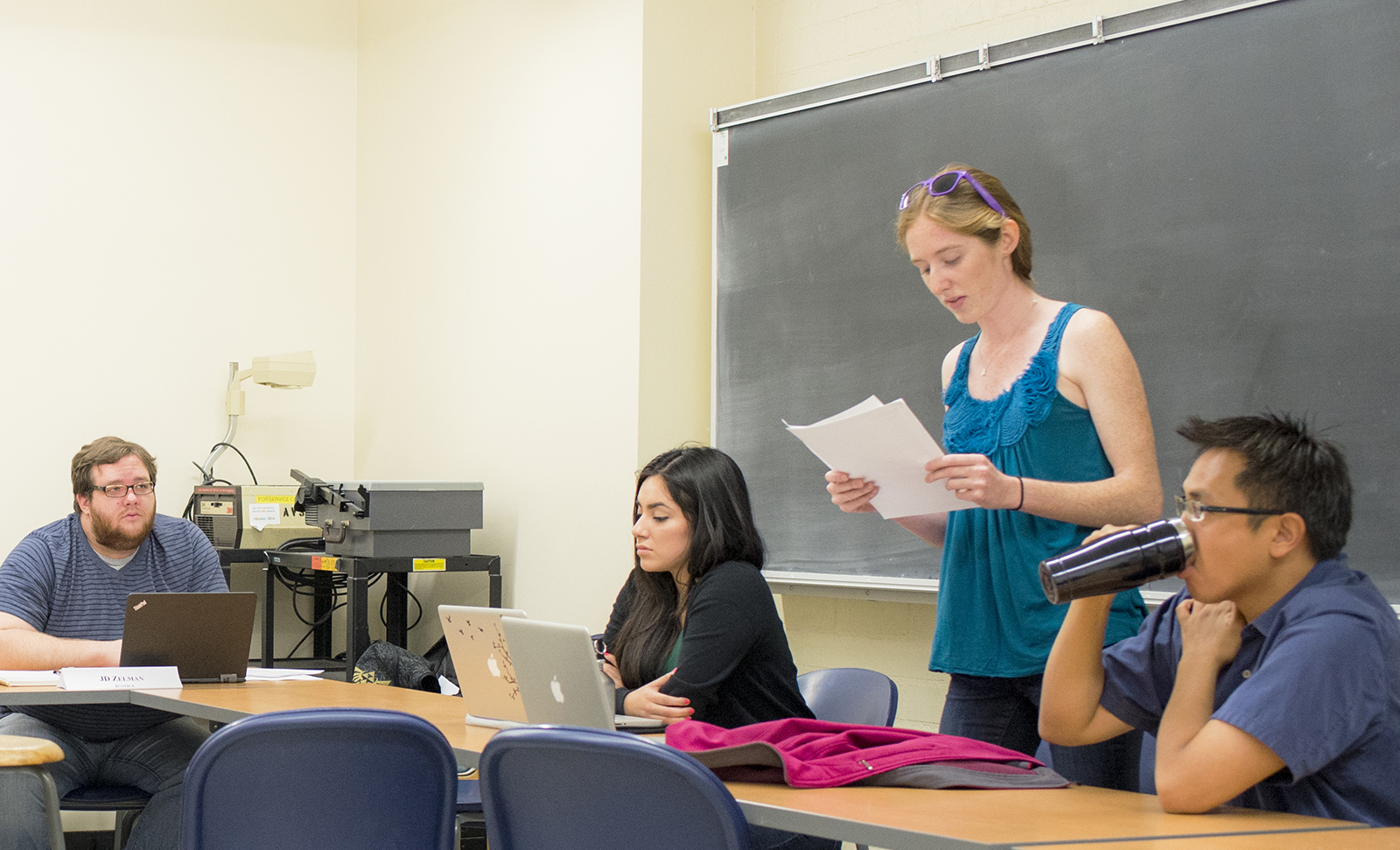 The Daily Bruin does its best to write the news, and not to make the news.

But The Bruin is not just a newspaper; it’s UCLA’s newspaper of record – and that means it also acts as a sort of interest group on behalf of free speech and free press on campus.

That was the hat we wore when we asked the undergraduate court of appeals to rule on an attempt by the Election Board to limit our ability to freely cover this month’s student election.

The ruling, issued Tuesday, fails to set an appropriate and comprehensive precedent for free and fair elections for the Undergraduate Students Association Council.

On May 19, I argued the Daily Bruin’s case in front of the Undergraduate Students Association Judicial Board, which serves as the judiciary for the undergraduate government. We alleged that the Election Board chair had overstepped his authority when he led candidates to believe they would be sanctioned for appearing on the Daily Bruin’s news and culture radio show, “Long Story Short.”

We asked whether the Undergraduate Students Association Election Board was within its right to imply to candidates they could be sanctioned for an interview with the press.

On that question, the Judicial Board avoided giving an answer and instead provided a puzzling and dodgy non-statement.

Though the judiciary asserted that the Election Board cannot regulate “non-paid media appearances or coverage of USAC election candidates,” it has the “right to inform election candidates of possible sanctions to which they are subject.”

The decision lets the Election Board off on a technicality.

Whereas The Bruin’s petition argued that former Election Board Chair Anthony Padilla had threatened candidates with sanctions, the ruling implies the Judicial Board thought he was merely informing that sanctions were possible.

That interpretation totally disregards the operative facts of the case.

In an email to a Daily Bruin Radio producer and Devin Murphy, then a candidate for USAC president, Padilla wrote “you and the candidates in attendance will not be able to hold this debate without being subject to sanctions.” In the same email, he even cited the passage of the election code he thought they would violate in the segment.

At the hearing for the petition, Election Board External Relations Chair Gabrielle Scheder-Bieschin argued that Padilla couldn’t answer the hypothetical question of whether sanctions would be appropriate and was therefore only informing Murphy that sanctions were theoretically possible at any time and for any course of action.

The argument that candidates are perpetually “subject to sanctions,” reflected in the Judicial Board’s ruling, is a bizarre and selective interpretation of the facts.

Murphy and his electoral opponent Sunny Singh both testified that they felt as if attending the radio show could and would earn them sanctions, and that they would have gone on the show if Padilla had given the interview his blessing.

That the candidates perceived Padilla’s words as a threat means a threat was present, and nobody but Padilla can be blamed for bringing that condition about.

Without question, Padilla blocked the Daily Bruin from airing an interview in the run-up to the USAC election.

By failing to rule on this action, the Judicial Board leaves wide open the questions of whether Padilla overstepped his bounds, and whether election officials in the future put themselves in the wrong by taking similar steps.

Though the board has yet to release its full opinion, a significant reversal of its current tone would be necessary for that document to establish an effective precedent.

Without such a precedent, it’s up to the students who participate in next year’s student government election to provide a firm answer on the questions raised by this case.

If USAC wants to be absolutely certain this problem doesn’t arise in the future, it has to revisit the election code. As this case demonstrates, the provisions that allow the Election Board to oversee debates and endorsements can be misconstrued to apply to media appearances.

The topic of electoral reform has been in the air for quite a while, and indeed the code was revised last year to better address the process of student group endorsements. Any future revision of the code has to include strict provisions that stipulate media appearances cannot in and of themselves expose candidates to sanctions.

In her opening statement, Scheder-Bieschin maintained that the case was not a tribunal about free speech rights or open elections. That argument is patently false.

This case was about asserting the primacy of an unrestricted free press on campus. By failing to meet that benchmark, the Judicial Board passed the buck. It’s now up to next year’s student government to pick it up.