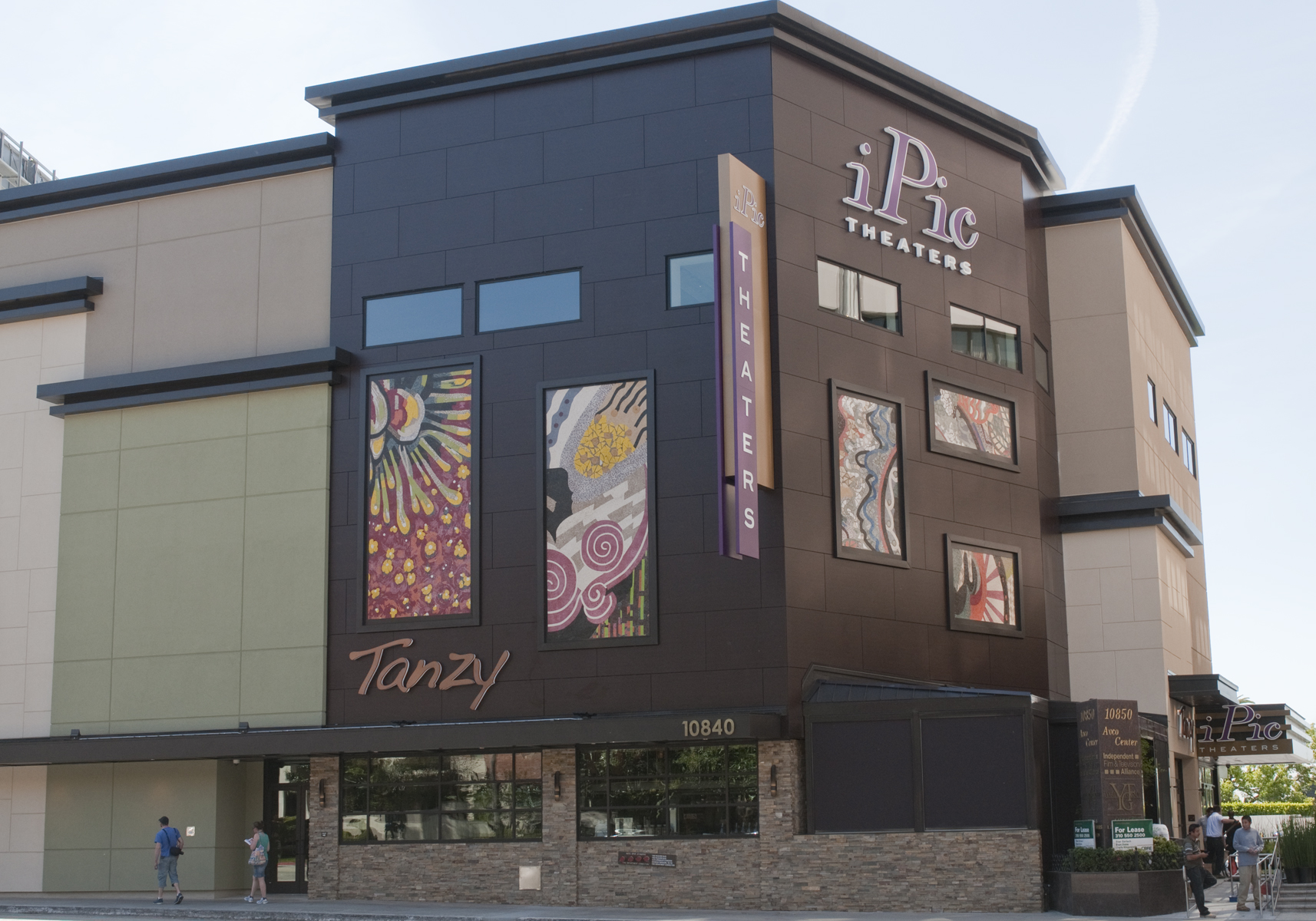 As a part of a weekly food truck festival in Westwood, nine food trucks will sell food near the iPic Theater on Friday. (Jose Ubeda/Daily Bruin staff)

A weekly food truck festival in Westwood will be held on Fridays in an effort to bring more nightlife to the Village.

Nine food trucks will roll in next door to the iPic Theater as part of the Friday Night Holy Roller Food Truck Revival, which launched last week.

Barry Fogel, the festival’s organizer, said he was looking for a location for such an event and thought Westwood was perfect because of its proximity to UCLA. The owner of Book That Truck, a food truck planning company, Fogel added that he grew up in West Los Angeles and that he and his friends spent a lot of time in Westwood.

“That’s where all the fun was,” he said.

But in the past few decades, Westwood’s relevance and number of customers have slowly dwindled.

“I always thought it would be nice to bring the fun back into Westwood. And with the movie theater opening up, it seemed perfect,” he said.

Some businesses feel the event brings competition to Westwood’s permanent restaurants and eateries.

The food trucks could take customers away from Lucia’s Cafe, said Joe Zeiton, the restaurant’s owner. Food trucks locate their business on public property, where they do not pay rent, which Zeiton said he thought was threatening to restaurants because they have to pay rent. He added that he was also concerned about food safety.

“Honestly, I wouldn’t buy from a food truck,” he said.

Fogel said he wanted students to feel like they are a part of the event. He said if students want to have meetings or events at the festival, they can contact him for more information.

Different trucks will be available each week, so there will be options for everyone. This week’s lineup features hot dogs, chili and Thai food, as well as cooler foods to combat the heat, he said.

DJ Seawolf, the general manager of The Lobos Truck, said Fogel invited the truck to participate in the event. The Lobos Truck serves barbecue and burgers.

Coolhaus, an ice cream truck, was at the event last Friday, said Nastassia Johnson, director of operations and general manager for the L.A. branch.

“From my staff, I heard it was not as busy as some other food truck festivals, but it was a starting-off event, and we hope it will develop more of a buzz as time goes on,” she said.

Alex Peters, a third-year English student, said she was interested in the festival because of the variety of food options it would provide.

“I live in the dorms, and after you’ve been to all the dining halls you get tired of the same thing all the time,” she said. “(This gives) the chance to have a larger range.”

The event will run from 5 p.m. to midnight. There is free parking behind the Westwood Presbyterian Church.