UCLA against nomination of its faculty center as historical resource 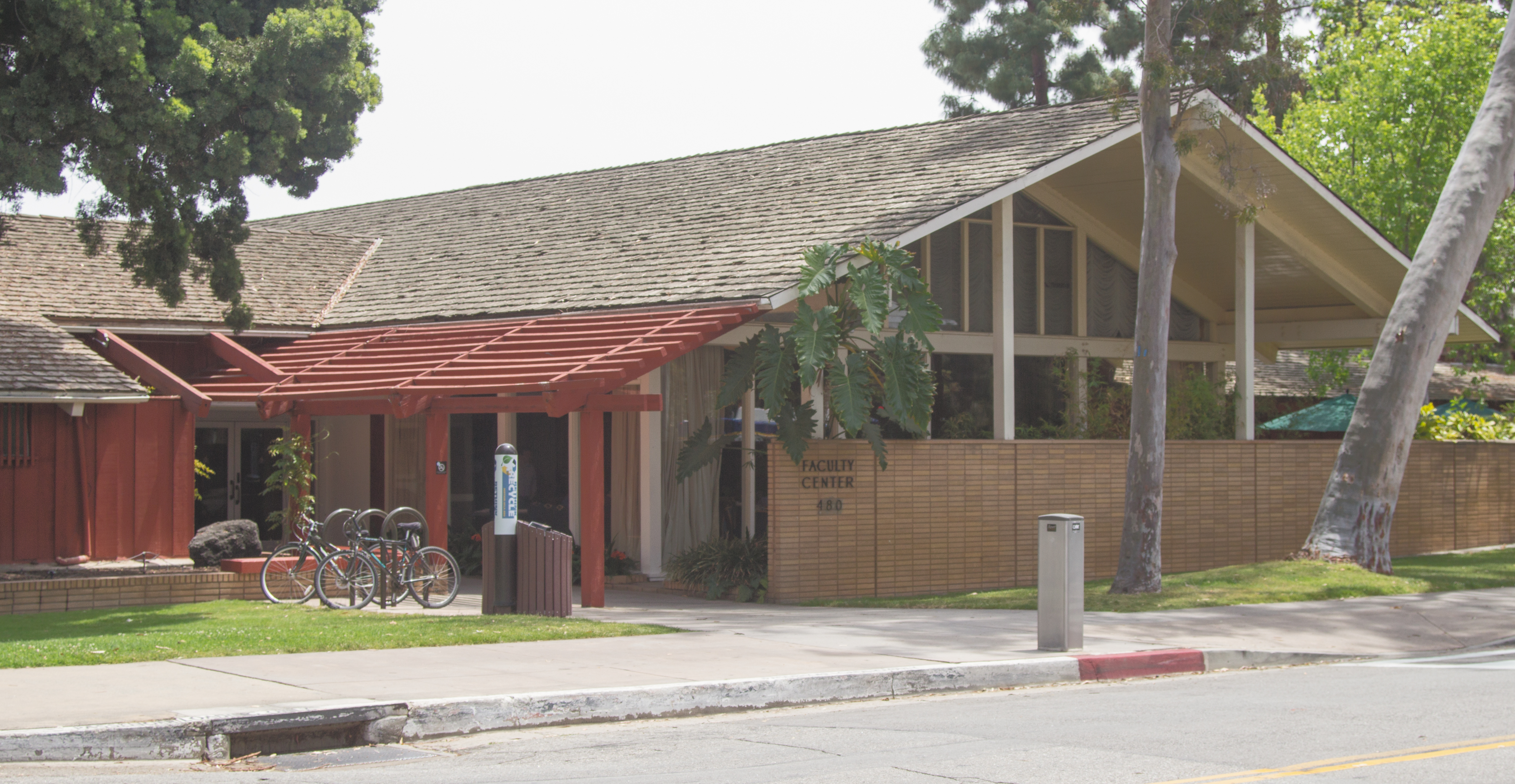 The Los Angeles Conservancy is looking to make the UCLA Faculty Center a historic resource although the university is against the motion. (Christopher Hoo/Daily Bruin senior staff)

The Los Angeles Conservancy is advocating for the UCLA Faculty Center to be named a historic resource, despite opposition from UCLA officials.

The Office of Historic Resources of L.A. recommended to label the faculty center as a historic monument in February because of its unique ranch-style architecture and history. But, as UCLA is on state land, these recommendations are only advisory and the state holds the ultimate decision in the center’s fate.

The center offers events and provides a community for active and emeritus faculty, said R. Michael Rich, a member of the Board of Governors of the UCLA Faculty Center.

Although the center is not currently in immediate danger of being demolished, officials at the Conservancy, a nonprofit organization that works to preserve the architectural and historical resources of the city, said they want to preserve it from such a fate in the future.

The Conservancy first intervened with the UCLA Faculty Center in 2011 when the university was planning on demolishing the center to build a hotel and conference center. After protests from faculty and residents, officials decided to build the center is the place where Parking Structure 6 was previously.

The university is opposed to this formal recognition of the building, according to a January letter from UCLA’s campus architect, Jeffrey Averill, to Office of Historic Resources of L.A.

Averill said in the letter that it was unprecedented for the Office of Historic Resources to advise in favor of making the faculty center a historical monument because they do not have jurisdiction over the state-owned campus.

The Conservancy also lacks evidence to validate the building as a historic building, Averill said in the letter.

He added that UCLA is not prepared to make a full historic resource evaluation and requested the Office of Historic Resources to not forward the resolution to the city council.

Elizabeth Cheadle, the President of the Board of Governors of the faculty center, said that the center doesn’t have an official position on the issue.

The UCLA Faculty Center was established in 1959 to provide a retreat to faculty and members of the community.

“(The faculty center) is highly unusual in terms of its architecture and is designed as a transition piece from residential area and campus itself,” said Adrian Scott Fine, director of advocacy at the Conservancy.

Rich said that the vision of the founders was to have a home for the faculty, as it is the only club most can afford to become part of.

Although the center is on campus, it does not receive funds from the UCLA administration, but manages its own finances and receives donations through the UCLA Foundation.

Despite the demands, the resolution was forwarded to the city council. The final decision will be made by the California legislature.

UCLA, which has been consistent in preventing the building from gaining historical status, can influence the decision at the state legislature. Officials at the Conservancy said that it could be because the university would not want to be hindered if it had future renovation plans for it.

Other buildings, such as Royce Hall and Powell Library, aren’t historical monuments although they have gained more recognition for their architectural and historical values, Averill said in the letter. He added that the university has no plans to demolish the center any time soon.

Fine said the nonprofit nominated only the faculty center as the Conservancy has limited resources and they view the Center as the building most likely to be in danger at UCLA.