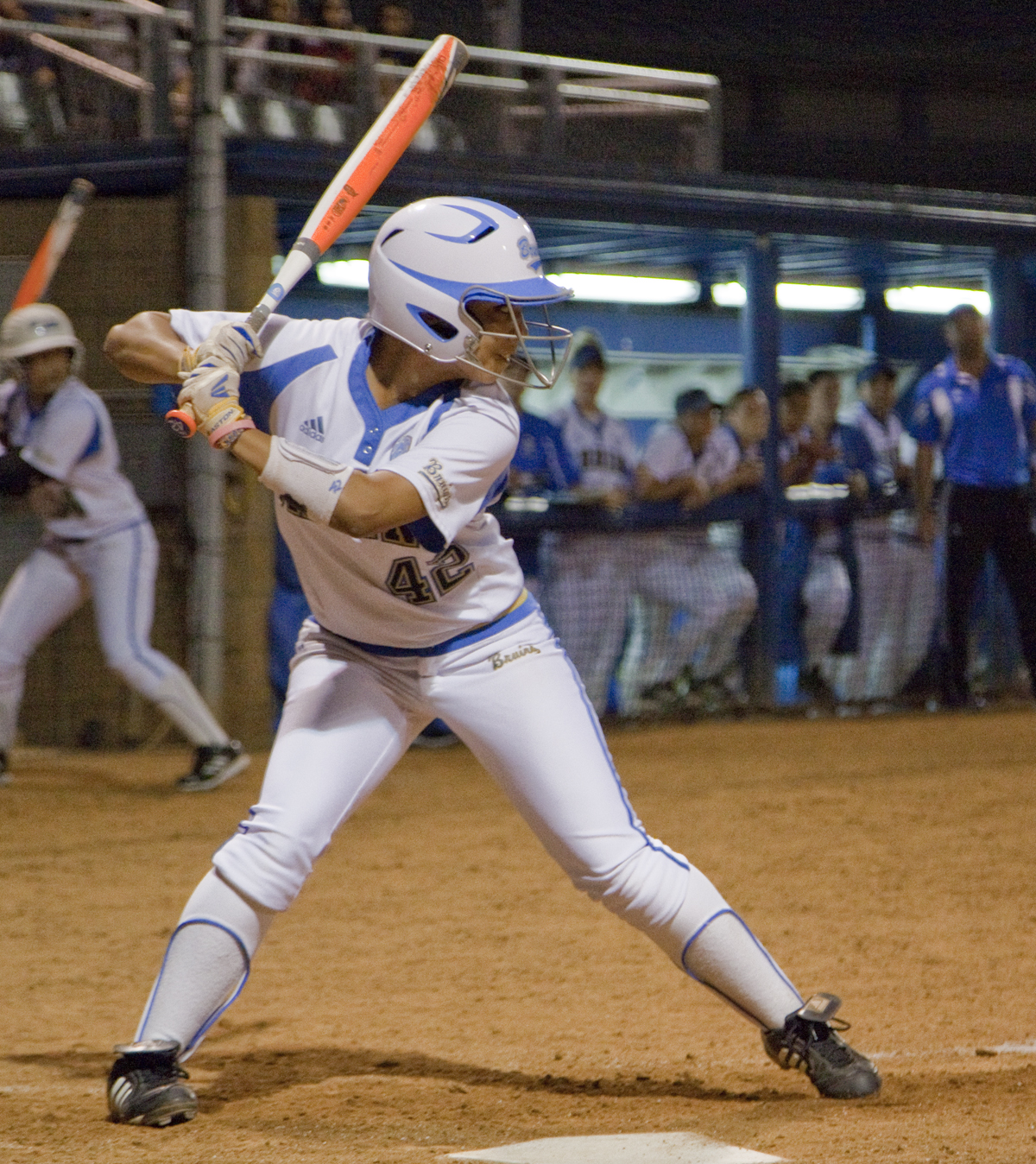 Freshman outfielder Jelly Felix had to wait 19 games before she made her first career start for the Bruins. In that start, she hit a two-run home run. Since then, Felix has started in 16 of UCLA’s last 28 games.

Freshman outfielder Jelly Felix didn’t come into the season as a starter for the UCLA softball team.

While two other freshmen – outfielder Gabrielle Maurice and shortstop Delaney Spaulding – began the year as starters, Felix had to work her way toward a starting position during the course of this season.

“You know, (Jelly) in fall came out and she was a freshman and, to be honest, there were two other freshman that were very highly recruited in the country – both Delaney (Spaulding) and Gabby (Maurice),” said coach Kelly Inouye-Perez.

Although Felix may not have been as highly recruited as Maurice or Spaulding, she showed in fall practice that she had the potential to compete for a starting role in her freshman season as well.

“Jelly came in and literally earned a lot of respect,” Inouye-Perez said. “

She came out and she hit … against our pitchers.”

The art of hitting consistently against UCLA’s pitchers is one that few college softball players have mastered this season. The Bruins currently have the 12th-best team earned run average in the country. Hence, Felix could play at a high level.

“She just proved that you know she’s here to play,” Inouye-Perez said.

Despite Felix’s feats in practice, she was unable to earn a start through the first month of the 2014 season. But in the Bruins’ 20th game, Felix finally got her chance to start in the outfield, and she made the most of her opportunity.

Felix started off with a blast. In her first at bat as a starter, she hit a two-run home run that gave UCLA a 2-1 lead over Loyola Chicago.

Ever since that start, Felix has steadily moved her way up the depth chart. She had at least one hit in each of her next three starts. Suddenly, Felix was starting in conference games for the Bruins. In her 10th start of the season – against No. 1 Oregon – she went 2-2 with a home run. After that game, Felix’s batting average as a starter had ascended to .423.

In spite of Felix’s accomplishments, one of her biggest moments of the season was still to come. In a game against Fullerton on April 10, she came to the plate with UCLA trailing 1-0 in the top of the second inning.

With two runners on base, Felix hit a home run down the line, giving the Bruins a 3-1 lead that they would not relinquish. After that game, Inouye-Perez said that Felix had “absolutely” played herself into a starting role.

Since then, Felix has continued to make the most of her opportunities to start. In the 17 games that she has started, she has a .370 batting average, while her overall batting average is .340. The Bruins are 16-1 when Felix is in the starting lineup.

“She works really hard, so I’m actually very proud of just her accomplishments and what she’s been doing to get this team to where we are,” said sophomore catcher Brittany Moeai.