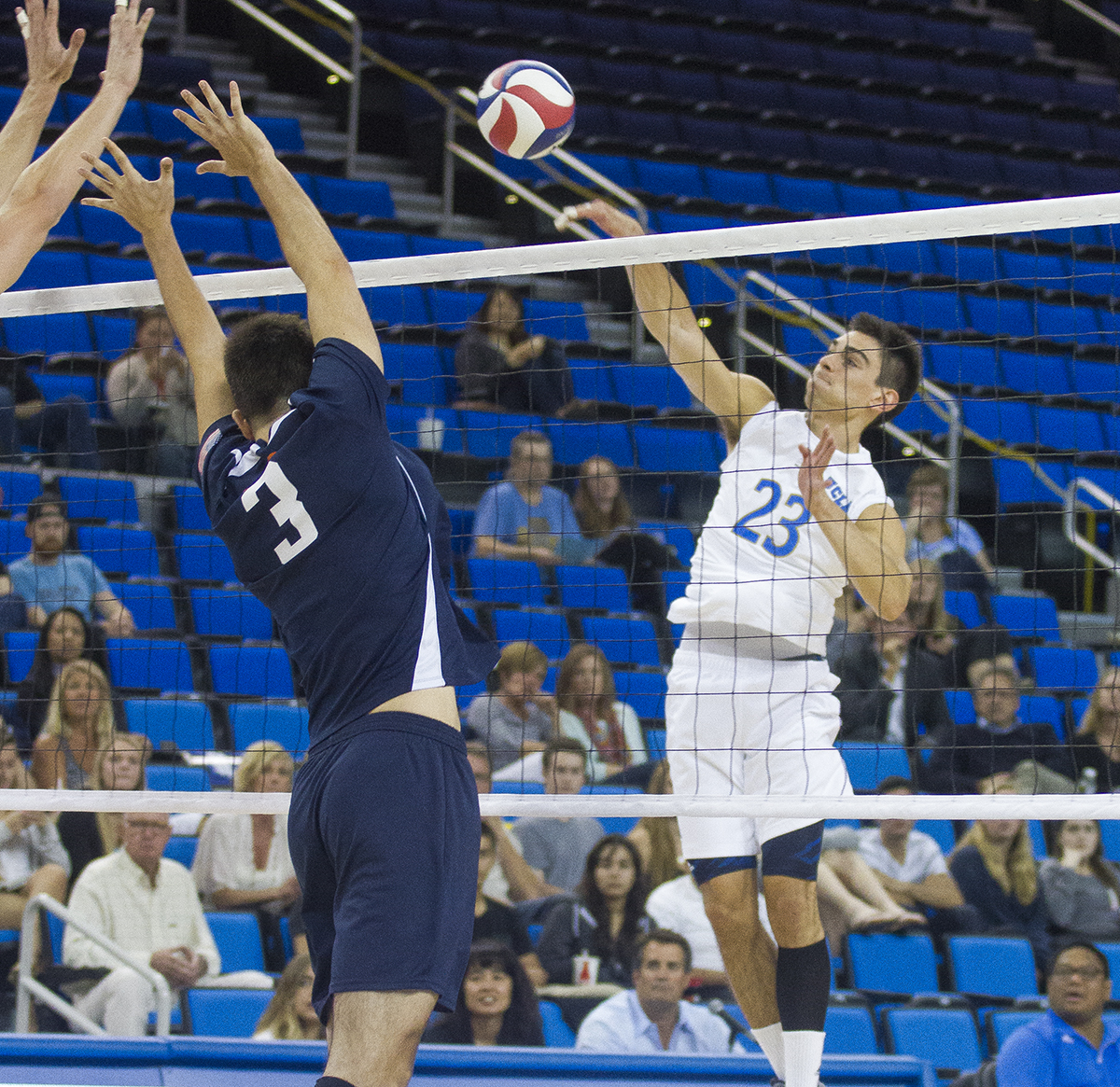 Senior outside hitter Gonzola Quiroga that in the context of difficult teams UCLA is set to face, the team has not “played (its) best volleyball yet.”(Nathan Vanderveer-Harris/Daily Bruin)

It was a scenario that has become all too familiar for the UCLA men’s volleyball team. After dropping a crucial first set to Cal State Northridge Thursday night, the team battled back to win the second and fourth sets before dropping the fifth in overtime and losing the match 3-2.

The loss was unexpected and unfortunate for the Bruins, who have now lost seven of their last nine and handed the Matadors just their ninth win of the season.

“It sucks that we lost in overtime like that,” said senior outside hitter Spencer Rowe. “We need to learn to execute against our opponent’s tendencies … when we didn’t do that we bled points.”

UCLA was perched precariously at No. 8 in the Mountain Pacific Sports Federation standings, so a win could have meant a guaranteed playoff berth and home-court advantage for the MPSF quarterfinals.

Losing means UCLA’s postseason chances become more unsure as the team drops in league standings to ninth. With only three games left to play in the regular season, the Bruins will have to face serious conference contenders Long Beach State and BYU all within the next week.

“We have really tough games coming up,” said senior outside hitter Gonzalo Quiroga, who was the team’s second-highest scorer. “We know it’s going to be tough – we’re playing Long Beach, which is No. 3, and then BYU, which is No. 1. It’s all about getting the best lineup and figuring out the best game to play. We haven’t played our best volleyball yet.”

Losing to CSUN was an unforeseen setback, as the team had hoped to finish the season with a four-game win streak. UCLA now finds itself with its back against the ropes and only a week left to turn its season around.

Saturday’s matchup with Long Beach State will likely decide whether UCLA advances to the conference tournament. With their current record, if the Bruins make the tournament they will have to face the top-seeded BYU Cougars in the first round.

“It hasn’t been maybe the smoothest season to this point, but I think that we have all the right pieces,” said assistant coach Andrea Becker on Wednesday. “Once everybody’s healthy and back out on the court, we can have some consistency. We’ll have a good chance to make a nice run here at the end of the season.”