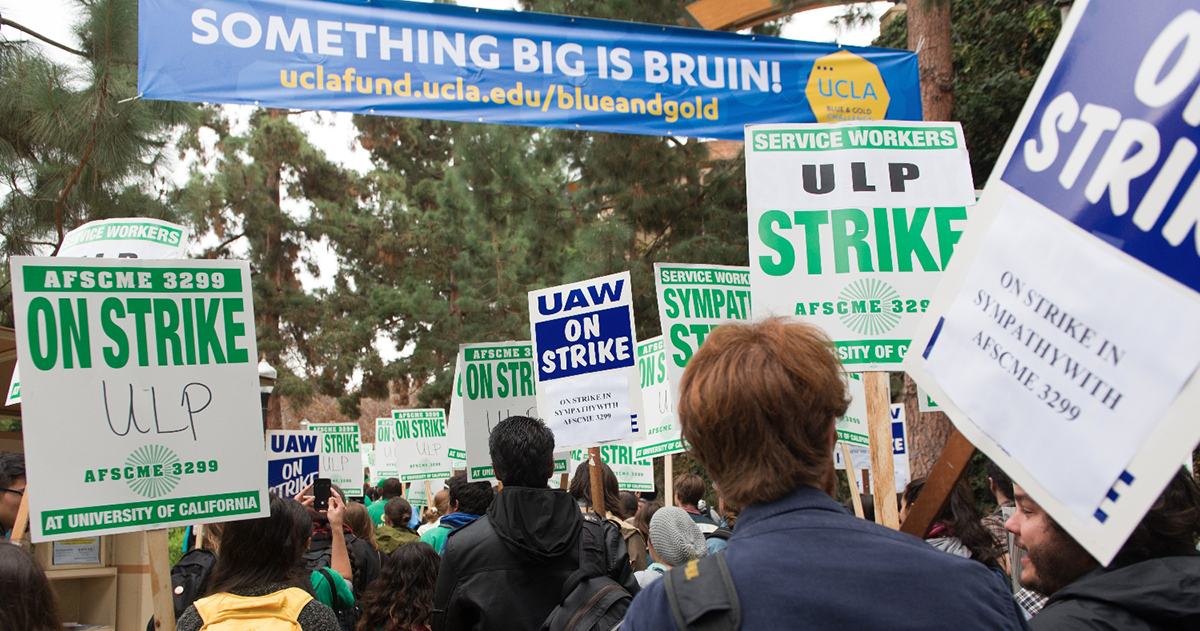 The University of California’s largest union announced Tuesday it will vote next week on whether to authorize a strike for its patient care workers, claiming the
University has backtracked on its negotiations with them.

The announcement comes the week after the union reached a contract agreement with the University for its service workers, calling off a five-day strike it would’ve held this month.

The American Federation of State, County and Municipal Employees Local 3299 alleges the University said it might give itself the power to lay off any number of patient care workers in case of an internal emergency, such as if the University hospitals run low on revenue, said Todd Stenhouse, a spokesman for the union.

Dianne Klein, a UC spokeswoman, refused to comment on the allegation, saying it may detract from the bargaining process.

Stenhouse said this demand – which AFSCME claims the University first proposed in December, then reintroduced last week – would give the University an unlimited power to lay off its workers and could leave UC hospitals short-staffed, since he said patient care workers do not have mandated staffing ratios.

Klein said in an email the union has made demands the UC believes are unreasonable, and that the University is continuing to bargain with the union.

Klein said this call for a strike “is an example of AFSCME’s unnecessarily destructive and confrontational approach.”

Negotiations between the union‘s patient care workers and the UC have been ongoing since late 2012. The negotiations have since stalled over health care, pensions and other issues.

The union held two systemwide strikes in less than a year – a two-day strike in May and a one-day strike in November. The union’s leadership called another five-day strike to be held this month for its service workers, but the strike was averted after the UC and the union came to a tentative agreement for a new service worker contract.

Stenhouse said service workers will hold a vote from Wednesday to Friday to ratify the agreement, which includes wage increases to most UC workers and a freeze in health care rates. The University has said it is offering a similar deal to patient care workers.

He claimed the University’s added demand of emergency layoffs represents the continuation of “illegal conduct” by the University, including the UC’s alleged intimidation of more than three dozen members of the union as it was preparing for its strike last May. But the UC said it had merely asked employees if they planned to come to work during the strike.

The University has said in the past that a strike costs about $10 million each day to the UC in lost revenue and the hiring of replacement workers.

Stenhouse said if the strike is authorized by workers, its unfair labor practice committee will authorize the vote and set the dates for a strike.