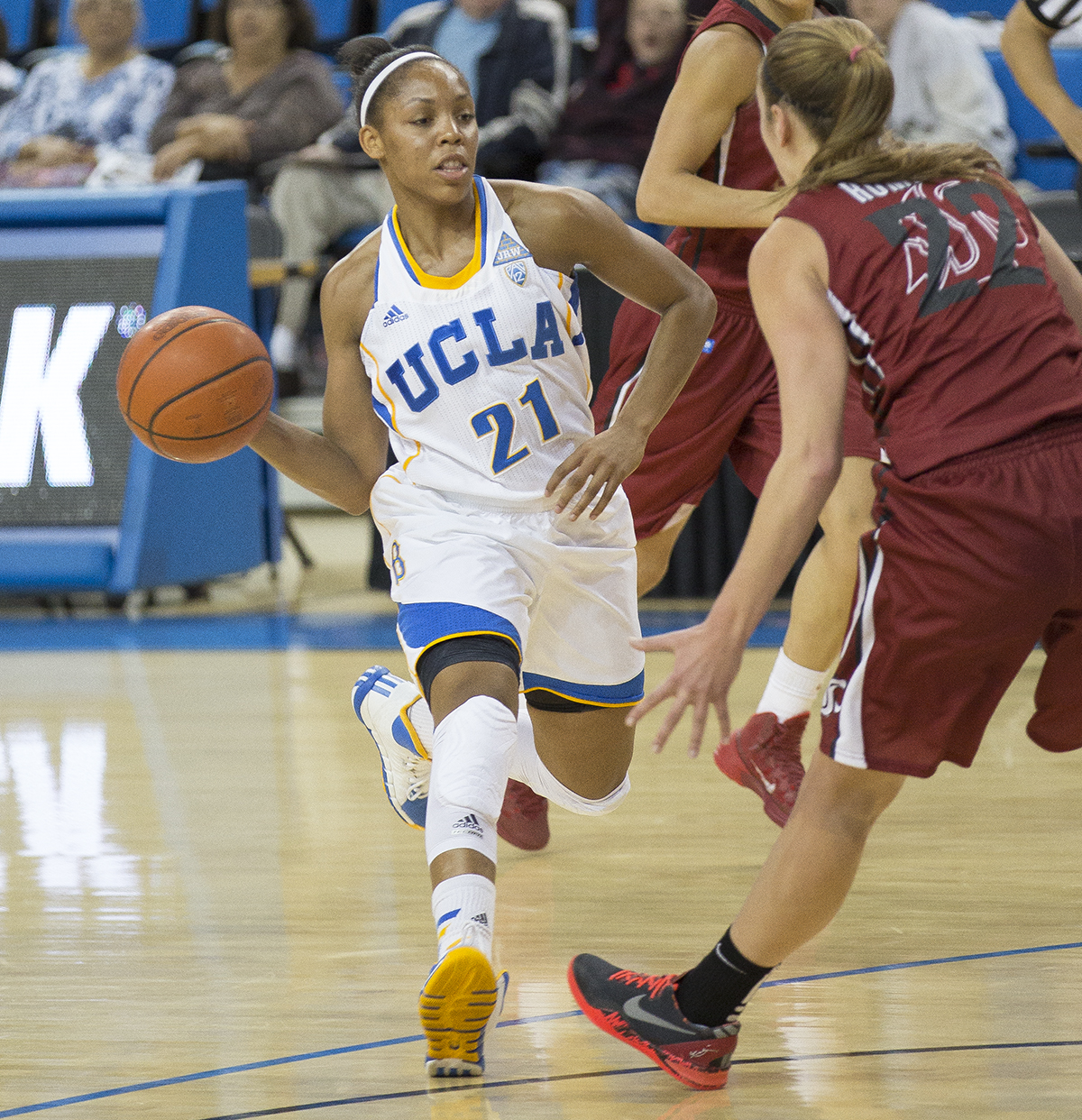 Nirra Fields was one of three UCLA players to score more than 20 points in the Bruins’ 103-83 win over the Oregon Ducks. The sophomore guard finished with 26 points on 8-17 shooting.

For one afternoon, it looked like the roles were reversed.

The UCLA women’s basketball team spent the President’s Day holiday in the Matthew Knight Arena facing off against the nation’s No. 1 scoring offense, the Oregon Ducks. But it was the Bruins who came off looking like the team that averages over 90 points per game.

UCLA kicked off the scoring with a layup from sixth-year senior forward Atonye Nyingifa to give the lead to the Bruins. An unanswered three courtesy of sophomore guard Nirra Fields and another two from Nyingifa, put the Bruins up with a firm lead – a lead that they would never relinquish.

Oregon tried to answer back with Ducks coach Paul Westhead’s patented run-and-gun approach. But it seemed like the Ducks’ arsenal was only loaded with blanks as the home team’s shots more often than not ended up with the ball ricocheting off the rim rather than going down the net.

It was a different story, however, on the other side of the court. Whether it was finding the open player behind the arc or handing the ball into the hands of a teammate who had just slipped through the cracks of the Ducks’ zone defense, the Bruins found a way to position themselves to fire off efficient shots, ending the game with 54.7 percent shooting from the field and 9 for 15 from three.

Adding to a list of Oregon’s woes was UCLA’s effort in the paint in defense. With each shot the Ducks missed, the Bruins responded by grabbing the ball off the wayward bounce and turning it into another chance to increase the lead.

And that lead continued to grow. By the eighth minute, the Bruin lead had already crept its way to 15 points. Although that lead teetered back and forth between single and double digits, it never went away.

The win for UCLA snaps a five-game road losing streak that began against Arizona State on Jan. 12. With only four games left until the Pac-12 tournament, every Bruin win counts toward improving the team’s potential seeding. But the win against Oregon provides a little something extra for UCLA as it’s the team’s first triple digit score this season.