UCLA men’s volleyball zoned in for matchup with No. 3 Pepperdine 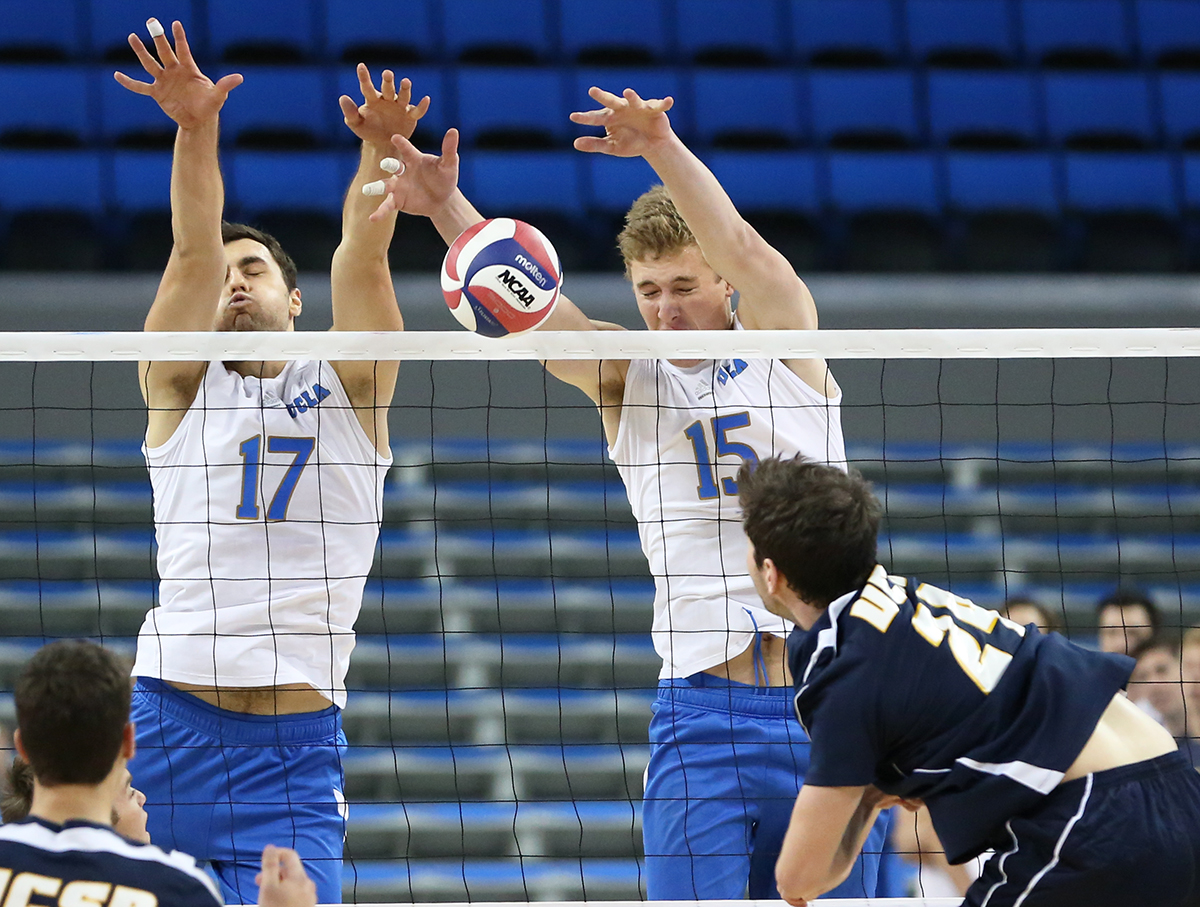 There are a lot of numbers associated with UCLA men’s volleyball as of late – No. 1 national ranking, nine-game win streak, 6-0 conference record – but only one word is relevant to the nation’s top team: focus.

Only 10 games into a long season, the Bruins have made a very strong start heading into what senior outside hitter Robart Page called the “toughest matchup of the year” against No. 3 Pepperdine on Wednesday in Malibu.

Pepperdine is fresh off a win over perennial powerhouse BYU and is currently undefeated at home. The Waves have racked up wins against Mountain Pacific Sports Federation contenders UC Irvine, UC San Diego and USC.

“We’re thinking (Pepperdine) might be a team we see down the road so it’s going to be a good one to learn well,” Page said. “You learn it’s a long season and you realize that the first game and the first 10 games mean a lot, but they mean really little at the same time. It’s all about improving and it’s the long road that matters.”

The Waves are five-time NCAA champions and have made as many national championship appearances in the last decade as the Bruins – two. Pepperdine’s first-ever national title came at the expense of UCLA in 1978, initiating a rivalry that culminated in 1984 when 9,809 people came out to watch a Bruins-Waves contest, making it the largest crowd in Pauley Pavilion for a men’s volleyball contest at that point in time.

“We know that we’re not done and we have a lot of work left to go, so I think the success we had is now in the past and we just look forward to the next one,” said senior middle blocker Spencer Rowe. “What means most to me is that we make sure to give the max heart and effort that we can when we go out and play.”

The last time the Bruins faced the Waves was in last year’s MPSF quarterfinals, when UCLA dominated with a three-set victory to advance to the semifinals. The senior class is looking at its last chance to claim a national title after a loss to BYU in the MPSF semifinals prematurely ended the team’s season last year.

“Our whole class came in with high expectations and we got pretty close last year and I think we all kind of believe it’s possible which is pretty cool,” Page said. “We’re ready to make it happen.”