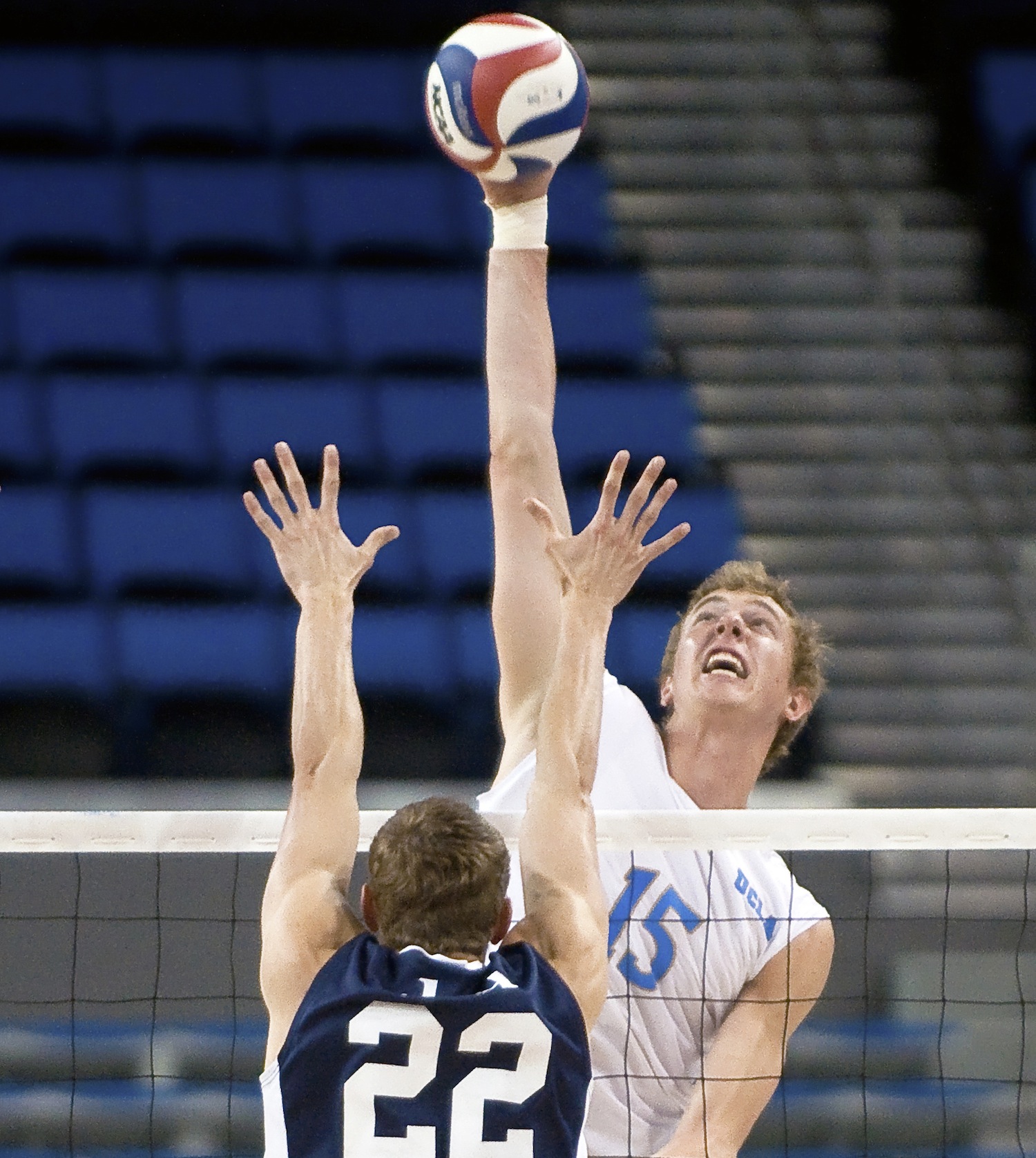 Senior outside hitter Robart Page and UCLA will look to bounce back from their loss to Stanford on Saturday as they travel to Hawaii for the 20th Outrigger Volleyball Invitational.

Cheers of enthusiasm echoed through the Student Activities Center gym on Tuesday, where the UCLA men’s volleyball team was hard at work preparing for its upcoming trip to Hawaii.

Judging from the Bruins’ emphatic spirit at practice, it’s hard to tell they are in the midst of adversity.

Going into last weekend’s tournament, the Bruins (0-1) were ranked second in the nation. Now, just one week after their season-opening loss, they have fallen to No. 7 and are looking to make up the difference.

“I think last weekend was a good weekend for us because … we got our butts kicked, which was good,” said senior outside hitter Robart Page. “It humbles you a little bit, makes you more hungry and ready to go.”

Fifteen members of the squad arrived Wednesday in Honolulu, Hawaii, for the 20th Outrigger Volleyball Invitational, hosted by No. 14 University of Hawai’i, which is scheduled to take place Thursday through Saturday.

Along with UCLA and Hawai’i, competitors include No. 11 Penn State and No. 12 Ohio State.

Coach John Speraw said he isn’t as concerned with the competition as he is with helping his players improve.

“This is really the last weekend where we can do what we need to do … to figure out what the best thing for our team is going to be when we go into league the following week,” Speraw said.

The Bruins dominated competition at the tournament last season, but ultimately fell to then-unranked Hawai’i in the last game. The match came down to the final set, which Hawai’i won 16-14.

“As a team, we’re all doing the same thing so once it clicks, our system will work and we’ll just be a whole different team to what we had at Santa Barbara (last weekend),” Smith said.