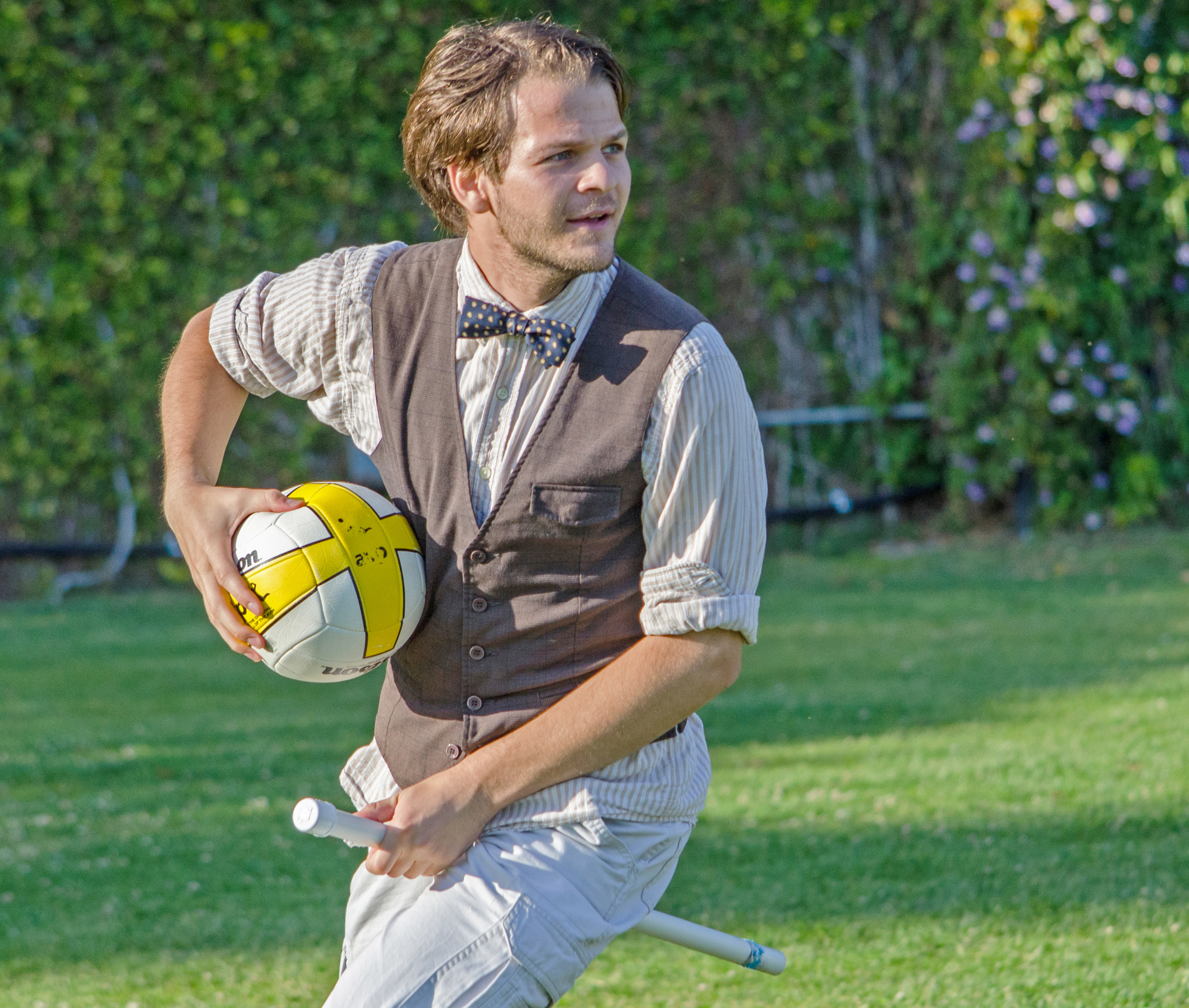 For UCLA graduate film student Farzad Nikbakht Sangari and the UCLA Quidditch team, nothing goes according to script.

It seems fitting, then, that Sangari’s upcoming UCLA Quidditch documentary, “Mudbloods,” was neither planned nor imagined beforehand, but just fell into place and evolved naturally.

“I think (Farzad) somewhat got lucky with us and our team. We ended up having a lot of fun characters. Not every other Quidditch team has a wizard rap group,” said UCLA Quidditch founder Tom Marks, who also plays a central role in the film.

The movie idea formed spontaneously in spring 2011, when Sangari needed to find a subject for a short film project in one of his classes. While walking by the UCLA Intramural Field, he caught a glimpse of the UCLA Quidditch team and decided to take a closer look.

“I was looking around, thinking about films, and I saw this (Quidditch team) and thought this would be perfect. I didn’t know that later I would dedicate two years of my life to it,” Sangari said.

It turned out that the UCLA Quidditch team had also been a spur-of-the-moment creation. Quidditch had been in its first year of being an official club sport on the UCLA campus, after what the players said was an arduous process of becoming a club sport.

“It was just a bunch of friends and some of their roommates deciding, ‘Hey, let’s go do this thing,’” said current Bruin Quidditch captain Brennan Ross about the team’s creation.

As Sangari spent more time with the team, his relationship with the players deepened, and he became consumed with the unique sports narrative that was taking place before his eyes.

“I just kept thinking about it, I couldn’t get it out of my head,” Sangari said.

So as the Quidditch team kept going, Sangari kept following and documenting. By the time the Bruins made their first ever Quidditch World Cup V appearance in fall 2011, Sangari’s class project had evolved into his first full-length movie. His subject – the UCLA Quidditch team – had itself evolved into a novelty, and Sangari sought to capture every aspect of it.

“Throughout the whole process, (Sangari) was very professional and you can tell that he wanted to get the story just right,” Ross said. “He was just trying to squeeze out anything that could perfectly describe Quidditch and what it meant to us.”

Sangari captured this authentic feeling by focusing not only on the games themselves, but by providing context as to how far the team – and Sangari himself – had traveled since the first day they met on the Intramural Field.

“Farzad perfectly captured that excitement and the stake and the realization that whether we lose this game, we got this far and did so much for our first World Cup ever,” Ross said.

Marks further affirmed the accomplishment and credibility of the film.

“The UCLA team and our trip to World Cup V had a romantic and cinematic arc to it that you can’t fake,” Marks said.

Through it all, Sangari’s main goal was to keep the focus off of the brooms and the Harry Potter aspect, instead keeping it on the players’ dedication and desire to make the fantastical game of Quidditch a reality.

Marks explained this passion that Sangari was trying so desperately to capture.

“Quidditch had this unique group of people that could go onto a field and tackle each other and hit each other in the face with dodgeballs, and really in some cases hurt each other, and then as soon as the game ended would be hugging and talking about how great that tackle was,” Marks said. “Even though we were all representing our schools and fighting really hard to win, we never let that hurt our relationship with each other.”

To Sangari, capturing the essence of Quidditch apart from its Harry Potter origins meant changing the way many aspects of the game were perceived.

Now, the only roadblock preventing Sangari from releasing his first full-length feature film is funding. Sangari and producer Eric Martin are using the Kickstarter platform as a means of raising the final dollars needed to make the finishing touches to the film.

Despite this challenge, Sangari said he is fascinated with the idea of taking the fictional and “making it real,” something he said the Quidditch players are doing with the pursuit of the game.

“My film isn’t an adaptation of anything. My film is just documenting them, but they are doing the adaptation. They are taking something and making it their own thing, and I think that’s really important,” Sangari said. “It’s not copying Harry Potter, it’s taking (Quidditch) out of it and making a whole new thing out of it.”

Homework helper/driver needed for a 9th and 11th grader to stay organized and on track in all subjects, but especially math & science. Competitive pay and flexible hours, Mon.-Fri. b/w 3-7 pm in Brentwood. Help with school pick up at 2:50 pm is a plus, but not required. Contact Julie at psychme[email protected]