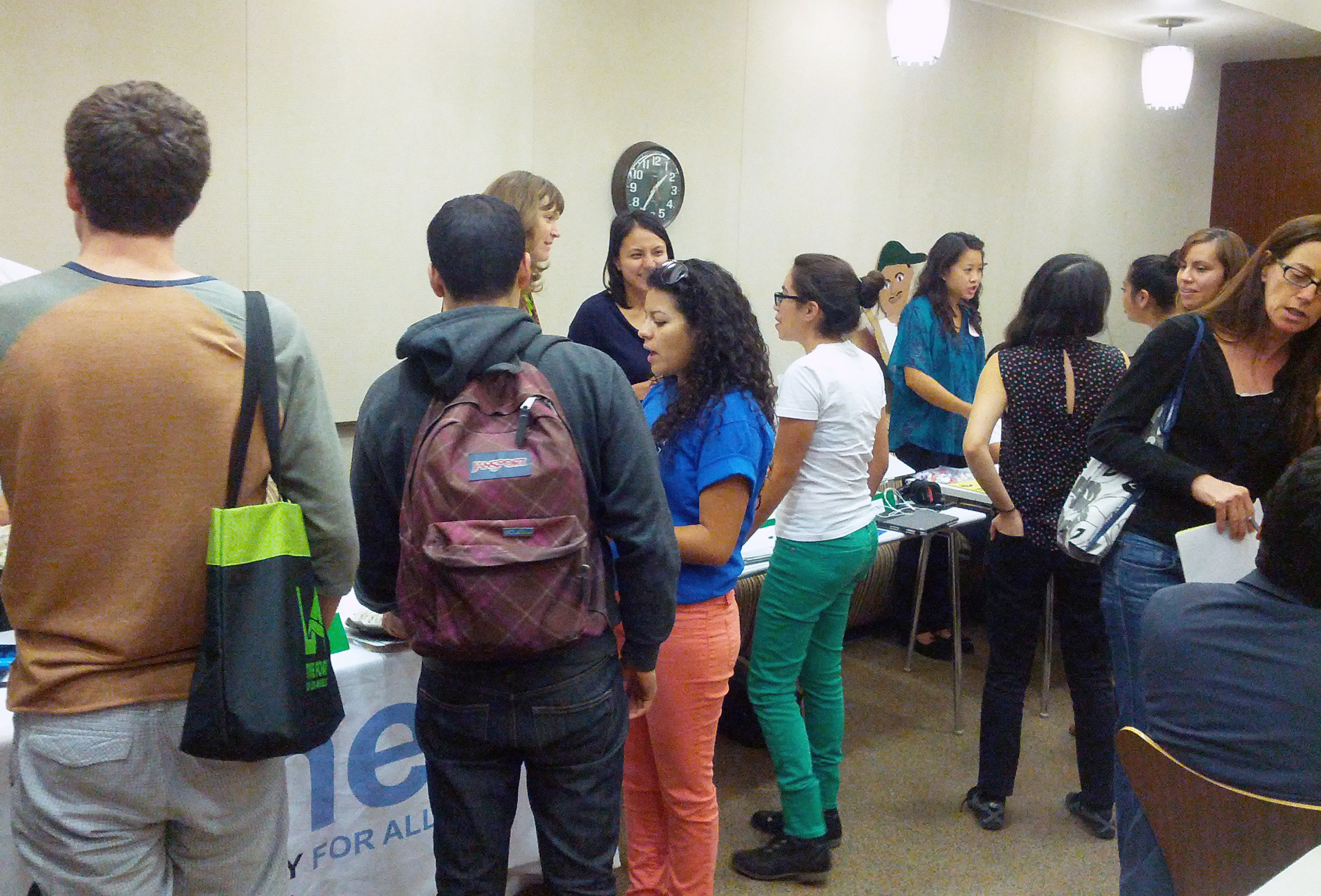 Students spoke about their research on everything from rallies to workers’ rights during a Thursday event in honor of the 10th anniversary of UCLA’s labor and workplace studies minor.

About 35 students and staff attended the event in the Charles E. Young Research Library that was organized by minor coordinator Elizbeth Espinoza.

The meeting, called Engage Yourself in Los Angeles: Applied Research and Service Learning in the Community, is an annual event that began last year, Espinoza said.

Students in the minor learn about working-class movements, unions, public policy and the relationship between workers and employers.

Espinoza said classes in the minor with opportunities such as outside research components and “service learning” experiences are available every quarter.

“The majority of courses (in the minor) have a service component, which many students don’t realize,” Espinoza said. “It challenges students in the classroom, and (teaches them) outside of class, too.”

A few students spoke about their research in the field, including participating in rallies and working to support campaigns for the Domestic Worker Bill of Rights, a bill signed last month by Gov. Jerry Brown that aims to help protect workers in California.

The students presenting said the research they conducted for the minor helped them decide to help workers in the future. They spoke about how they became involved in research and their experiences in class.

“Students are usually interested in the classes, but they don’t always realize they can do (outside programs) like these,” Espinoza said.

Espinoza said the event was aimed at reaching both the 80 students in the minor and others in the UCLA community interested in learning about labor and workplace studies.