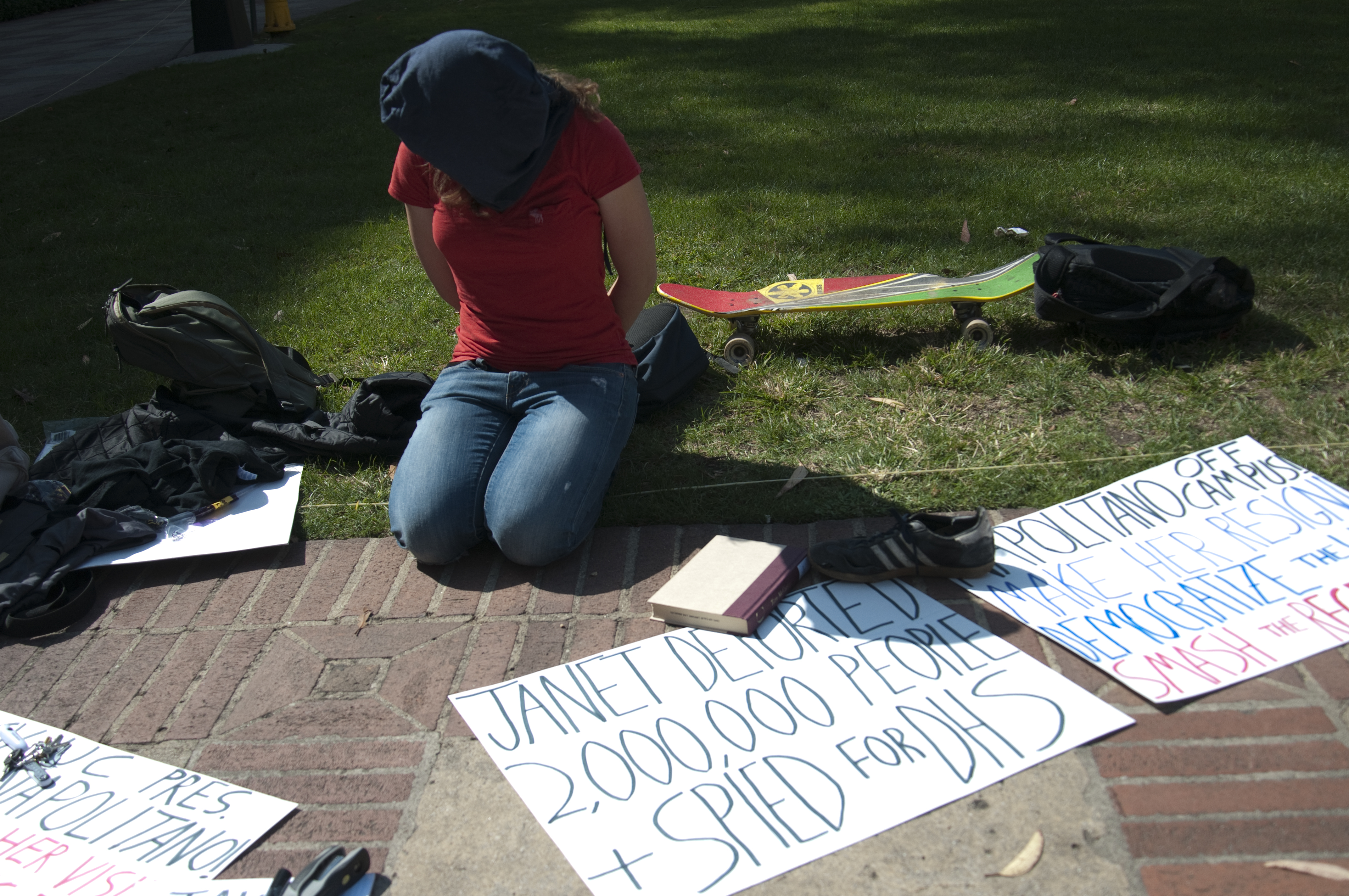 A student knelt with a bag over her head in part of a protest against the appointment of Janet Napolitano as UC President. The student represented the people who were deported when Napolitano served as the Secretary of Homeland Security.

About six students protested the appointment of University of California President Janet Napolitano outside of Powell Library Thursday in advance of her visit to the UCLA campus.

The protest was organized by a newly formed group called the Coalition Against Napolitano, which will be holding another rally in Bruin Plaza this morning.

Napolitano will be visiting UCLA today as a part of a series of meetings she set up with the UC community in her first days of presidency. During her visit, Napolitano is scheduled to meet with more than a dozen students, as well as vice chancellors and Chancellor Gene Block.

The group protested her appointment because she has no academic background and some undocumented students feel unsafe about her presidency, said Sarah Dahnke, a second-year global studies student and one of the protesters.

The demonstrators took 30-minute shifts and kneeled in the grass one at a time with a bag over his or her head to represent the record number of deportations that occurred while Napolitano served as the Secretary of Homeland Security. The other protesters passed out fliers to educate students about their demands for Napolitano to resign.

“I know she’s not going to resign without a lot of pressure,” said Seth Newmeyer, a fourth-year English student who was involved in the protest. “Hopefully this pressure can get the ball rolling on democratizing the UC.”

Newmeyer also said he thinks it is unfair that Napolitano is only meeting with certain pre-selected student group leaders.

Nataly Barragan, a fifth-year biology and Chicano/a studies student, said she stopped at the protest when she was walking by.

She said she plans on doing more research on her own before deciding whether she will participate in the protest today.

“I’ve heard a lot of positive and negative about (Napolitano),” Barragan said. “I’ll take information as it comes.”