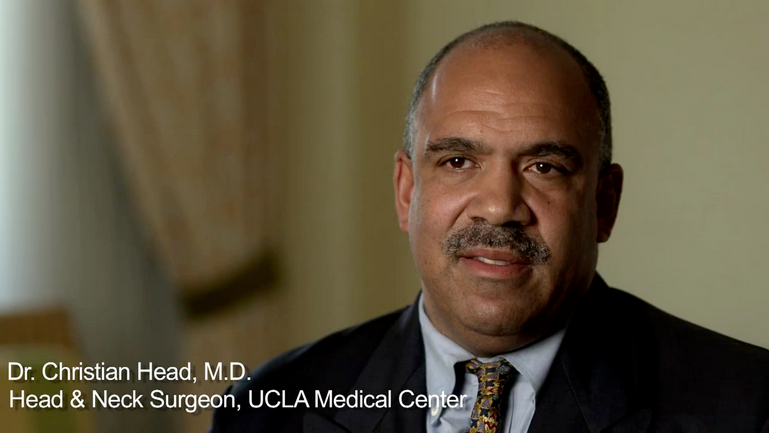 [UPDATED at 2:37 p.m.: A UCLA head and neck surgeon who filed a racial discrimination lawsuit against the University of California last year will be paid $4.5 million as part of a settlement the UC Board of Regents approved Thursday.

The regents agreed to pay Dr. Christian Head the settlement in closed session and officially approved the decision in open session during Thursday’s bimonthly board meeting, said UC spokesman Steve Montiel in an emailed statement.]

He claimed that he was ridiculed by his colleagues because he was black. In a Youtube video addressing the lawsuit, Head describes a specific incident involving a slideshow presentation at a 2006 event sponsored by the UCLA Medical Center.

“The final slide was a photo … of a gorilla on all fours, with my head Photoshopped onto the gorilla, with a smile on my face, and a Caucasian man – completely naked – sodomizing me from behind, and my boss’s head Photoshopped on the person, smiling,” Head said in the video.

After confronting his boss, Dr. Gerald Berke, chief of the division of head and neck surgery at the David Geffen School of Medicine, about the incident and reporting it to UCLA officials, Head said he received no apology.

About a month after the lawsuit was filed, Chancellor Gene Block issued a statement that said UCLA could not substantiate the claims.

Members of the UCLA community came out in support of Head following his filing of the lawsuit.

In the statement released today, the University acknowledged that an inappropriate slide was shown at the event in 2006.

“The University regrets that this occurred. The University does not admit liability, and the parties have decided that the case should be resolved with a mutual release of all legal claims,” the statement said. “The matter was settled to the mutual satisfaction of the parties.”

University officials could not be reached for comment regarding the specifics of the settlement.