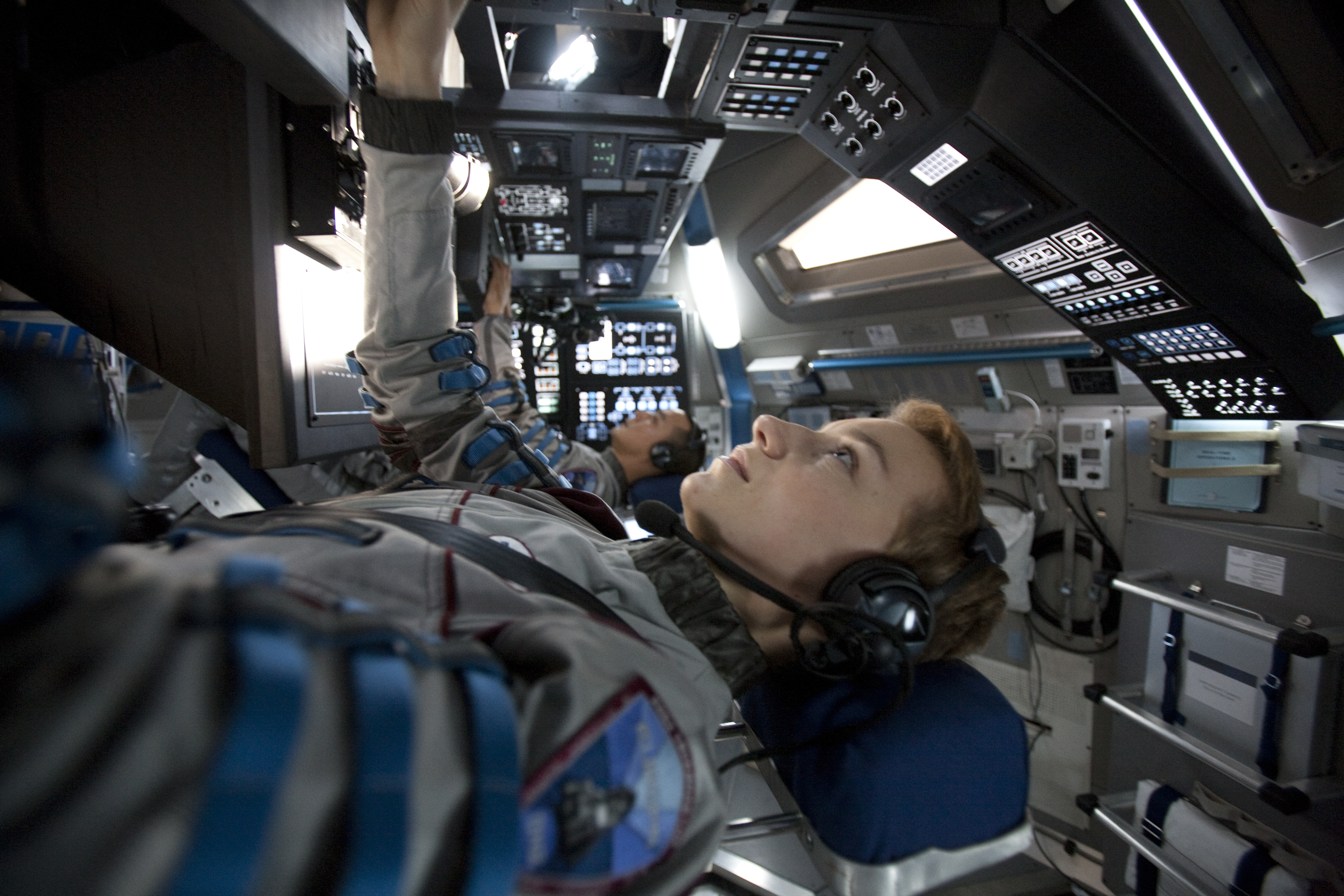 My third day at the fest brings two not completely satisfying movies: the sci-fi “Prometheus” miniature “Europa Report” and the literary adaptation “Winter in the Blood.” As both were rather uninnovative, I was unimpressed, but depending on your affinity for genre film or literary fiction they could both plausibly please the right crowd. Stay tuned tomorrow for more festival coverage.

“Europa Report” follows a group of pioneering astronauts on a journey to Jupiter’s moon (the titular Europa) only to have the trip, surprise, go horribly wrong. It’s this year’s “Prometheus,” albeit on a lower budget. Fortunately, director Sebastián Cordero is no Ridley Scott; unfortunately, director Sebastián Cordero is no Ridley Scott. The smaller scale allows “Europa Report” to focus on the humans, keeping tight focus on the claustrophobic space of the Europa 1 and eliciting splendid performances all around. But there’s a palpable sense of limitation to the proceedings – it’s small, it’s cramped, and Cordero doesn’t have the visual sense to make things compel on a larger scale.

This wouldn’t be much of a problem if it didn’t feel like the film was constantly trying to be more than the chamber piece that it is. The framing device – the Europa Project’s manager or whoever is relating the tale after the fact, using “found footage” from the spaceship’s logs – is maddening and more than a little disingenuous. Time skips along without chronology, flashing back and forth from the in medias res opening to anywhere that seems interesting, regardless of relevance. The biggest (only) star this film has is “District 9” breakout actor Sharlto Copley, and the film doesn’t skimp on trying to stretch his brief screen-time over as much of the film possible. It all adds to a small film with the trappings of a big one, awkward rather than appropriate.

However, when the movie is comfortable itself, Cordero manages to squeeze in more human emotion than “Prometheus” ever did. The low budget helps here: Cordero has, presumably, no money for the big baddies that “Prometheus” used to pad out its finale. So “Europa Report” settles for unseen terror, which is almost always more effective. As the crew keeps getting picked off, there’s a glimmer of a film more akin to John Carpenter’s “The Thing,” a near-masterpiece of dread and suspense. “Europa Report” doesn’t quite get to that level of throat-string tugging, but when the film is playing to its strengths, it comes admirably close.

“Winter in the Blood” is essentially a small tale, set in Montana. An exceptionally sad and lonely Native American, played by Chaske Spenser, goes on a weeklong alcohol bender because of his wife’s departure. He goes into town to retrieve a very symbolic gun that she took and reminisces about his tragic past, all while blackout drunk shenanigans occur.

I’m not familiar with the source material, a Penguin Classic by James Welch, but I’m going to go out on a limb and say that the brothers Smith have made “Winter in the Blood” much more stoic than it needs to be, self-serious even when the characters seem to brim with humor. The directors are bent on imbuing this journey of thirst with the arty angst of, say, Jeff Nichols, when in fact the contours of its characters more resemble the honest caricatures of the brothers Coen. That’s not to say that the story isn’t without real stakes, but by dourly enforcing the seriousness of its intentions, “Winter in the Blood” insists on profundity without actually being profound.

Proud Montana sons, the Smith brothers chew the scenery with immense competence – the yellow plains, the clear skies, the natural light. Shame that they must have melancholy acoustic ballads croon over every scene that doesn’t feature dialogue.  Even more shame that they seem to equate that melancholy with meaning, giving us innumerable closeups of Spenser’s sad, stoic face, even if he’s just playing straight man to his absurd stepfather or the comic on-the-run white guy.

Their whole stylistic system seems to predicate on abusing technique: while the first slow fade that opens the film seems impressive, by the third or fourth time one begins to wonder what it does other than call attention to itself. And while the voiceover at first seemed poetic, almost Malickian, the excessive cherry-picking of good quotes (one can imagine the writers highlighting lines of the book with glee) gives the movie the feel of a literary SparkNotes rather than cinema. It embodies traits of nebulous meaning, uninteresting style and dissatisfying interpretation of the text. Pretty, yes, but not much to hold on to.