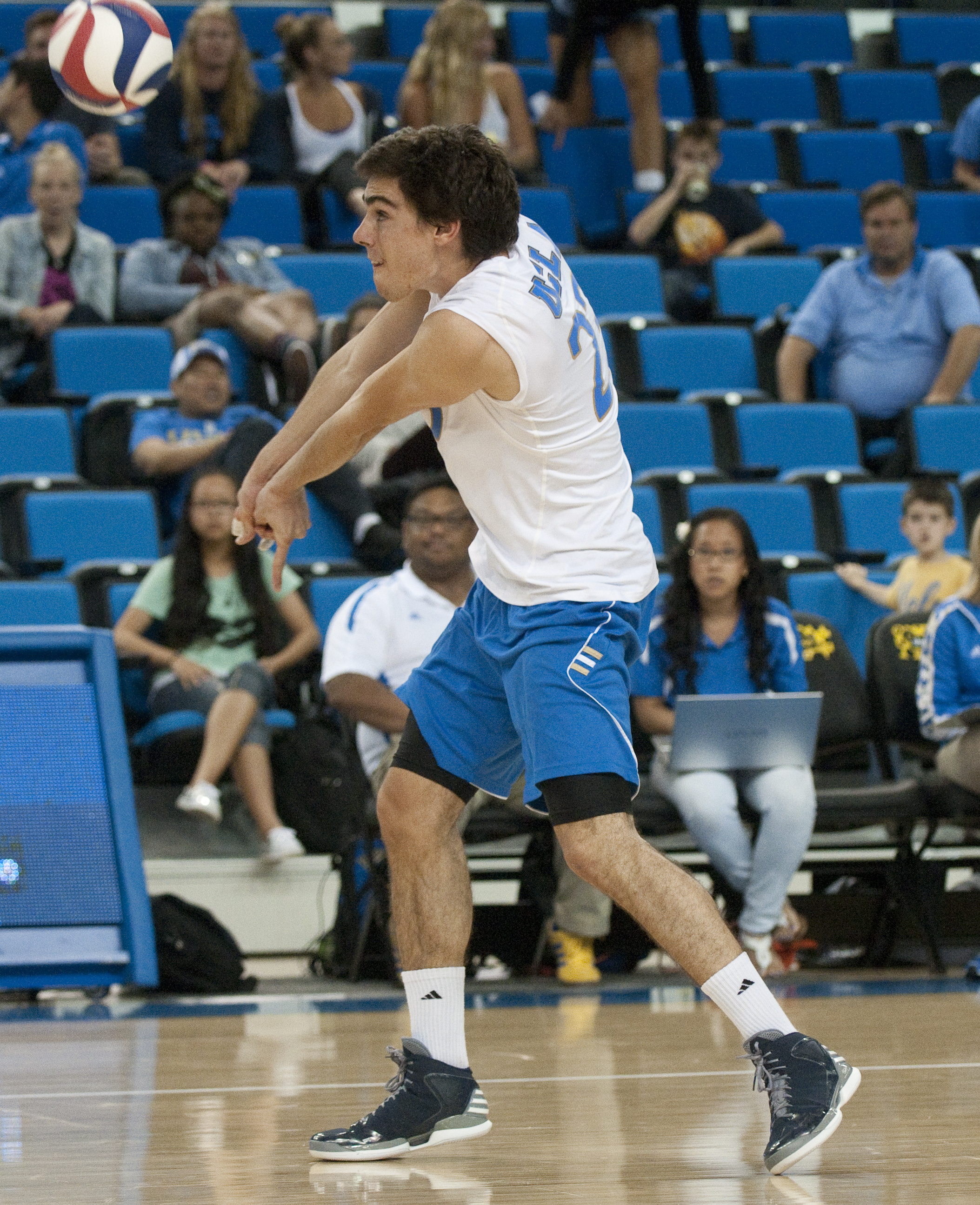 Junior outside hitter Gonzalo Quiroga led all players on Thursday with 22 kills. He and the Bruins had built a two-set lead over the top-ranked BYU Cougars only to lose three straight sets after.

It was nothing short of epic volleyball, a battle that tested both teams to the core. It was the classic case in which neither team deserved to lose, but one of them had to.

The UCLA men’s volleyball season likely came to an end Thursday night in Provo, Utah, as the Bruins let a two-set lead slip away and lost in five sets against the No. 1 BYU Cougars in the Mountain Pacific Sports Federation conference semifinals.

The Bruins will be sorely disappointed they were unable to close out the match after winning the first two sets and finding themselves up 7-1 in the fourth.

The Cougars refused to go away, however, even when a loss would’ve still left them as a favorite to be granted the at-large bid into the NCAA Final Four.

With a win, the Bruins might have had the opportunity to play the Cougars on their home court for the NCAA title next weekend.

Either way, BYU came back in the blink of an eye to tie the fourth set 8-8. From then on it was a slugfest; the two teams went back and forth until they found themselves tied again at 24.

The Bruins were two points away from victory, but it was BYU who took two straight points to push the game into a fifth set.

The intensity in the fifth set was through the roof. Once again the two teams found themselves tied up at 9 apiece, but from there BYU was able to ride a wave of momentum and crowd support to pull away.

They won six of the next seven points to complete the comeback and end the rollercoaster of emotions that had taken place throughout the match.

UCLA fans may have left the arena wondering what could’ve been, but few can point to the season as a whole and brand it as failure.

If anything, it was supposed to be a rebuilding year for the Bruins. They had lost most of their starters from last year’s team that had failed to win a playoff game, and coach John Speraw was coming into his first year as a replacement to Al Scates.

But instead of being a rebuilding team looking toward the future, the Bruins emerged as a contender.

They showed undeniable signs of improvement, ending the season a much better team than the one that started it.

Next season is now a long way away, but the Bruins will likely go into it among the preseason favorites.

None of their starters are graduating, meaning the team will be almost fully intact. And in case any extra motivation was ever needed to come back strong, this loss might have just provided it.