Zoey Freedman: Job training should not be end goal of college 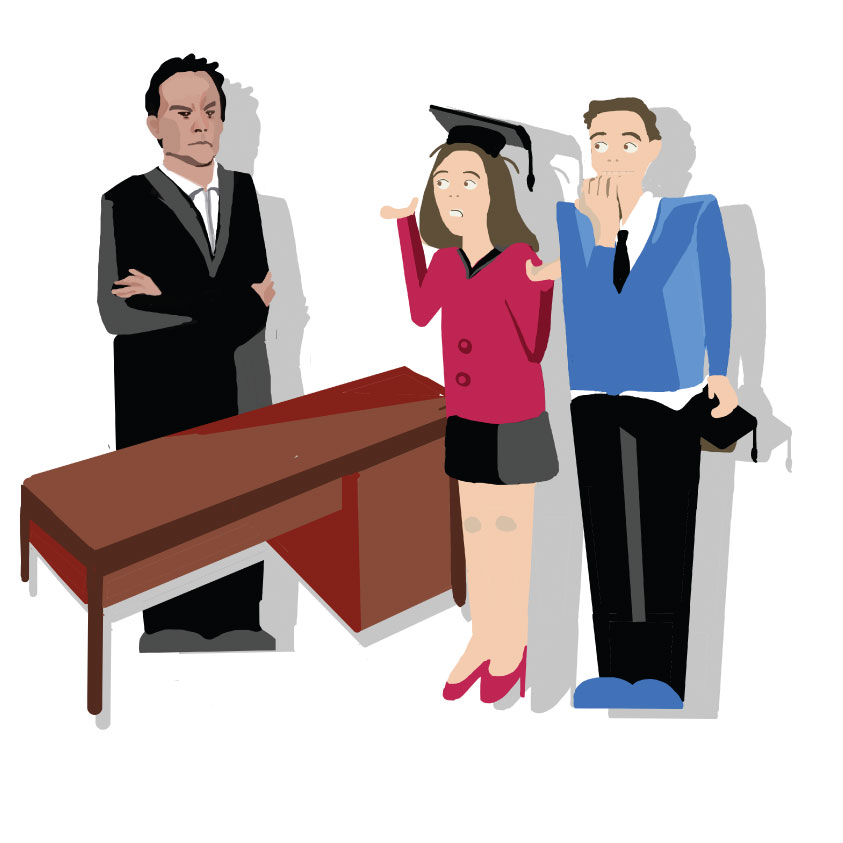 The discrepancy between what employers look for and what universities seek to provide can leave students with a great deal of uncertainty as they navigate their first post-graduate jobs and internships.

The issue at the heart of this gap, one that education experts have long grappled with, comes down to the nature of the relationship between formal higher education and the workforce.

A recent survey by the Association of American Colleges and Universities found that only 44 percent of employers feel that recent graduates have the skills required to advance in their companies.

According to the same survey, only 56 percent of employers expressed satisfaction with the preparation recent graduates received from their universities.

While career success is the end goal for many students, vocational preparation should not be the end goal of higher education institutions.

The role of the university in the employer-education equation is not so complex.

Universities are not meant to be factories, churning out new workers every year, and students should not approach their bachelor’s degree as such. Employers can’t necessarily expect students to graduate with advanced or highly tailored career skills.

In today’s competitive global economy, the bar has been raised for what workers need to do in order to be successful, said Debra Humphreys, vice president for policy and public engagement for the Association of American Colleges and Universities.

As a result, employers have come to expect a new pace of adjustment and innovation from employees, Humphreys said.

But the purpose of college is to be educated in both broad and major-specific fields of interest, whether or not these will actually translate into useful tools in a specific workplace.

For example, an English student may not end up professionally working with English literature, but the critical thinking skills gained from the academic environment could be applied to numerous professional fields.

It would be a huge mistake for higher education to focus primarily on training students to fill specific positions because many jobs quickly become obsolete with the speed of change in our economy, said Carol Geary Schneider, president of the Association of American Colleges and Universities, in an email.

But in the context of a four-year university, ample opportunities exist for students to develop those career-specific skills on their own.

The buzz words thrown around by recruiters, including leadership, communication, analytical reasoning and problem-solving skills, are best developed concurrently in and out of the classroom.

According to the Association of American Colleges and Universities, employers reported that the learning outcomes that universities should most emphasize are critical thinking skills, spoken and written communication and problem solving.

Many of these qualities can come from extracurricular experiences like part-time jobs, internships or volunteering rather than in the classroom or from textbooks.

Although the global economy continues to become more competitive and complex, the goal of higher education remains the same: to pass on a comprehensive foundation of knowledge for students to build on for the remainder of their professional and personal lives, not simply to provide trade-specific training.