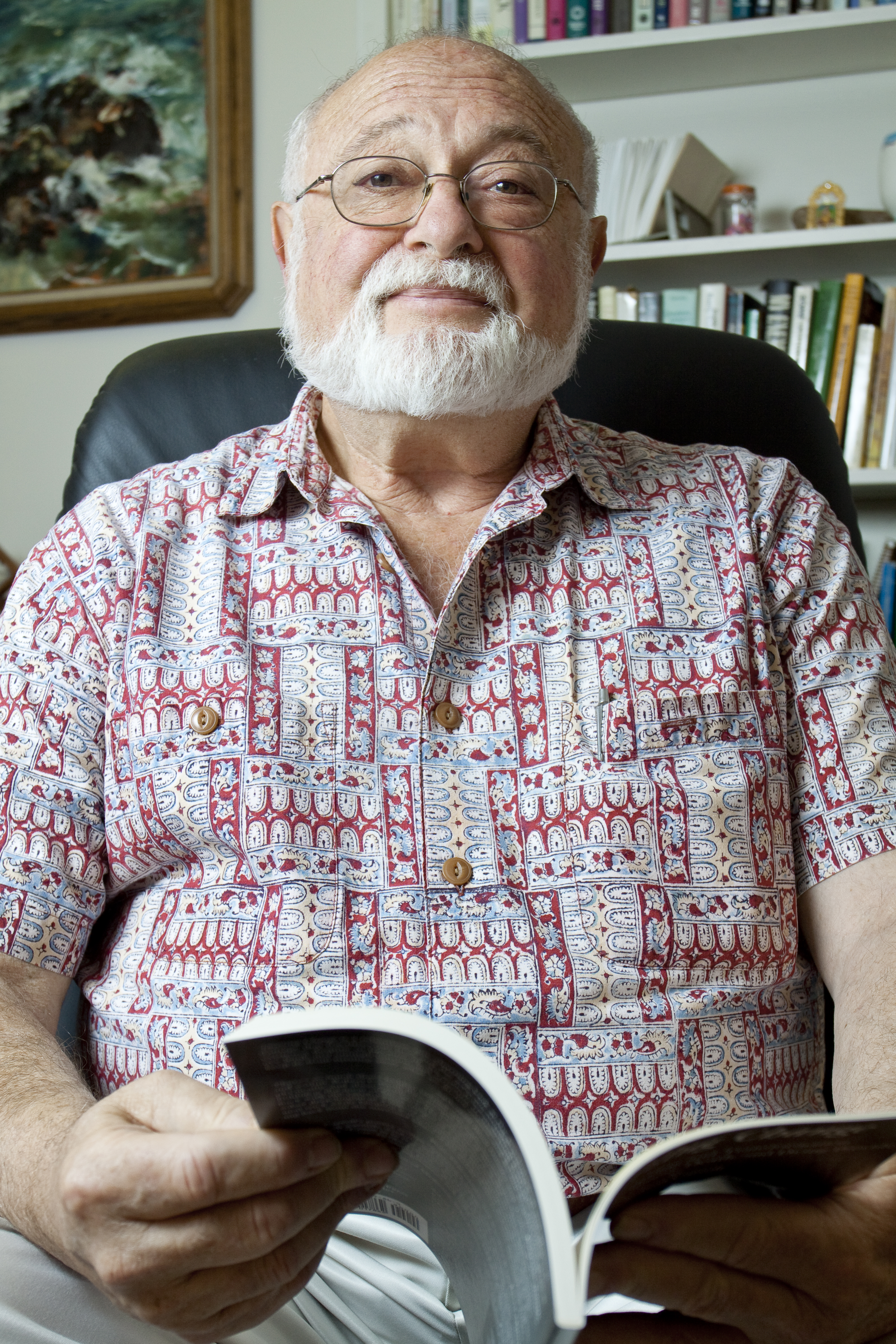 Robert Carroll, a UCLA Medical Center psychiatrist, has his patients write poetry to help them cope with their struggles.

During therapy sessions in a small office south of Wilshire, patients are greeted by classical music, a warm handshake and an important question: Have you ever been moved to write a poem?

For about 20 years, Robert Carroll, a UCLA Medical Center psychiatrist, has encouraged his patients to turn their troubles and everyday experiences into poems to help them reveal truths about themselves and their relationships with others.

Patients bring the poems and passages to their therapy sessions, and Carroll uses the patients’ writing to guide the patients through their deep emotions.

“These exercises aren’t about what’s wrong with someone,” said Carroll, a clinical faculty member in UCLA School of Medicine’s psychiatry department. “It’s about having someone speak their truth from an inner voice, and that’s where the real healing starts.”

Angela Salgado, who works in UCLA Medical Center administration to help determine if cancer patients are eligible to receive chemotherapy, said poetry therapy can be strong medicine because it is accessible, affordable and helps to regenerate the human spirit.

Carroll received an undergraduate degree in engineering from The Cooper Union, a college in New York.

But soon after, he decided he wanted to attend medical school because he discovered he disliked engineering. During his medical internships, he would notice patients upset or crying and would make notes in his folder to return to talk to them.

While interacting with his patients, he realized he wanted to specialize in psychiatry.

Carroll said his love of expressive writing came in his late 40s when he was overwhelmed by the deaths of his father, his beloved dog and a close patient.

Instead of formal therapy, he just started to write.

Carroll soon began sharing his poems at open mike nights and coffee shops and he found that his most personal poems were the ones people could relate to the most.

“I found that what is most personal is most universal, and I came to the conclusion that expressive writing is a natural healing process because it spurs from us in a time of need,” Carroll said.

His personal endeavors transformed into an exercise he shared with his patients, in communities and in workshops across the nation.

For 20 years, Carroll tried the use the power of poetry to help a husband and wife cope with her severe illnesses and eventual death.

The husband, Edmund Shaff, said the thought of writing poetry as a form of therapy never crossed his mind, until after a physician referred him and his wife to Carroll.

After witnessing the development of his wife’s writing skills and the renewed understanding she had of herself, Shaff said he felt compelled to write his first poem as a way to come to terms with her illness.

“By the end of the writing, I had tears flowing and I felt like I had touched a well-spring,” Shaff said.

Carroll combined the Shaffs’ work to create a dialogue poem between a husband and wife – an exercise that turned out to be one of the poems read at her memorial service.

In 2003, the UCLA department of neuro-oncology asked Carroll to pair brain cancer patients with poet colleagues to help them through their experience. For two years, “The Art of the Brain” program was the catalyst to poems about pain, acceptance, surgeries and intrapersonal journeys.

A few years later, Carroll published his own book of poems, titled “Amazing Change,” inspired by his experiences as a physician and a man.

Fox, who has taught in medical schools and conducted poetry workshops around the world for more than 30 years, said he has seen an increase in the demand for whole-person healthcare, which focuses on both physical and mental well-being.

“Nowadays, doctors are staring at a computer screen the whole time and never even look at the patient,” Fox said. “But our humanity matters and our stories matter.”

Carroll said he believes physicians who use poetry in their practice can better understand their patients.

For example, Carroll wrote a poem about patients with experiences with incest, after working with such patients in his practice.

“When I read the poem back to them a woman said, ‘I didn’t think you understood what I told you, but now I know you do,’” he said.

Carroll now spends his time editing poetry and holding workshops on poetry healing. He said he hopes his workshops will help make expressive writing more accessible to people in all communities.

“It doesn’t matter if it’s a group of homeless men, or a group of kids,” he said. “When people write, they bring their best selves.”