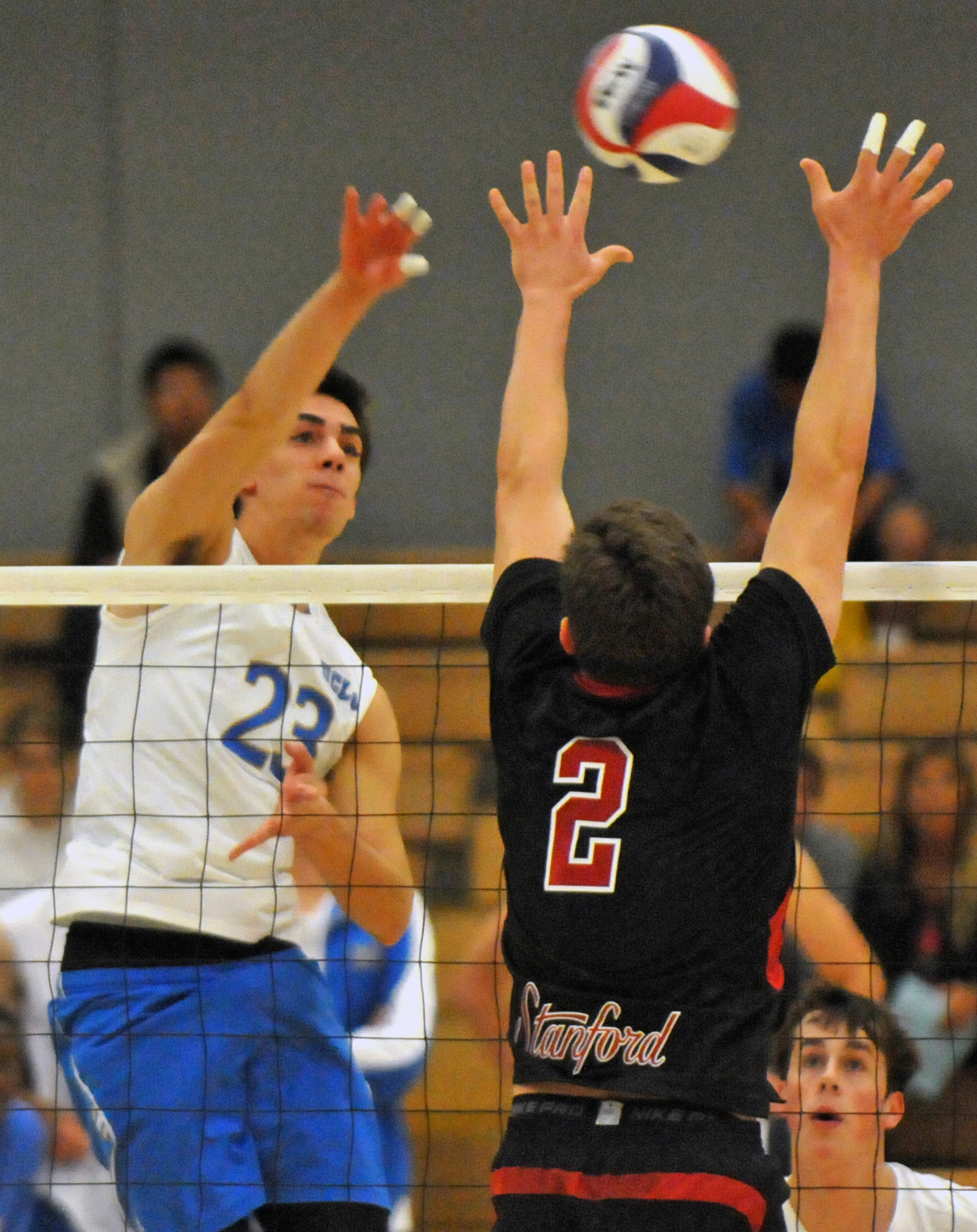 Junior outside hitter Gonzalo Quiroga struggled early in Sunday’s match, but his play in later sets helped close out the win over Stanford.

Gonzalo Quiroga had been largely invisible for the first two sets. The junior outside hitter’s kill attempts were struggling to stay inside the court and his serves just didn’t go over the net.

Even with its most dangerous offensive weapon performing at a sub-par level, UCLA found itself with a 2-0 set lead over rival Stanford in an eventual 3-0 win on Sunday.

Later in the match, with the momentum and the third set hanging in the balance, it was none other than Quiroga who took over and helped close out the game.

Quiroga provided the late-game spark both on offense and defense that the team needed to slide over the finish line; he racked up six kills, three digs and two blocks in the last set after what was a slow start to the match by his standards.

“I was having a bad game, I think it’s pretty hard when things are going wrong to stay focused and bring energy to the team,” Quiroga said. “I think after I talked to coach (at the end of the second set) I slowed my game down a little bit and whole team worked it out.”

The current Bruin team is vastly improved compared to the one that lost in four sets to the same Cardinal team back in late January.

The team is more cohesive, and with a better mindset when it comes to overcoming adversity.

In the third set, even in the midst of Quiroga’s hot streak, the Bruins dropped two match points and consequently had to fend off two set points that would have extended the match.

Earlier in the season, the team might have lost the set in a similar situation. But this team executed in crunch time, earning the 29-27 set win to clinch the match.

“It was about a change of attitude; we all got in the huddle (in the third set) and said, ‘Let’s start having fun out here,’ and we started smiling and having a good time; the volleyball just followed,” said junior outside hitter Dane Worley.

UCLA has an opportunity to continue its winning streak on Wednesday against a Long Beach State team that also defeated the Bruins in four sets earlier this season.

“It’s going to be on the road, and it’s the week before finals,” Speraw said.

“This is always a challenging time of the season for us, so we’re going to have to make sure that we’re taking care of ourselves and not getting too tired over the week so we can go out and perform at our best.”