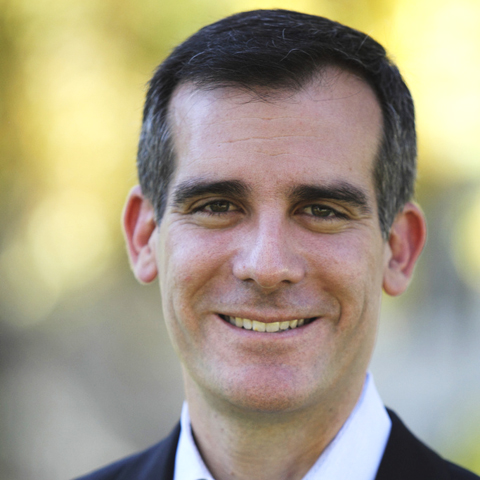 To explore articles and audio from the Daily Bruin editorial board’s interviews with the candidates, visit dailybruin.com/la-election/.

This board endorses Eric Garcetti for mayor because he understands the specific problems that different parts of Los Angeles face and has tailored solutions for each, along with economically feasible ways of funding their implementation.

In an interview with the editorial board, Garcetti provided more thorough solutions than his opponents to problems in education, community and transportation, to name just a few areas.

Garcetti wants to work with the major colleges of Los Angeles in order to help students get employed after graduation, and this board sees him as the best candidate for UCLA students, as well as for Los Angeles as a whole.

One such plan is to work with UCLA, the University of Southern California and California Technological Institute to keep engineering students in Los Angeles after they graduate. Not only would this help college graduates and employment within the city, but it would make Los Angeles more startup-friendly, and contribute to the growth of the technology and engineering sectors, where employees are in demand.

Another plan is to establish a public-private partnership with the city’s research universities to expand green jobs.

Garcetti was able to discuss the ways in which he wants to fund his plans, which set him apart from the other candidates.

To make better use of the city’s funds, Garcetti said he plans to have the city’s general managers, who are in charge of all the city’s projects, reapply for their jobs. This demonstrates his commitment to follow through on new programs and cut where the old administration should or could have.

Still, it could be dangerous to rely on reallocation of existing funds for new projects.

Public transportation is one of the city’s greatest weaknesses, and Garcetti has several ideas for stretching the system to reach more Angelenos and better connect the city.

He would look to light rail primarily and heavy rail where it is necessary, something that would help college students become better embedded in the L.A. community, rather than staying solely in the Westwood bubble. While these rail lines may take more time to come together than students will spend here in college, they will be beneficial in the long run.

He also understands that there needs to be short-term solutions, like using a system of smaller buses that would connect to larger lines, to ease access to public transportation.

The West Side is unlikely to be the mayor’s focus for improvement. But this board is sure that were residents to go to Garcetti with problems, he would be prepared to help them based on the improvements he’s made to areas in his district that bear some similarity to Westwood, like Echo Park and Silver Lake.

Garcetti is clearly the best choice because he has a detailed plan for the city and the capability to see it through.