Album review: ‘Push the Sky Away’ by Nick Cave & the Bad Seeds 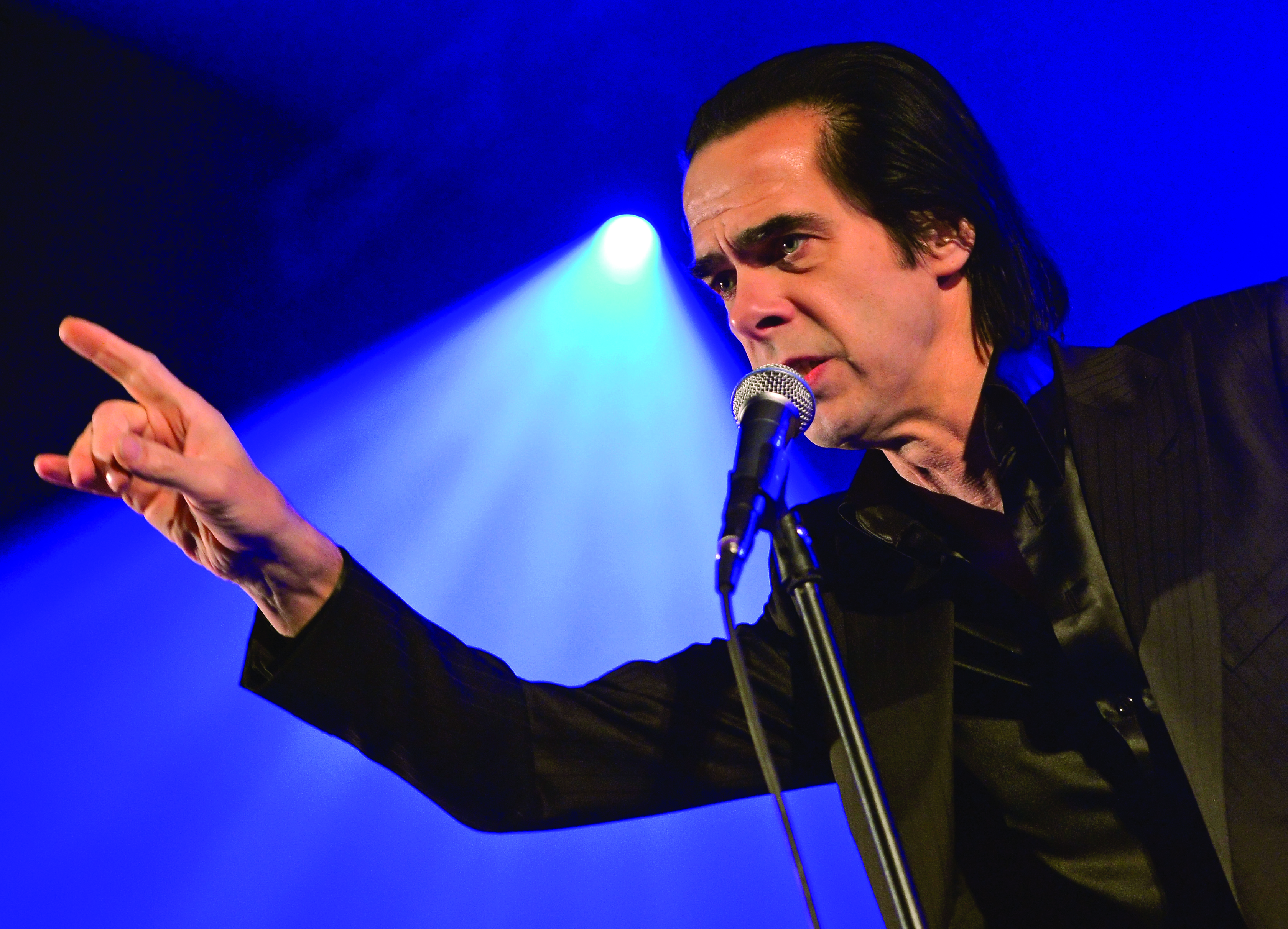 “Push the Sky Away”

Nick Cave never pretended to be nice. Putting aside the noisy side project, Grinderman, his “quiet” albums always aimed to disquiet, his singer-songwriter affectations merely a sneaky way to disturb and perturb.

“Pushing the Sky Away,” his latest album with the Bad Seeds, aims for a particularly haunting brand of quiet – it’s replete with myths and tales and grotesque horror, and its music is so sparse as to seem ghostly. But it doesn’t work the way it wants to.

Its attempts to blend corniness and morbidity come out to mixed success, ending up equal parts provocative (in a good way) and ridiculous (in a bad way). The way the album flows, it almost reads as a film score, but it ultimately feels like a mutant version of elevator Muzak.

If that comparison seems damning, there’s more than faint praise to be found in Cave’s reliably creepy mutations of mundanity. Take the first track, “We No Who U R,” which indulges in an almost meditative keyboard rhythm, plodding along as if it were playing in the background of a dentist lobby. Much like going to the dentist, it’s mostly a facade – in fact, as Cave repeatedly drones, “We know who you are/ And we know where you live/ And we know there’s no need to forgive,” the end effect is downright ominous.

There, Cave achieves a startling balance of normalcy and mystery, but by the time he reaches “Jubilee Street,” the balance tilts decidedly for the mythical and the abstract. Beginning with an irresistible guitar “riff” – it’s so skeletal it barely counts – and assisted by a deceptively steady rhythm, the song works its way through its laborious messages (“They ought to practice what they preach”) and images (“I got a foetus on a leash”) with devoted fervor.

By the time the strings kick in, the ballad has gone rock, the tempo pushing itself to a transcendence that the lyrics don’t necessarily validate. It’s a formidable contact high and forms the musical highlight of the whole album. Unfortunately, it also signals a turning point for the album lyrically, as afterward Cave gives in to dead-end metaphors, pop culture references and unconvincing attempts at humanism.

In “Mermaids,” one of the album’s most egregious missteps, Cave leaps into kitsch: “She was a catch/ We were a match/ I was the match that would fire up her snatch.” Combined with the portentous, hardly ironic ripples of guitar, the song is hard to interpret as tongue-in-cheek; it’s woefully self-serious and utterly risible.

Elsewhere, the dabs of kitsch are easier to stomach. When he references Hannah Montana, the groove of “Higgs Boson Blues” laughs it off. When he sorrowfully croons “Wikipedia’s heaven” in “We Real Cool,” there is some leeway because, although inelegant, it is at service of real lament for the now inescapable past.

Perhaps by being desperate for modernity he’s commenting on the blurring distinctions of past and future, one of which is haunting the other. Unfortunately, it’s hard to lend sympathy to the lamentations of a singer so singularly devoted to scares and shocks. On the album-finishing title track, he tries to be inspirational: “If you got everything and you don’t want no more/ You’ve got to just keep on pushing/ Keep on pushing/ Push the sky away.”

Maybe he’s run out of ghosts and ghouls, maybe this signals a humanist period, akin to an off-brand Leonard Cohen. The proposition is doubtful, those bass lines are the opposite of gentle, but he definitely feels the need to evolve. He could still push the sky away.