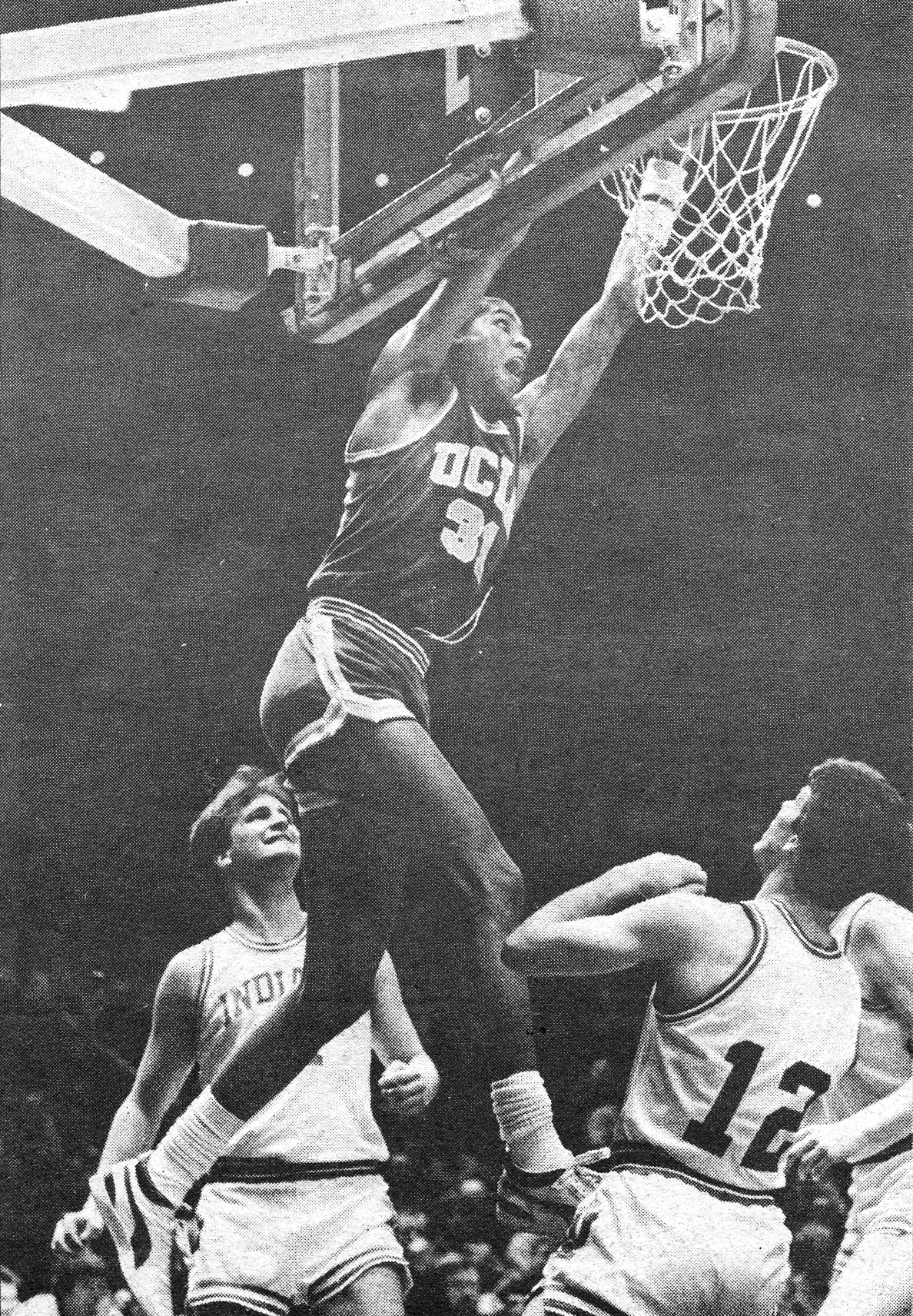 Reggie Miller’s iconic No. 31 jersey will be retired at Pauley Pavilion in a ceremony before tonight’s game against USC.

Miller is known as one of the best three-point shooters in the history of the game, and his name is enshrined in the Naismith Memorial Basketball Hall of Fame. He will see his name and number in the rafters of Pauley Pavilion joining the likes of just eight others.

However, Miller stands apart from the rest of the Bruins whose names go down in UCLA folklore with retired jerseys – he’s the only one who did not win an NCAA championship. However, in his sophomore year at UCLA, he helped the Bruins win their first and only National Invitation Tournament Championship in school history. He was named the NIT’s Most Outstanding Player, scoring 18 points in the championship victory over Indiana.

But it was something in his final year at UCLA that would forever change the course of basketball history – the three-point field goal was instituted in college basketball, and Miller’s shooting ability, especially that from beyond the arc, would earn him acclaim throughout his NBA career with the Indiana Pacers.

Drafted by the Pacers in 1987 with the 11th overall pick, Miller remained in Indiana for his entire professional career, scoring 2,560 3-pointers – an NBA record at the time. Miller is also the third all-time leading scorer in UCLA history, behind only Don MacLean and Kareem Abdul-Jabbar while tied with Jason Kapono.

To have his jersey retired against USC is a family affair for Miller. His sister Cheryl, who is arguably the best women’s player in the history of basketball, played for USC. These days, both serve as NBA analysts and reporters for TNT.

In 1985, Reggie Miller, as a sophomore, led UCLA to its first and only NIT title in school history. In the championship game, Miller led the Bruins in scoring with 18 points on the way to a 65-62 win over Indiana. The championship banner hung in the rafters of Pauley Pavilion until UCLA won the NCAA Tournment in 1995 and that banner replaced it.

Miller carved out a career in which clutch shots were commonplace. One of his most memorable performances came on Jan. 24, 1987 against Notre Dame. With just 10 seconds to play and the Bruins down a point, Miller sent a 28-foot, three-point dagger to the Fighting Irish that would win the game for the Bruins. The game reignited a flame of rivalry between Notre Dame and UCLA dating back to when John Wooden was on the sidelines squaring up against Digger Phelps.

Miller’s final game in a UCLA jersey was in the second round of the NCAA Tournament against Wyoming on March 15, 1987. After missing the NCAA Tournament for the previous four years, the Miller-led Bruins were bounced after winning just one game. Miller finished his final game with 24 points and his career at UCLA with 2,095 – the third-most in UCLA history.