Band gets its big break on television 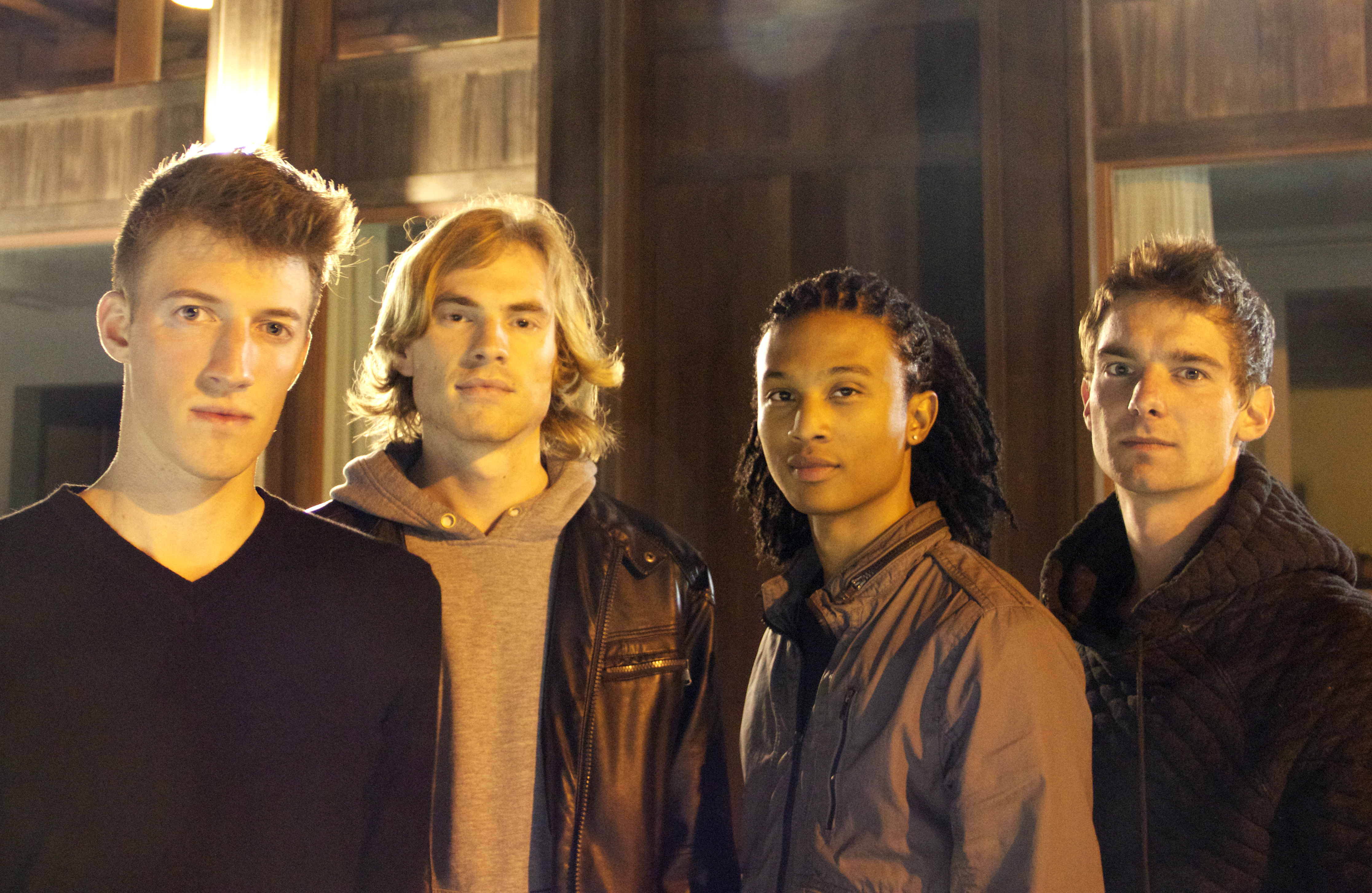 Courtesy of THIRSTBUSTERS:
The band Thirstbusters formed when the members were still in high school. Their music reflects the jazz background that got each member started in music in the first place, as well as elements of hard rock, acoustic guitar and R&B. Thirstbusters had their first television debut when two of their songs aired on the CW’s “90210.”

The first time Ryan Thomas tuned in to watch the CW’s “90210” was to witness his band Thirstbusters’ biggest break: having two of the band’s original songs play on the show.

In one scene of the teenage drama that aired last week, a psychiatrist sits in a wheelchair across from a man who was recently injured in a car accident. In an attempt to boost the man’s shaken confidence, the psychiatrist stands up from the wheelchair, creating the scene’s most pivotal and inspiring moment.

“He literally stands up at the most epic part of the song,” said Thomas, fourth-year ethnomusicology student and guitarist of Thirstbusters.

The song “Caught Between” along with another fun upbeat pop song called “All About the Girls” debuted on the CW’s “90210” last week. Both songs were written and performed by the members of Thirstbusters, a pop/rock band who met in their hometown of Berkeley, Calif. Two of the members, drummer and fourth-year ethnomusicology student Forrest Mitchell and guitarist Thomas, attend UCLA. Lead singer Zach Sorgen goes to school on the East Coast and bassist Chase Jackson attends Oberlin College.

Since they got together in high school, the band has had its songs featured on other television channels such as Disney XD, when they had their music video titled “So There” premiere, and the Hallmark Channel. The boys also won a national songwriting contest put on by Elfen Works for their song “Finders Keepers.”

Jackson said the band’s music takes inspiration from many types of music, a commonality they’ve retained since high school.

“A hallmark of our music in general incorporates a lot of things, like hard rock to acoustic guitar, to songs like R&B, even hard-driving and straight-up pop songs,” Jackson said.

All the members of Thirstbusters started with a jazz background. Mitchell, who has been playing the drums since fifth grade, said jazz studies helped him solidify himself as a musician.

“Jazz is a great way to hone your skills, even your technique. It really allows you to play other types of music well,” Mitchell said.

Thomas said that the band has transitioned from improv music to more arranged music. He, along with the band’s three other members, are minoring in music industry to gain more knowledge about songwriting.

“At the beginning, songwriting was new. We’re starting to learn more, so we’re taking songwriting classes,” Thomas said. “We all breathe music. It’s all we do.”

The band’s highest profile gig came when their manager informed them that he pulled some strings to debut two original songs on “90210.” A friend of Sorgen’s sister knew some of the writers on the show.

Both “90210” songs come from their latest album titled “Caught Between,” the band’s second album. Mitchell said the album deals with a transition in their lives ““ a transition to adulthood and post-grad life.

“There’s a lot of songs that deal with where we are now, in this in-between period time of our lives, a developmental period,” Mitchell said. “It also relates to love situations and the transition from childhood.”

Mitchell also said that the newest album, released July of this year, is different from the first album the band released in high school, which was composed mostly of high school love stories.

Coming up for the band is a new music video for their song “Bad Bad Girl,” their fourth music video that takes a James Bond theme. In regard to the future, Mitchell said he hopes for big things once he graduates at the end of this year.

“We want to try to do full-time after we graduate,” Mitchell said. “Be a rock star ““ the sky’s the limit sort of thing.”