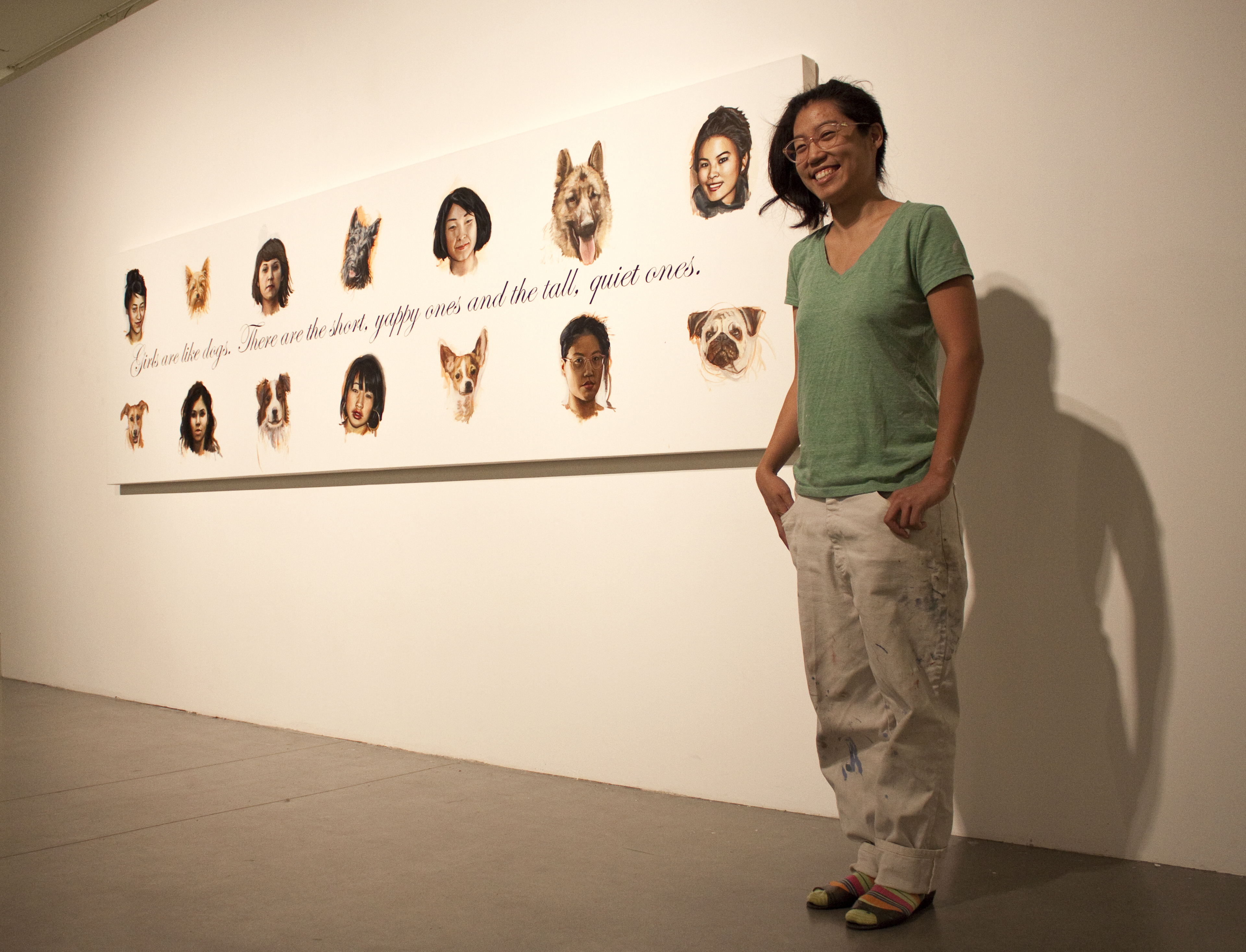 Christine Wang, a UCLA graduate art student, showcases her pieces at the ongoing MFA exhibit. This showcase is being held at the New Wight Gallery located in the Broad Art Center.

In college, some students find themselves bouncing around areas of study like it’s the end of the world. In fact, some students graduate without any sense of where to go or what to do.

But for master of fine arts students A’alia Marilyn Brown and Janna Ireland, choosing an area of study has never been a problem; art has been a part of their lives since they were both young children. Brown was constantly told by her teachers that she excelled in art, while Ireland grew up in a home where art was simply everywhere.

As part of an ongoing exhibition that will run until the 17th, the UCLA Department of Art is showcasing the work of graduating master of fine arts students. The gallery will feature an array of art through different mediums ranging from sculpture to photography.

“There’s this push and pull between the ideas surrounding mechanization of a practice and the rejection of formalism. Then, on the other side, there’s this very traditional idea,” Brown said. “I wouldn’t say that they are in conflict with one another, but in the show you get the full spectrum of the MFA program.”

With a bachelors of fine arts in photography and bachelors in art history from the University of Washington, Brown said she has always been crafty, dating back to memories of finger painting as a child. By age 16, Brown knew she wanted to be an artist.

Brown’s niche is sculpture art, and two of her pieces will be on display at the gallery.

On the themes of her work, Brown said her art often utilizes history as a jumping-off point for conversation. Her art aims to discuss topics in art history, such as minimalism or feminism in the ’60s, in relation to the present.

In addition, her artwork poses the question of how society can move on from the past, knowing that it is always in a “post-moment” or “post-movement.”

Ireland, who received her bachelors of fine arts from NYU, said she has been interested in art for as long as she can remember.

“My father was a photographer, so there were always cameras around when I was growing up. Then when I was about 14, I got really into photography, which is still my medium now,” Ireland said.

Some of Ireland’s displayed work in the gallery consists of a self portrait which is part of an ongoing series that reflects her relationship with her husband, each portrait in the series relaying a different message.

“They’re just pictures of me standing there. They are about me and they are not. Each photograph is becoming increasingly difficult to make and they’re each taking more and more time to plan,” Ireland said.

On being in the graduate art program, Ireland said that she feels she has plenty of time left, though she will graduate in June. In addition, she feels lucky to be a part of the graduate program at all.

In addition to being a working artist, Ireland hopes to eventually teach photography, a more practical route that many students are now considering after graduation.

Jennifer Zhang, a fourth-year art student, said she would like to keep creating her own art for exhibiting, although pragmatism has pushed her more along the path of teaching. Regardless, Zhang said that what she has learned at UCLA will be relevant in any field.

With the reputation of the department of art at UCLA, we definitely have an upper hand when entering the contemporary art scene,” Zhang said.