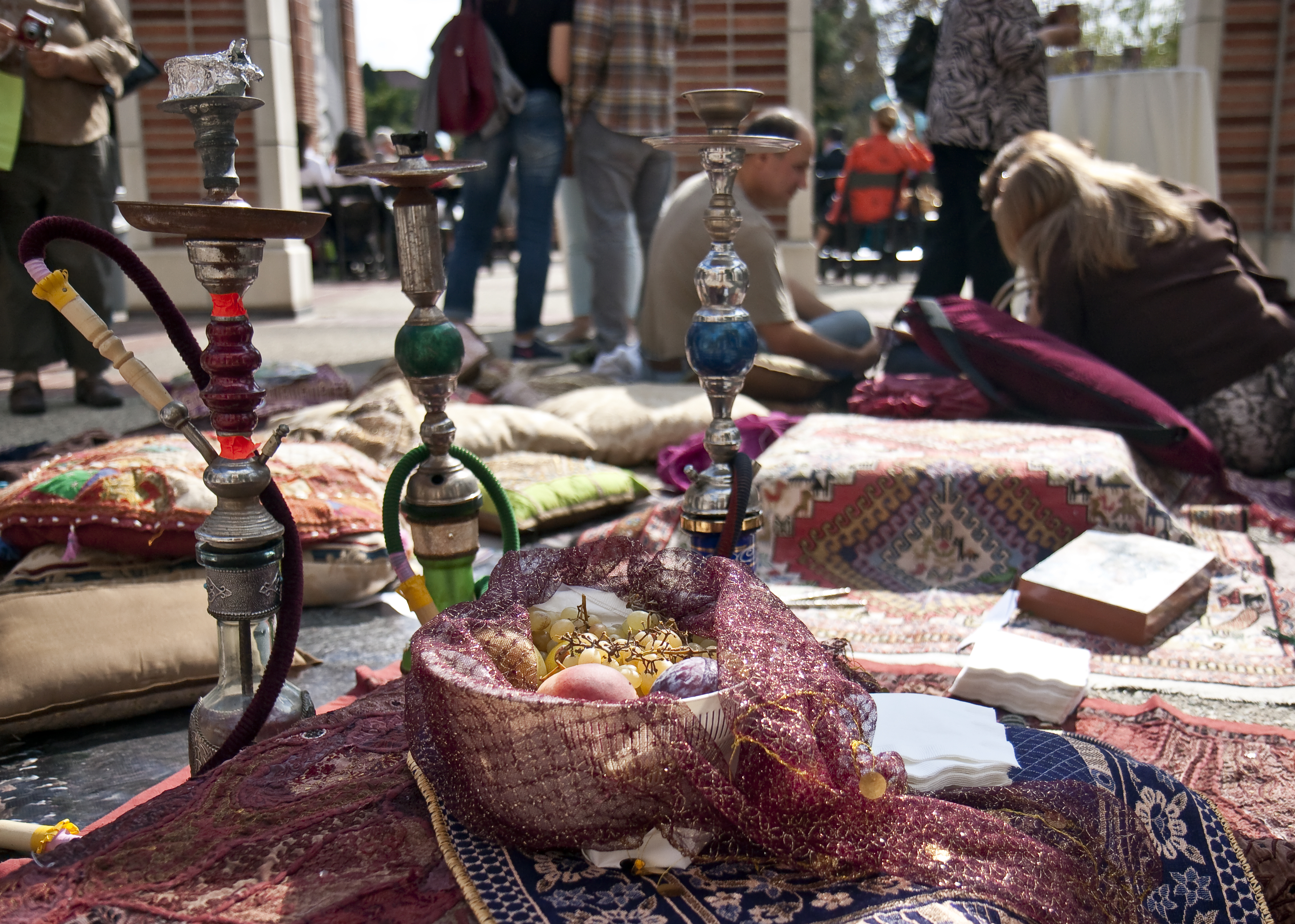 “Light and Shadows: The Story of Iranian Jews” is an exhibit which recently opened at the Fowler Museum. Its various artifacts and manuscripts retell the rich and complex history of one of the world’s oldest Jewish communities.

Light and Shadows: The Story of Iranian Jews
Until March 10, 2013
Fowler Museum

Illuminated wedding contracts, silver amulets and carved tablets take on a deeper dimension with the accompaniment of traditional Iranian Jewish music and the taste of Persian tea and spices, in a way presenting the cultural and historical evolution of Iranian Jews.

On Sunday, the Fowler Museum opened its newest exhibition “Light and Shadows: The Story of Iranian Jews.” As the first exhibition of Iranian Jewish culture of its kind in the United States, it aims to share and inform the public of the Iranian minority’s complex history through times of both oppression and prosperity.

“Light and Shadows, the story of the intricate background of the Iranian Jewish community, is as complex and multicolored as any Persian rug displayed in an Iranian home,” said Nahid Pirnazar, professor of Near Eastern languages and cultures.

She also said the exhibition is very telling of both the high and low points throughout Iranian Jewish history, a detail which is displayed through a broad spectrum of photographs around the exhibition.

While some photos capture difficult moments of time in the Jewish ghettos of Iran, others depict the successful communities of Iranian Jews in Los Angeles today.

As president of the Y&S Nazarian Family Foundation, the organization that was the lead contributor in funding the exhibition, Sharon Nazarian said that the traditional clothes of the child bride displayed in the exhibition resonated with her the most.

She said that the small outfits illustrate the struggles that Iranian Jews once faced because arranged marriages between Iranian Jewish families were often used as an avenue for preserving heritage.

“To ensure that the girls married other Jewish boys, they would be betrothed as young as 8, and I think this is very telling of the pressures Iranian Jews faced as a minority in Iran,” Nazarian said.

Other artifacts dealing with marriage are prevalent in the exhibit, including silver amulets, manuscripts and marriage contracts. These are detailed with geometric designs and scripture that reference the biblical figure, Queen Esther, who famously prevented the extermination of Jews in the Persian city Shushan.

Traditional Iranian Jewish musical instruments are another large part of the exhibition. Brightly colored string-based and drum-like instruments are displayed next to intricately decorated manuscripts of Persian poetry.

Iranian Jews played a large role in the preservation of Persian music and poetry since these activities were prohibited under strict Shiite Islamic doctrines following the the Muslim takeover in the seventh century.

Even today, music still acts as a preservation tool. Timothy Halimi, a first-year ethnomusicology student and Iranian Jew, said he tries to act as a bridge between generations by playing the traditional Iranian Jewish instrument, the santur, which he played at the opening of the exhibition.

In the hopes of continuing with public performances, Halimi said that his music provides a way for elders to connect to his younger generation.

“All the older generations can relate to it because they came from Iran and this is one of the main authentic instruments. They can see me, this young guy born in the United States, playing this instrument that is so indigenous to the culture,” Halimi said.

This connection between the elders and the younger individuals of the culture is a huge part of conserving the stories of Iranian Jews. Nazarian said that viewing the photographs, tablets and manuscripts of the exhibition enriches not only the education of Iranian Jews, but also provides a path for acceptance from outside communities as well.

“The goal of this exhibit is to tell the stories to each other and pass it on to the next generations,” Nazarian said. “This exhibit is not the beginning or the end of an exhibit; it is the beginning of planting seeds of understanding and tolerance and building bridges.”