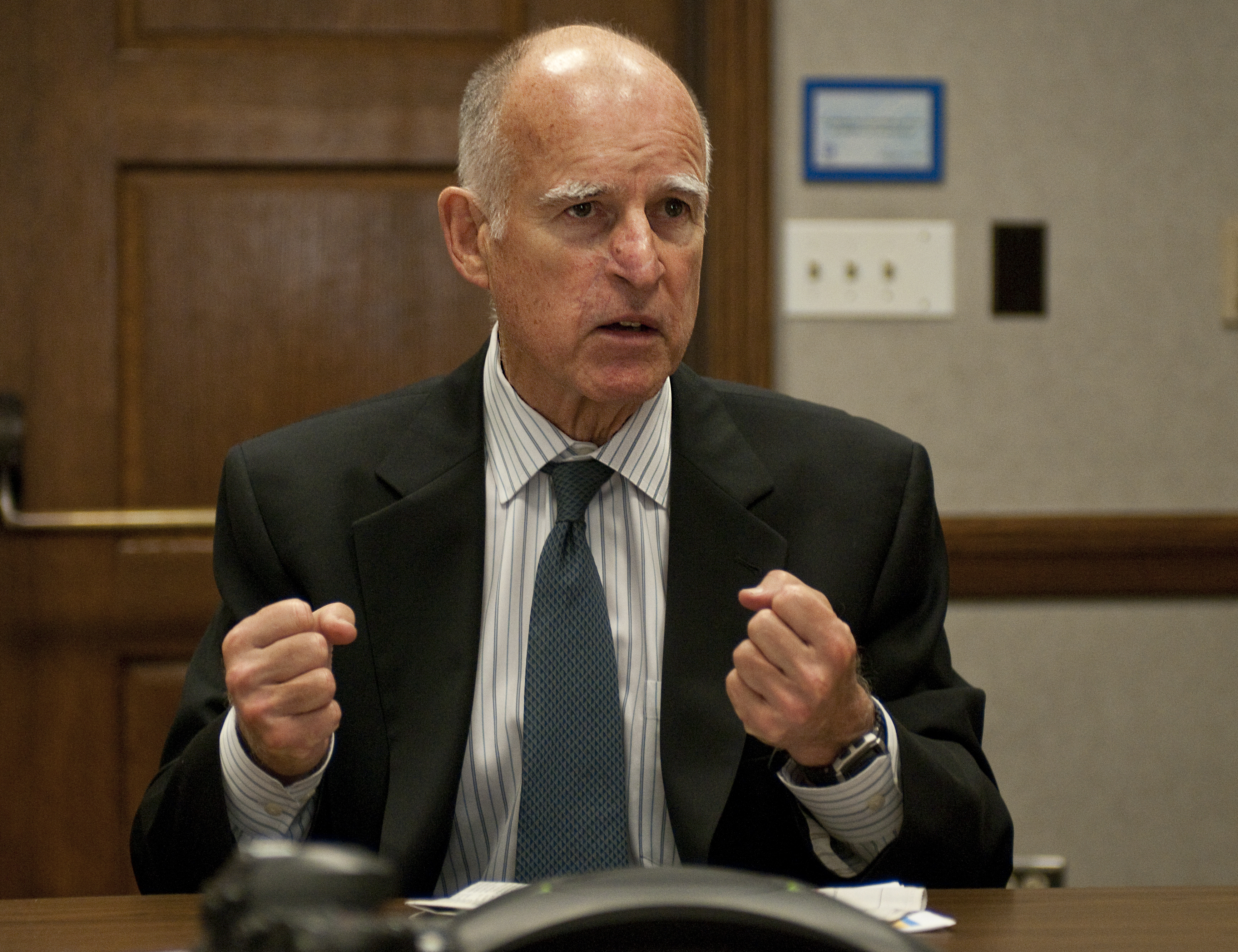 Gov. Jerry Brown supports Proposition 30, a tax measure that California voters will weigh in on during the November election.

By Andra Lim and James Barragan

Gov. Jerry Brown said there is no alternative to cutting millions from the University of California if voters do not approve Proposition 30, a tax increase measure that is polling around 50 percent approval, in an interview with seven UC student newspapers on Tuesday.

But beyond the outcome of the November election, Brown did not articulate a long-term plan for funding the UC system. Brown has a role in guiding education policy as an ex officio member of the Board of Regents, the UC’s governing body. He also proposes a state budget each January that outlines funding for universities and community colleges, which the legislature must approve.

In the short-term, Brown’s education plan centers around Proposition 30, which would temporarily raise the state sales tax by a quarter of a cent and increase income taxes on households earning $250,000 or more annually. Tax revenue from the measure would go toward K-12 and community college education, freeing up other funds for areas such as higher education.

As the most important political figure in the state, Brown can strongly influence policies ““ but large and persistent state budget deficits prevent him from making significant changes to public education, said Michael Dukakis, former governor of Massachusetts and a visiting public policy professor at UCLA.

“He’s just trying to keep the system together. It’s awfully tough to do great things if you’re looking at seven, eight or nine billion dollar deficits,” said Dukakis, who is also a former Democratic presidential candidate.

Brown’s budget for this fiscal year assumed money from Proposition 30’s tax increases would come in. If Proposition 30 fails, and those revenues do not materialize, the budget requires “trigger” cuts, including a $250 million reduction to the UC.

That would likely mean mid-year UC tuition hikes of around 20 percent, officials have said. The UC would also lose out on a deal that gives the University an additional $125 million in 2013-2014 in exchange for keeping tuition at current levels.

“If Proposition 30 doesn’t pass, we can’t conjure money out of thin air,” Brown said in his emphatic defense of the measure during the interview.

Some recent polls have indicated that less than a majority of likely voters support Proposition 30.

The measure has drawn criticism for not including clear and substantial benefits for the UC.

“It’s sort of warding off future damage rather than making financial gain,” said Daniel Mitchell, a professor emeritus at the UCLA Luskin School of Public Affairs and the UCLA Anderson School of Management.

Mitchell said controversial propositions that pass typically have around 60 percent support in polls before the election. With this margin of approval, there is a buffer if some support is lost during the campaign, he added.

Brown said that one obstacle to passing the tax hike is the “cultural contradiction” between the “growing need” for government spending amidst “growing skepticism” from the public. Some oppose Proposition 30 simply because it would raise taxes. And with a second tax increase on the ballot, Proposition 38, experts say there is a greater chance that Proposition 30 will fail ““ a view Brown said he doesn’t agree with.

Brown said he wants to increase funding for the UC and pointed to systematic issues in state politics and finances as the reason why higher education is pushed onto the chopping block.

Unlike other programs that are jointly funded by the state and federal government, education is more totally within the control of the state, which makes it easier to cut.

Looking to the future, though, Brown circled questions about his long-term vision for the UC system in the interview with UC newspapers.

“He hasn’t articulated a … vision for higher education,” Mitchell said. “He may have a vision but he hasn’t shared it with anybody in any kind of public way.”

Brown said that there should be a reconceptualization of California’s entire education system so it is viewed as a whole, rather than divided into high schools, community colleges, the California State University and the UC ““ for example, it should be easier for community college students to transfer into the state’s public four-year colleges.

When asked about proposals that favor creating independent boards of regents at individual UC campuses, Brown said he generally favors de-centralization, adding that the institution closest to a situation should have the most responsibility for how to solve that issue.

The governor also discussed online learning, saying that he believes it should be integrated into higher education when it is an effective method of teaching. Meanwhile, the UC should reduce non-essential expenditures, Brown said.