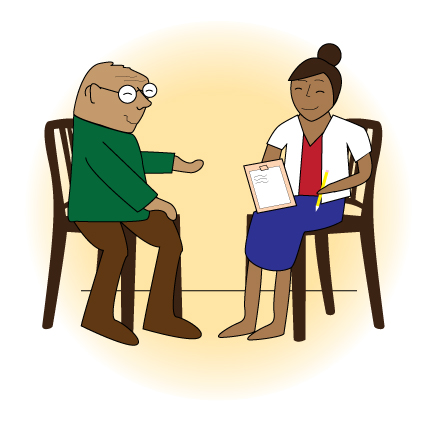 An elderly Japanese woman would sit alone at a round table tucked away in a corner of the large room, trying to put together a puzzle.

Every week, she worked on the same puzzle.

Michelle Dawkin observed this seemingly quiet woman on her weekly treks to the One Generation Adult Daycare in Van Nuys.

The frequent trips were part of the service learning requirement for the “Frontiers in Human Aging” freshman cluster Dawkin was taking at the time.

“I am half Japanese, but I’m not very fluent in the language,” said Dawkin, who is now a third-year neuroscience student. “Once in awhile I would talk to (the woman) in my broken Japanese and her face would light up.”

The opportunity to make older people happier, like the woman she came to know during her time at the center, and the freshman cluster helped spur Dawkin’s interest in gerontology, the study of human aging ““ something that may permanently become part of her undergraduate work at UCLA, she said.

Starting this year, Dawkin will be able to further study human aging through the gerontology minor, which is being re-established at UCLA after a three-year hiatus.

Established in 1995, the minor was suspended by the UCLA Undergraduate Council in 2009 following a review, which concluded that the minor needed improvements.

The Academic Senate, which oversees the Undergraduate Council, normally puts together a list of concerns and gives faculty within the program a year to respond.

The council cited limited ladder faculty involvement and the need for more focus on the biological aspect of aging as its primary concerns with the gerontology minor, McJunkin said.

For the gerontology minor, the committee responsible for the program needed longer than a year to revise the major and implement changes, and so received two extra years, he said.

Students enrolled in the minor at the time could complete it, but new students could not enroll, McJunkin said.

A key interest in establishing the minor in the first place was its interdisciplinary nature, said JoAnn Damron-Rodriguez, an adjunct professor at the UCLA Luskin School of Public Affairs who helped craft the minor in 1995 and was on the faculty group that worked to revise the minor.

But that interdisciplinary nature frayed over time.

One of the thrusts of the re-established minor was to increase collaboration between departments, Damron-Rodriguez added.

Many of the additions to the minor, such as the two-quarter community or research internship component, draw from the yearlong freshman cluster in aging.

The service learning component has been successful in the cluster, which is why crafters of the new minor wanted to incorporate it as a requirement in the minor, Damron-Rodriguez said.

“The capstone experience can be either or both going to community agencies (for service learning) or a research project ““ having the experience itself being the text for the learning and doing research as well,” she added.

Growing student interest in the minor may stem from the increasing life span of individuals, especially as the baby boomer generation grows older, Damron-Rodriguez said.

With increasing life spans, people now have the ability to live with their ancestors, which gives rise to intergenerational interaction, Damron-Rodriguez added.

“(Gerontology) is not a cut-and-dried kind of field,” Damron-Rodriguez said. “Because it’s still evolving, there’s a lot of area for students to do research and come to their own understanding what their next questions will be (through the new minor).”

For Dawkin, the interest isn’t just limited to social interaction.

“With the baby boomers starting to age, by the time I have a professional career there will be a lot of demand from that age group in the health care field,” said Dawkin, who hopes to someday be a neurological physical therapist.

Students interested in applying to the gerontology minor can email Stan Paul, the adviser for the program, at [email protected]