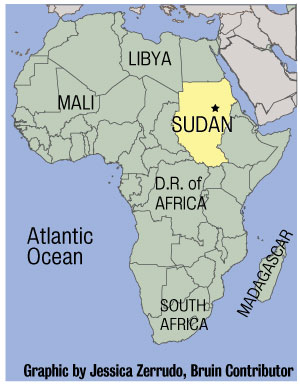 The University of California has pulled its investments from controversial areas before, most prominently tobacco (in 2001) and companies in Sudan (in 2006).

Backed by a unanimous vote in 2006, the UC Board of Regents pulled investments from Sudanese companies with ties to the government-led genocide in Darfur.

Then-Chairman Gerald Parsky cited social and moral responsibility as the impetus for the decision.

Total UC investments in the region were estimated to be about $2.6 billion at the time, according to university officials. The funds had been invested in companies that had been found to be aiding in mass killings in the country, including oil, gas and telecommunications companies.

Then-Student Regent Adam Rosenthal requested the proposal, and students from across the UC came together to call for the UC’s divestment. Some of these students were part of the UC Sudan Divestment Taskforce, a group formed to discourage UC business involvement with those Sudanese companies. Students in the task force were later incorporated into a study group including faculty members, regents representatives and other UC officials to provide recommendations for the university about removing the investments.

While the UC was not the first to divest ““ Harvard, Stanford and Yale all pulled money from investments in Sudan prior to this decision ““ the university system was the first to also pull investments from index funds, a collection of companies that investors can choose from, that counted these companies as options.

The move was likened to UC divestment in South Africa in 1986, when the university chose to take a stand against apartheid, according to Daily Bruin archives.

The UC Board of Regents barred the investment of university money in tobacco stocks more than 10 years ago.

The 2001 policy followed months of debate as the regents strove to diversify and stabilize its $52.9 billion in investments by moving funds into two collections of companies. The investment plan called for allocating $55 million toward tobacco stocks, including those of cigarette companies Philip Morris and R.J. Reynolds.

Some regents said the plan made business sense because excluding certain stocks on a moral rather than financial basis would set a bad precedent. Others argued that investing university money in tobacco was ethically troubling.

At the time, the UC had no funds in tobacco stocks.

The regents voted to permanently exclude investments in tobacco stocks, with then-UC President Richard Atkinson warning of “the negative financial risk and liability circumstances affecting tobacco companies” and “the related health effects of tobacco use,” according to a UC Office of the President press release.

The regents had to find common ground between those who advocated for academic freedom ““ saying researchers should determine whether to accept grant money ““ and those who pointed to the tobacco industry’s reputation for concealing the health risks associated with tobacco.

After postponing a vote multiple times, the regents decided to continue allowing grants from the tobacco industry, but they instituted a new review and approval process for such funds.