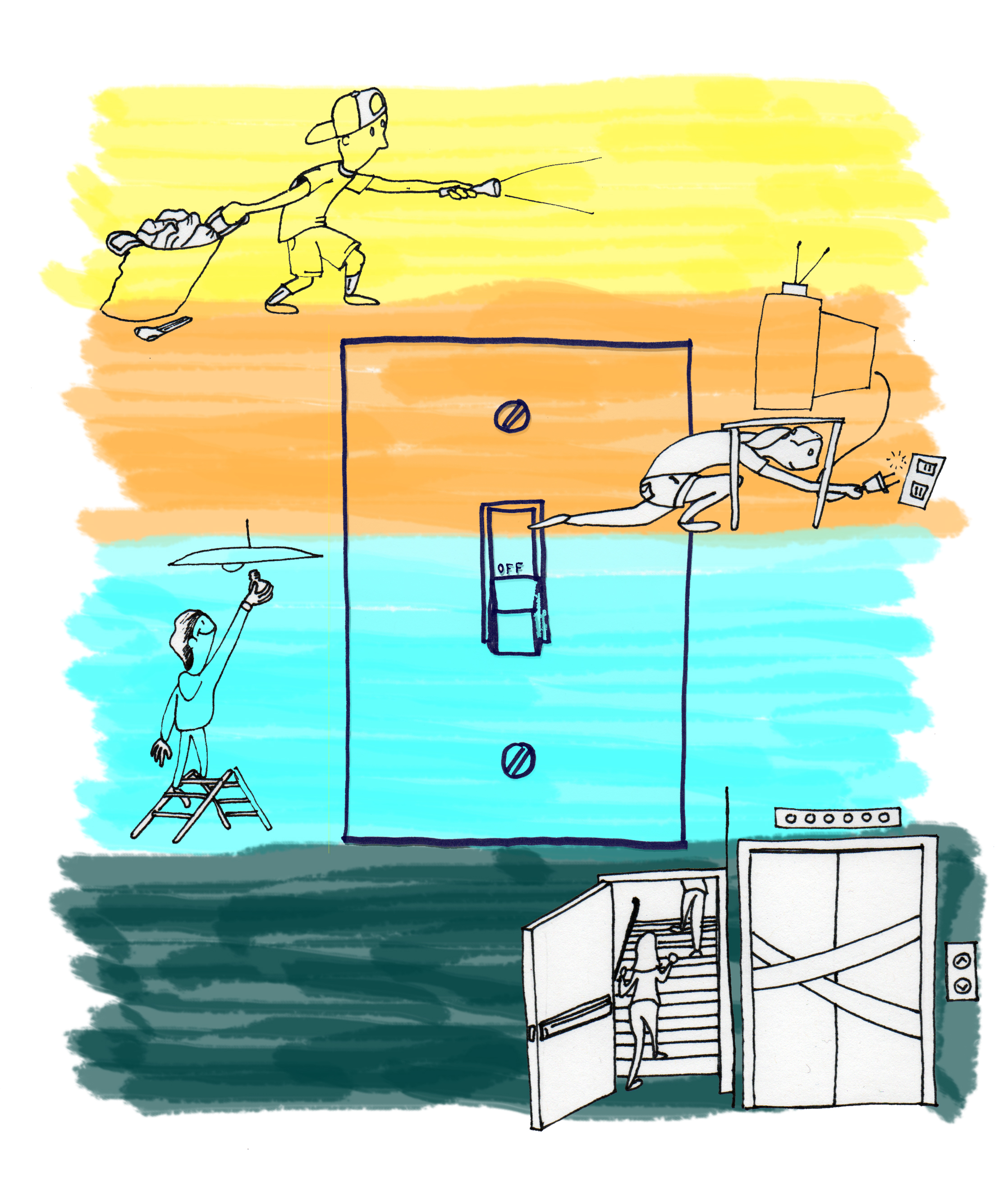 The plastic vampire fangs handed out to Delta Terrace residents this month were not part of a campaign by vampire-obsessed teenage girls or belated Halloween fanatics.

In fact, the trinkets were supposed to be a way to alert students about “vampire draw” Â­”“ the power drain caused when electronics are left plugged in, regardless of whether they are turned on, said Elizabeth Oh, a third-year biochemistry student and the Delta Terrace coordinator for Team Green, a group of students dedicated to sustainability on the Hill.

From organic food tastings and hiking trips to light bulb swaps and timed showers, environmental sustainability is the focal point of the month-long “Do It in the Dark” competition on the Hill.

The competition to see which dorm can cut its electricity usage the most will end on Wednesday night. The winning dorm will receive $500, and residents of the building can choose how to use the funding, Oh said.

Hedrick Summit is currently in the lead. Sixty-seven percent of the building’s residents have pledged to participate and lower their energy usage, said Celebration Ferguson, the Team Green coordinator for Hedrick Summit and a second-year computer science student.

“We’ve been tabling a lot to promote the event ““ at least eight hours a week ““ and we also turned it into a competition between floors,” Ferguson said.

The winning floor in Summit will receive $100, which can be used at the floor’s discretion, she said.

She added that residents are more competitive when the competition is on a smaller, more personal scale ““ photos of every resident who has pledged have been placed on a billboard and organized by floor.

Charlotte Rose, a second-year English student and the Team Green coordinator for Rieber Hall, turned the event into a floor competition with Diddy Riese cookies offered to the winning floor.

A Sustainability Bowl, in which residents answered trivia questions about energy efficiency to win various prizes, also encouraged participation for the “Do It in the Dark” initiative in Rieber Hall, Rose said.

Most buildings have been turning off hallway lights, teaching residents how to properly use thermostats and exchanging normal light bulbs for the more energy efficient curly light bulbs. Residents have also been encouraged to turn off their lights, take shorter showers and switch off the air-conditioner or heater when possible.

Dykstra’s move to the newly constructed residential halls, however, hampered the efforts of the building’s Team Green members to participate in the “Do It in the Dark” competition.

Progress in the competition is measured by comparing energy usage from January, but since the Dykstra residents moved into a new building with no previous energy usage, they were not able to participate in the program, said Ian Davies, a first-year environmental science student and Team Green coordinator.

“We got a late start in the competition to begin with, and it’s been difficult to figure out how things work in the new building,” Davies said.

Despite these setbacks, some floors have taken their own initiative to promote sustainability.

Amelia Ribbens, a first-year comparative literature student, organized an inter-floor recycling competition in Dykstra before the “Do It in the Dark” competition even started.

“I had the idea and just really wanted to do it,” she said.

The Dykstra move and the reshuffling of floors disrupted her recycling program, which was originally designed with the east wing of her floor pitted against the west wing.

The bottles and cans that residents recycled were collected for money, and the money will be donated to a non-profit charity, she said.

Ribbens, a self-proclaimed “hippie,” grew up appreciating nature, she said. Sustainable practices are simple ““ it’s about being aware and incorporating these practices into everyday life, Ribbens said.

The “Do It in the Dark” competition helped to promote Ribbens’ own recycling program and also encouraged her to post eco-reminders in bathrooms and energy efficiency trivia around the building, she said.

Ribbens plans to continue sustainable practices even after the competition ends on the Hill.