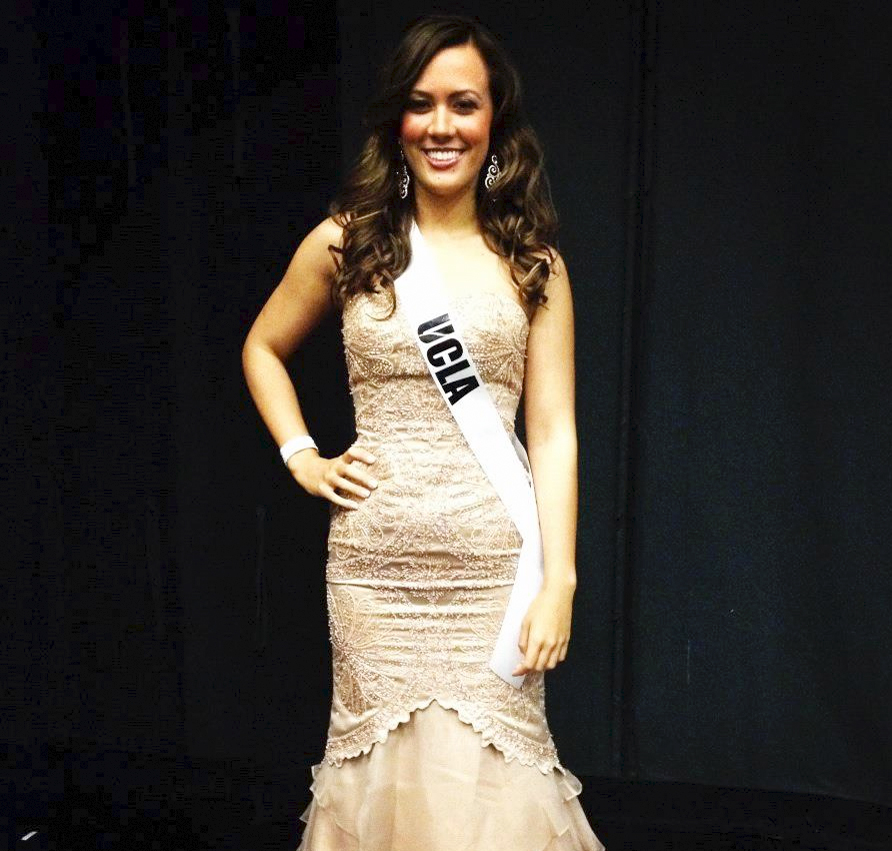 Maria Simpson, a third-year anthropology student, competed in the Miss California USA pageant this past weekend. She is part of a group of college students who juggle their academic and extracurricular workload with regular pageants and competitions.

Instead of shopping for textbooks and packing to move back to the dorms, Maria Simpson spent the weekend strutting the runway in evening gowns and swimsuits as part of the Miss California USA beauty pageant.

Simpson, a third-year anthropology student, is part of a group of students who juggle their academic and extracurricular workload with regular pageant competitions.

She did not place in the top 20 ““ then again, participating for the first time, Simpson did not expect to win. She did, however, gain connections in the entertainment industry to help her career goals.

“I got to meet the host of the show and (being a television host is) my dream job, so it was definitely worth it,” Simpson said.

This past weekend’s contest also included part-time UCLA student Mollie Thomas. Thomas was recently acknowledged as making history for being one of two openly lesbian contestants in the Miss California USA competition, the first in the state pageant’s history. Thomas could not be reached for this story.

The Miss America pageant, which awards college scholarships and focuses on the onstage interview and talent portion, is separate from the Miss USA pageant that Simpson competed in. Miss USA is geared more toward the entertainment and modeling industry.

“As Miss California, I had to take two quarters off to travel the country,” Afsar said. “It became hard to balance school especially at the end of the year, when I had to study for finals and go to appearances.”

Afsar said she sometimes gets a surprised response from people when they learn that she competes in pageants and also attends college.

She said, however, most of the contestants who compete in the Miss America pageant are enrolled in four-year universities.

As Miss California, Afsar said she was paid for the two quarters she took off to make appearances for the pageant, and also had two years of college paid off in scholarships.

Because the Miss America pageant gives out scholarships for women that place as finalists, Afsar said there is a much greater incentive for college girls to compete in it.

“Many of these girls are very dedicated to their schoolwork, and they compete because they want their education paid for,” she said.

In the process, the pageant combats the negative stereotype of pageant contestants as “ditzy” or “uneducated,” said DeAnna Wride, executive director of the Miss Los Angeles/Culver City pageant.

The majority of a candidate’s total score in the Miss America system is based not on their appearance, but on their onstage interview and their talent performance, Wride said.

“It’s a very unfair judgment on these girls, because they are all in college, most are involved in extracurricular activities, and they are trying to get scholarships for their schooling,” she said.

In high school, one pageant participant downplayed her involvement in local pageants because of her friends’ teasing.

Simpson started doing the competitions at a young age as a means of showcasing her singing talent. She said her friends, however, often told her that telling others about these competitions would be seen as boasting.

Both Afsar and Simpson said they have been confronted by negative stereotypes that some people have about pageant contestants.

“I’ve had so many experiences where people made assumptions about me ““ that I’m supposed to be tall and blonde and want world peace,” Afsar said. “But in reality an answer like “˜world peace’ would never be allowed in a pageant, because your interview is such a high percentage of your total score.”

One of the reasons why negative perceptions may remain for the pageant is the institution of the swimsuit competition, Wride said. But from the pageant organizer’s perspective, part of what makes a contestant well-rounded is keeping in shape, she said.

“To keep the swimsuit (competition) in there gives her more incentive to keep fit and healthy,” she said.

For both girls, however, the swimsuit competition was the most nerve-wracking portion of the pageants. They said it was particularly difficult to manage while living in the dorms and eating in the dining halls.

“In the dining halls, I always had to choose the salad bar options and I would work out two hours a day,” Simpson said. “During spring quarter finals I was sometimes stressed out more about not gaining weight than studying.”

For Simpson, whose father owns a gym, the swimsuit portion of the pageant gave her an opportunity to get into better shape as she began exercising more under her father’s guidance.

Even her mother noticed a difference in her daughter as she began to eat healthier and go back to exercising regularly.

“For the pageant you want to be not just skinny, but ready physically for whatever life brings,” said Marizella Simpson, Maria’s mother. “With all of the other activities that (Maria) does, it’s sometimes hard for her to exercise, but I’m glad she went back to it thanks to the pageant.”

An emphasis on maintaining a healthy body weight is an important part of the swimsuit competition, Wride said.

After surviving several 18-hour days of dance rehearsals, runway walking, and hair and makeup worries, Maria Simpson said she has yet to find the time to unpack her luggage in her dorm room.

And while she is unsure whether she will return to compete in more pageants, she said the Miss California pageant expanded her knowledge and connections to the entertainment industry ““ and let her spend quality time with her mother over shopping for an evening gown and heels.