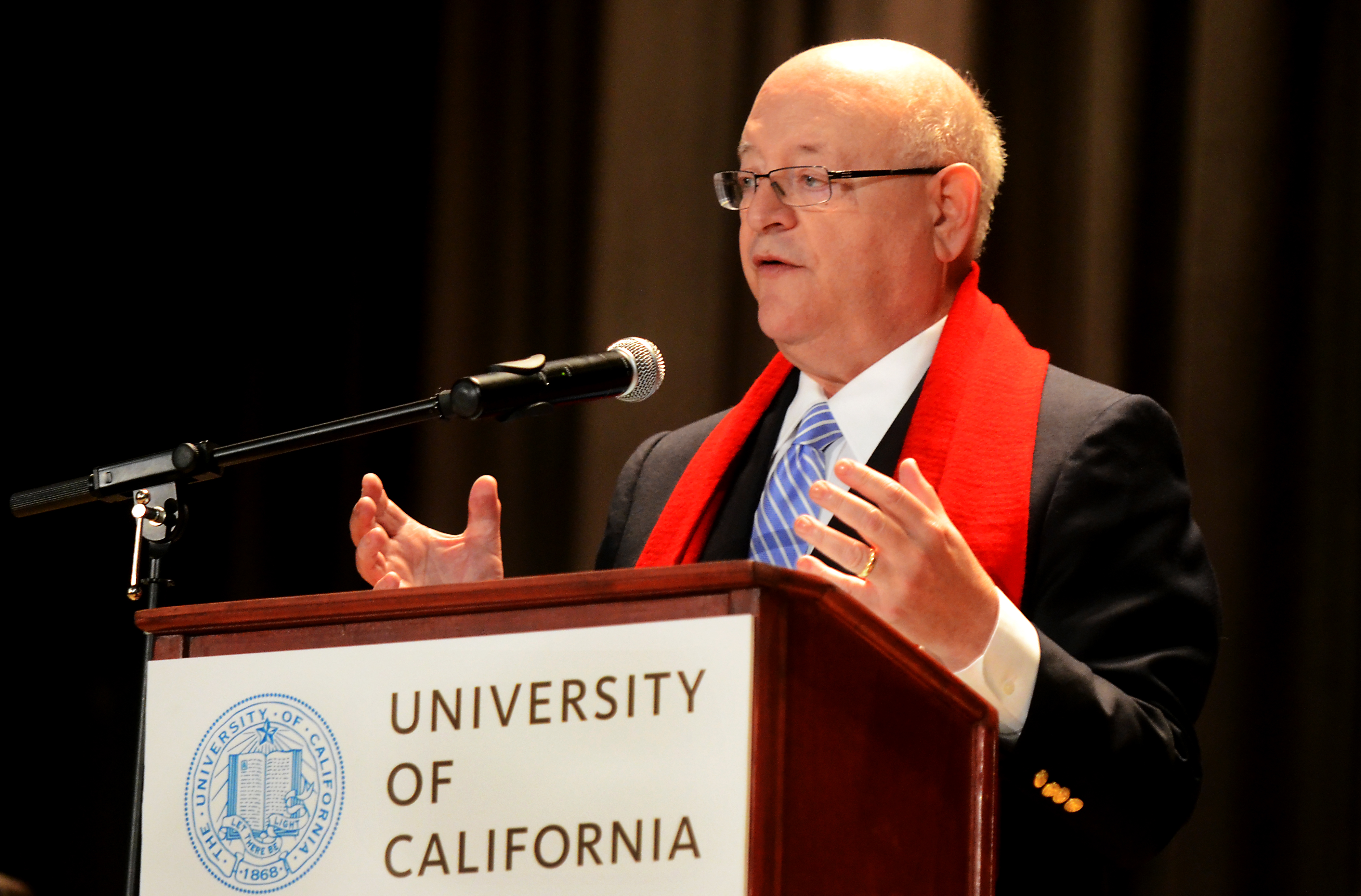 Yudof underscored the UC Blue and Gold Opportunity Plan, which provides financial aid to students whose household income is below $80,000 a year.

Lynn Tierney, associate vice president of communications at the UC Office of the President said students often hear of the UC’s budget problems, which draw attention away from the financial support programs and opportunities available to them.

In June, $150 million was cut from both the UC and California State University systems, bringing the UC to $650 million in cuts in the past year. UCLA faces a $55 million shortfall for the 2012-2013 fiscal year.

If state revenues do not materialize, an additional $100 million reduction will be put in place.

Villaraigosa, a graduate of Roosevelt High School and a UCLA alumnus, reminded the audience of the city’s commitment to prepare its high school students to enter the UC. By meeting UC admissions requirements and maintaining good academic standing, students can hope to access a UC education through scholarships and financial aid, Villaraigosa said.

Having grown up in a low-income area of Los Angeles, Villaraigosa told students to take note of his success as well as that of other speakers such as Monica Garcia, president of the LAUSD board.

By visiting local high schools, Villaraigosa said he hopes to convince students that continuing education is within reach, both financially and scholastically.

“Some of these kids are dreamers,” Villaraigosa said. “They don’t know that they’re eligible for scholarships and loans now with the changes in state law.”

As the first class to graduate with the California Dream Act in place, new doors are open for high school seniors bound for the UC, said John Deasy, LAUSD superintendent.

“You are part of a larger story, the story of the California dream,” Yudof said.

Yudof has visited several high schools throughout California in the past year and a half, including schools in Sacramento and Northern California, Tierney said.