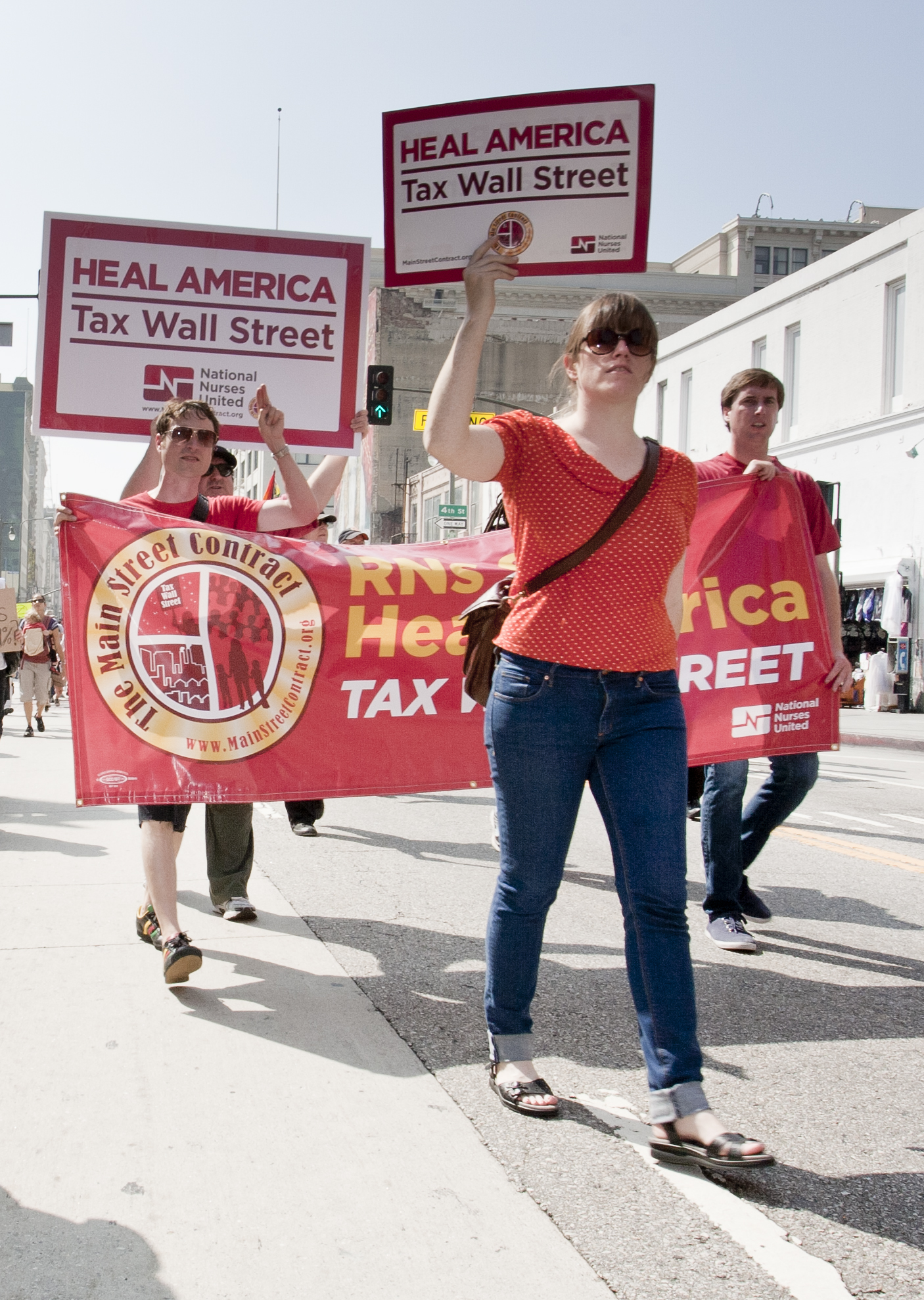 Tents of every color lay scattered across the front lawn of Los Angeles City Hall on Saturday as thousands of people ““ including UCLA students and faculty ““ milled about in the late morning heat, preparing to march through downtown Los Angeles.

In Los Angeles, the march went from Pershing Square through the Los Angeles financial district, ending with speeches and music performances on a stage erected next to City Hall.

On the City Hall lawn, one tent sported a banner bearing the words “Concerned Faculty at UCLA.” In front of the tent, several UCLA faculty members and students chatted with curious passersby about topics ranging from their memorial to protest politics.

Katherine King, a UCLA professor of comparative literature and classics, used to carry the “Concerned Faculty” banner with Wolfestein at past protests. She said the movement reminds her of the Tea Party, whose grass roots protests later formed the groundwork for a new political party.

“There’s the Tea Party on the right of the grass roots movement ““ on the left, we’re the “˜99 percenters,'” King said.

The “99 percent” slogan refers to the uneven distribution of wealth in the United States. The movement originated in New York in response to an advertisement in Adbusters magazine that read, “#OCCUPYWALLSTREET. September 17th. Bring tent.”

“Los Angeles (protesters) don’t really recognize that getting permits and police permission is not civil disobedience,” Newton said. “You don’t try and beg for permits, you just do it.”

Protesters in Los Angeles have the backing of local government ““ on Wednesday, the Los Angeles City Council passed a resolution to officially support the Occupy L.A. movement.

Location plays a large role in the success and weight of the protests, however, said Stanford professor Gabriel Wolfstein, the son of Victor Wolfenstein and a member of Chwe’s group in Los Angeles.

“The Los Angeles sprawl works against the “˜occupy’ idea; to inhabit the space of power,” he said.

The clarity of the “Occupy” movement’s agenda has been a source of confusion for many observers, Wolfenstein said. Many protesters carried personal struggles to the event. For others, the potential political significance of the “Occupy” protests drew them to City Hall.

Newton and his fellow protesters cheered as they watched the police line dissipate on Saturday morning. He said they began forming cleaning crews. With brooms and mops, they cleaned the park, and were ready for the next day.