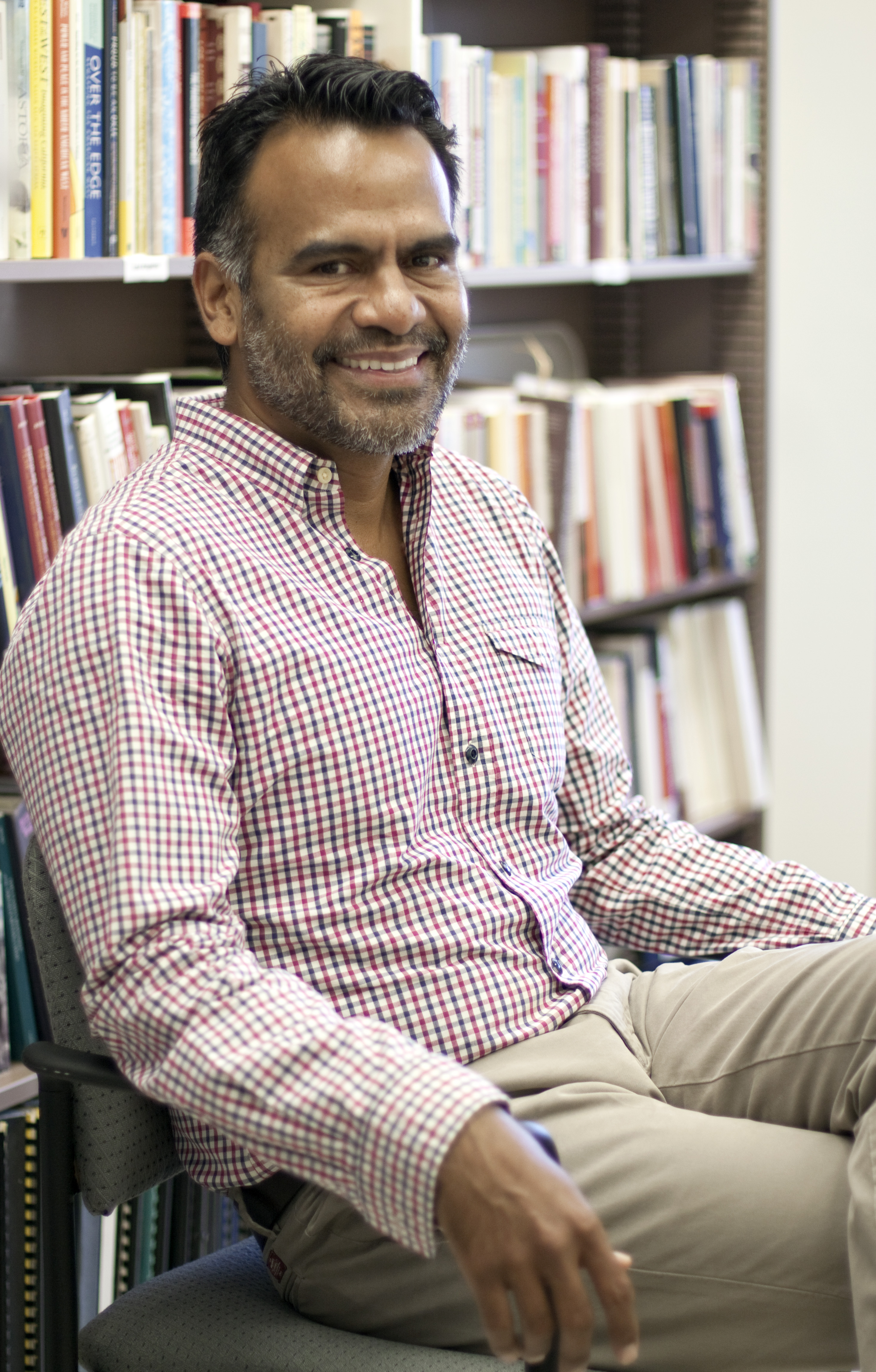 Professor of history and Chicana/Chicano studies Eric Avila teaches a joint seminar about the history of Los Angeles at the Huntington Library in San Marino. The seminar is available to graduate students from both UCLA and USC.

A heated rivalry for Los Angeles supremacy on the football field and in the rankings has not stopped collaboration between UCLA and USC in the classroom.

This fall, students from the two schools are sitting side by side in a joint graduate seminar on the history of Los Angeles. The class, History 251A, is co-taught by Eric Avila, a UCLA professor of history, Chicano studies and urban planning, and William Deverell, a professor of history at USC.

A native of Los Angeles, Max Baumgarten, a graduate student of 20th century American history at UCLA, said the seminar has helped him understand the city he’s lived in his whole life.

In the classroom, students get along and the competition does not show itself, Avila said.

“While we are rivals on the playing field, we’re colleagues and collaborators in the field of history,” said David Myers, professor and chair of the history department at UCLA.

Students from both universities should get to know each other because they are going to be colleagues throughout the course of their professional careers, Deverell said.

Despite a larger seminar size than he is used to, UCLA graduate student of 20th century American history Devin McCutchen said he enjoys listening to other students’ ideas.

“One of the joys … is to meet other graduate students in our region,” McCutchen said. “This is a chance to build an academic community and foster intellectual discussion.”

Although most people associate Los Angeles with Hollywood and Disneyland, Baumgarten said he has learnt that the city’s urban planning is much more intricate and complex.

The course focuses on Los Angeles in the 19th and 20th centuries, Avila said. The large archive housed at the Huntington Library made it an ideal location for the class, Deverell said.

Avila and Deverell, who have been colleagues in the historical field for years, came up with the idea for the seminar over the summer, Avila said.

A large number of graduate students and faculty in both universities had expressed an interest in researching L.A. history, Myers said.

Many of these students sit in on the class despite not being enrolled.

So far, the seminar has discussed the identity of the city and how it shapes the way people interact and live here, McCutchen said.

Some of the discussion topics include Jim Crow laws in Los Angeles, the creation of a Mexican community and elements of the city infrastructure such as freeways, Baumgarten said.

To avoid the conflict of UCLA’s quarter system with USC’s semester system, the 15-week seminar began prior to UCLA’s academic year, Avila said. He added that coordinating this time conflict was the most difficult part of planning the seminar.

Avila said he was happy to see both USC and UCLA making a joint effort to better understand their city. He hopes the collaboration can continue.

“Both USC and UCLA are a part of L.A. history itself, so it’s a great opportunity to be a part of these two institutions and study the rich history of the city,” he said.