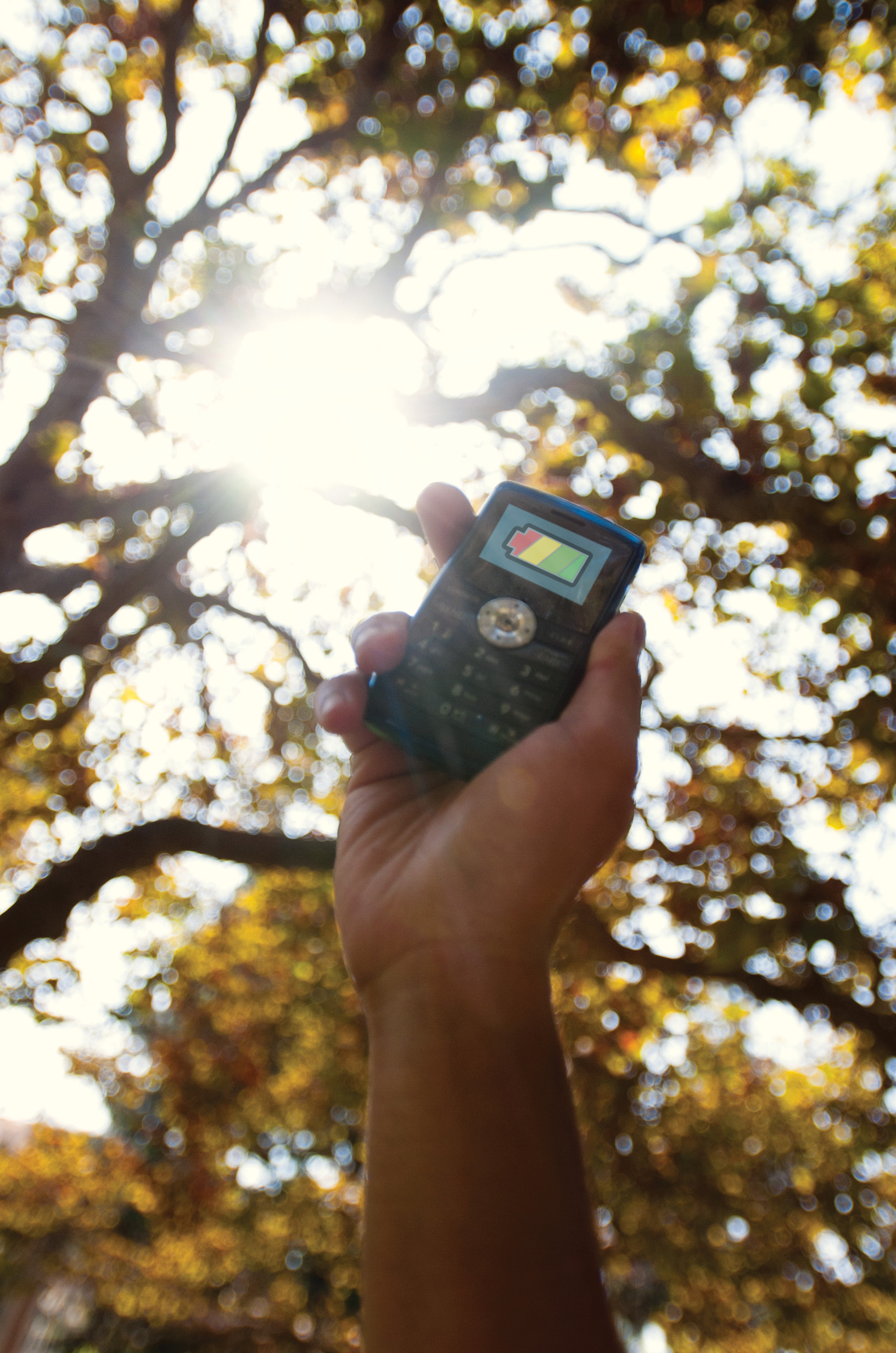 Cellphone users frustrated with short battery lives may soon have a more convenient charger at their disposal ““ the recycling of energy from the phone’s own backlight.

Funded by the Intel Corporation, UCLA professor of materials science and engineering Yang Yang and his colleagues have developed a proof-of-concept technology that could enhance cellphone display screens to double as solar panels.

Instead of wasting the energy generated for powering the backlight on a cellphone, the energy can be recycled, prolonging the phone’s battery life.

Even ambient light or sunlight can be captured to recharge the battery, according to Yang’s publication on the research.

Normally, cellphone screens are composed of LCDs, where liquid crystals are sandwiched between two polarizers.

Polarizers are light filters, which only allow a specific orientation of light through. It is not dissimilar to the special glasses required for the latest 3D movies, which polarize the light so each eye sees a slightly different image.

But in doing so, up to 75 percent of the light is absorbed and wasted, according to Yang’s publication.

After the first polarizer, the light passes through tiny pixels in the LCD that contain the liquid crystals, which discriminate between red, blue and green light, and then through the second polarizer to form the image on the display screen.

Because organic materials are flexible and easily aligned in the same direction ““ a necessity for enabling them to polarize light ““ Yang’s technology replaces traditional polarizing material with an organic substitute that is capable of acting as a solar cell, said Dr. Rui Zhu, a researcher in Yang’s lab.

“Organic materials will be the future for this design,” Zhu added.

The technology is not limited to cellphones ““ any LCD device could hypothetically be equipped to recycle and absorb energy, Zhu said.

The emergency department at Ronald Reagan UCLA Medical Center, equipped with 24-hour light and LCD patient monitors, is just one example of an application for this technology outside of the traditional mobile device.

“Anything that could capture (the emergency department’s) light would be a huge asset,” said Dan Weingrow, an emergency ultrasound technician at UCLA.

Under Yang’s guidance, Zhu and Ankit Kumar, a recent recipient of a doctorate in material science, spent about two years on this project, from conceptualization to publication, Kumar said.

The team’s work has already received attention in several technology blogs, and two companies have called with interest in the new technology, Kumar said.

“We hope this concept will attract more research and funding,” Zhu said.

Commercialization, however, may be a decade away because there are still many challenges in moving the technology further, Zhu said.

Most notably, the team must still develop a new material that can be easily aligned, that covers a large portion of the visible light spectrum and that behaves like a solar cell, he said.

And although Yang’s lab cannot speculate on all their future efforts, Zhu said they hope to find a material that can be aligned with a self-assembly method and to soon integrate the technology into a working device.