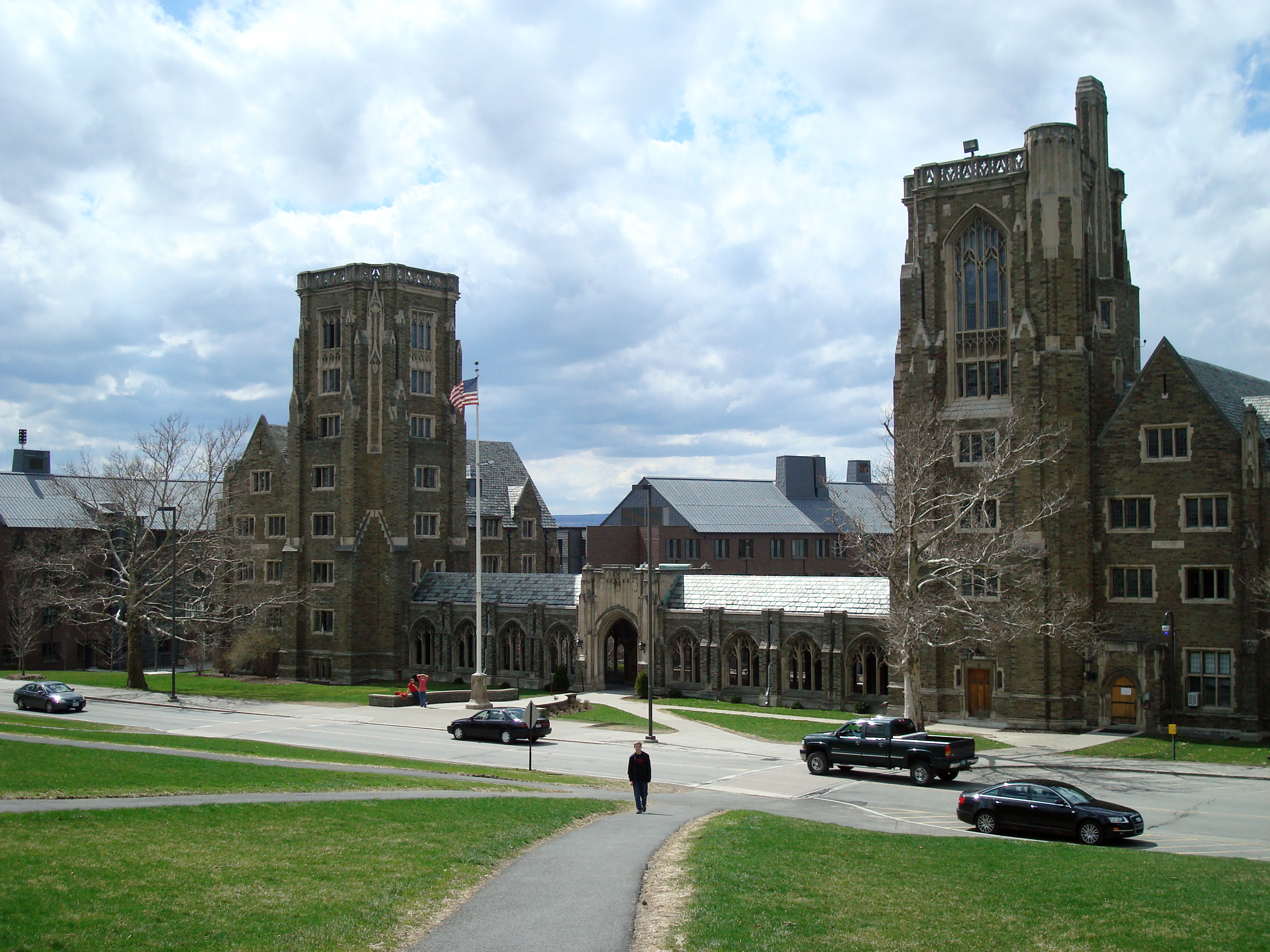 The War Memorial sits at the entrance to Cornell University’s West Campus housing complex. Pictured in the background are undergrad dorms.


Read the rest of the stories from The Hill Under Construction:
Boston University students are housed in both old and modern buildings
UC Berkeley provides array of themed housing communities to students
UCLA renovations on the Hill stimulate local construction industry despite tough economic conditions
UCLA aims to extend housing guarantees to more upperclassmen

Anthony Porreca has found a home in Schuyler House, living in the same room for two years.

The double room used to be a hospital room, making it fairly long with windows on either side, said the third-year biological sciences student at Cornell University.

“There’s very little wall,” Porreca said. “It’s nice to get some light in there.”

In addition to ample space in their rooms, Porreca and his floormates share a common kitchen, lounge and bathrooms.

Schuyler House, open to upperclassmen and transfer students, stands just below Cornell’s Collegetown, which is home to many local restaurants and businesses.

At a 20-minute walk from campus, Porreca said the dormitory may be too far from campus for some students.

“(The walk) was a little annoying at first, but I don’t really notice it anymore,” he said.

For Porreca, the on-campus meal plan is the reason he has stayed on campus for several years.

In his first semester, he signed up for a plan that allotted 14 meals a week, but he said he felt he was wasting some of them so he switched to the Collegetown Debit Plan. In addition to a limited number of the all-you-can-eat dining hall meals, the plan allows $750 per semester for students to buy food at any of the campus’s eateries.

Jean Pierre Coaquira, a second-year biology and society student, said he enjoys a wide variety of dining options on campus. Combined with an unlimited meal plan, he said he can conveniently swipe in for a meal or snack three to four times a day.

“I definitely don’t get bored,” Coaquira said. “There’s always something new I can try.”

Students like Coaquira living in the West Campus Houses live near five dining halls, in addition to having access to other campus eateries.

Without a dining hall in her building, Alyssa Kent, a third-year communication student, said she and her floormates would eat in Collegetown, cook in the floor’s kitchen or visit the other dining halls.

Although she said she was satisfied with her on-campus experience, she still plans to move off campus to an apartment next year.
“After living in the dorms I wanted a more independent feeling,” she said.

Kent still plans to keep her Cornell meal plan, but apartment life will offer amenities that dorm living can’t provide, such as more privacy, a balcony and a fireplace.

“It’s more homey,” she said. “We wanted a closer environment for our group of friends.”