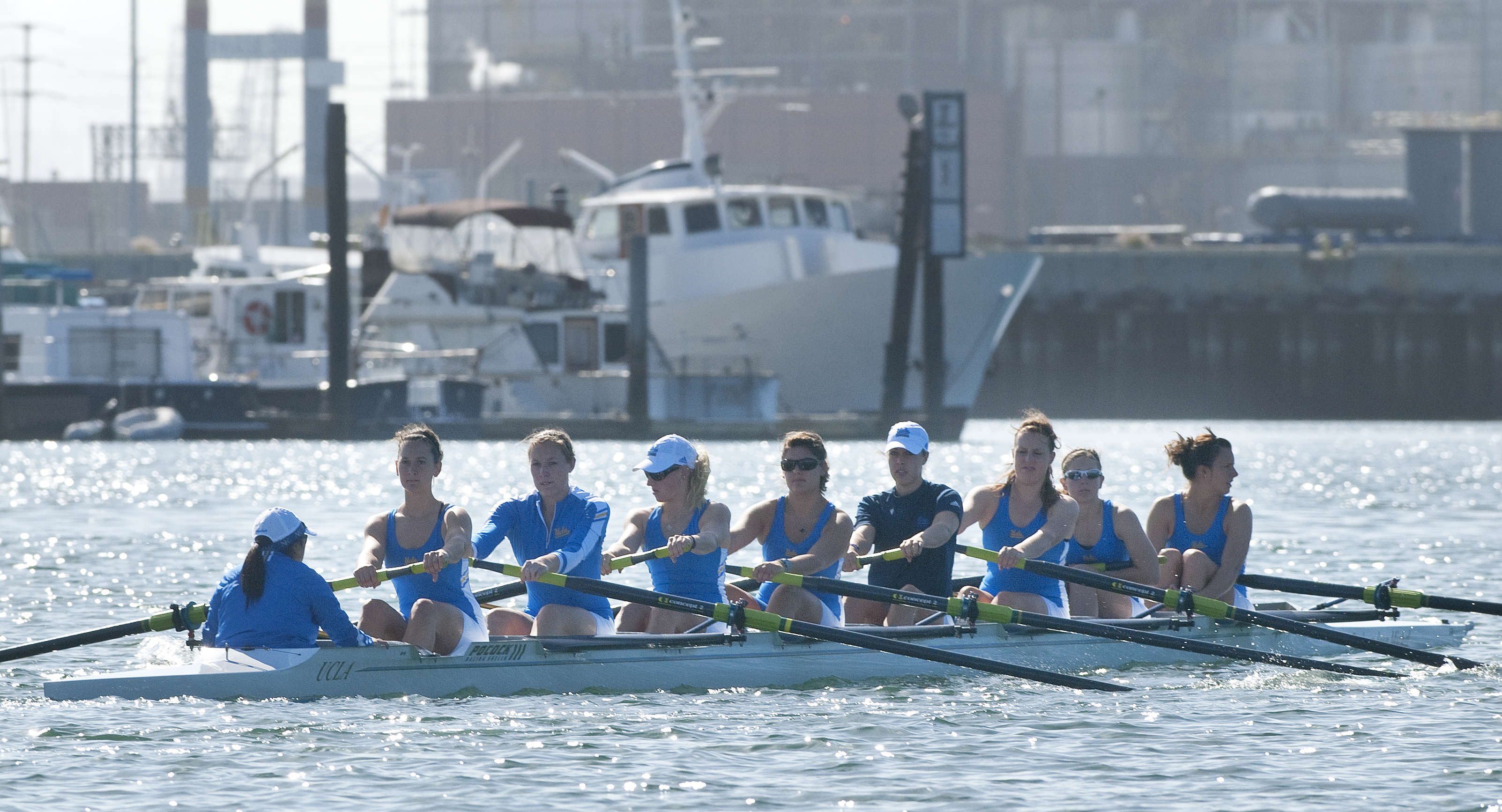 Women’s rowing, an official collegiate sport since 2001, was promoted to NCAA status after a complaint alleged that UCLA did not follow Title IX regulations.

Clarification: The coach of the women’s rowing team, Amy Fuller Kearney, declined to comment for this article.

Convinced by a flier she received in fall quarter, Erin Wenzel tried out for the UCLA women’s rowing team.

As a walk-on, the first-year biochemistry student said she was sore from training in a sport she had never done. Now a member on the team, Wenzel said she has learned a new skill in less than one year.

“It’s a sport you can start later on in life and still be successful,” she said.

UCLA women’s rowing has allowed a large number of walk-ons since it became an official collegiate sport in 2001.

The UCLA women’s rowing club was promoted to NCAA status after a two-year inquiry by the U.S. Department of Education Office for Civil Rights. The National Organization of Women filed a complaint alleging UCLA was not in compliance with Title IX of the Civil Rights Act of 1964.

“In 2001 we determined that we wanted to bring in another (women’s) sport at UCLA,” said Bob Field, associate athletic director. “Through studies and research, we decided to add women’s rowing.”

Since the signing of the Civil Rights Act, Title IX has been worded, reworded and clarified. It is now associated mostly with collegiate athletics because of problems it creates for schools struggling to maintain gender equity.

Field said the number of rowers, including walk-ons, helps UCLA stay within Title IX compliance by increasing the number of female athletes at the school.

A lack of high school rowing teams from which to recruit collegiate rowers makes enlisting walk-ons necessary to fill boats and provide a competitive environment, Recruiting walk-ons also allows interested female student athletes coming out of high school and onto campus to compete at the collegiate level, he said.

Much of Title IX, however, is left up to interpretation by schools, which can lead to complications when legal challenges arise.

“Over the past 30 years, we’ve seen different kinds of decisions coming through the district courts, and that’s been confusing for many of us who are trying to follow the policies,” said Petrina Long, a UCLA senior associate athletic director.

Long also serves as the NCAA-mandated position of senior women’s administrator, whose role is to handle gender issues in athletics.

Confusion in athletics often arises from the title’s “three-prong test.”

Schools can demonstrate Title IX compliance by passing any one of three tests ““ showing that the proportion of male and female athletes is similar to that of the entire student population, demonstrating a history of expanded opportunities to the underrepresented sex, or proving “the interests and abilities of the members of that (underrepresented) sex have been fully and effectively accommodated.”

UCLA came into compliance with the third prong, the “interests and abilities” test, with the addition of women’s rowing, Long said.

While the addition of women’s teams across the country is hailed as a victory by Title IX supporters, schools often take the opposite approach to comply with the law. Rather than paying to add a women’s sport, schools often cut men’s sports to save money and meet Title IX requirements.

Even in cases where schools cut sports strictly because of financial constraints, Title IX can still come in to play.

With the California state budget in crisis, two University of California schools were forced to cut athletic teams in the past two years because the teams lacked funding. First, UC Irvine nixed five sports in 2009 ““ two men’s, two women’s and one coed. UC Berkeley announced cuts to five sports in September, though all but the men’s rugby team were eventually reinstated.

Both schools immediately had to address Title IX compliance, but Cal was able to avoid any problems after its four teams received adequate funding to be reinstated. UC Irvine was subject to an Office of Civil Rights investigation after it was accused of failing to comply with Title IX. The office found “compliance concerns,” according to a Department of Education spokesman in an emailed statement. UC Irvine agreed in 2010 to resolve the case.

Schools that do not have football programs, like UC Irvine, often have it easier when it comes to complying. Football rosters tend to hover around 100 players ““ UCLA currently lists 93 ““ which means schools have to offset one large men’s roster with a large number of female athletes elsewhere.

Women’s rowing maintains anywhere from 100 athletes on the roster in fall to 50 athletes in spring, which is aided by walk-ons.

While the large roster increases the proportion of female athletes at UCLA, Field said rowing is not just a sport used to comply with Title IX but is also one of the UCLA sports required to have a minimum and maximum number of athletes.