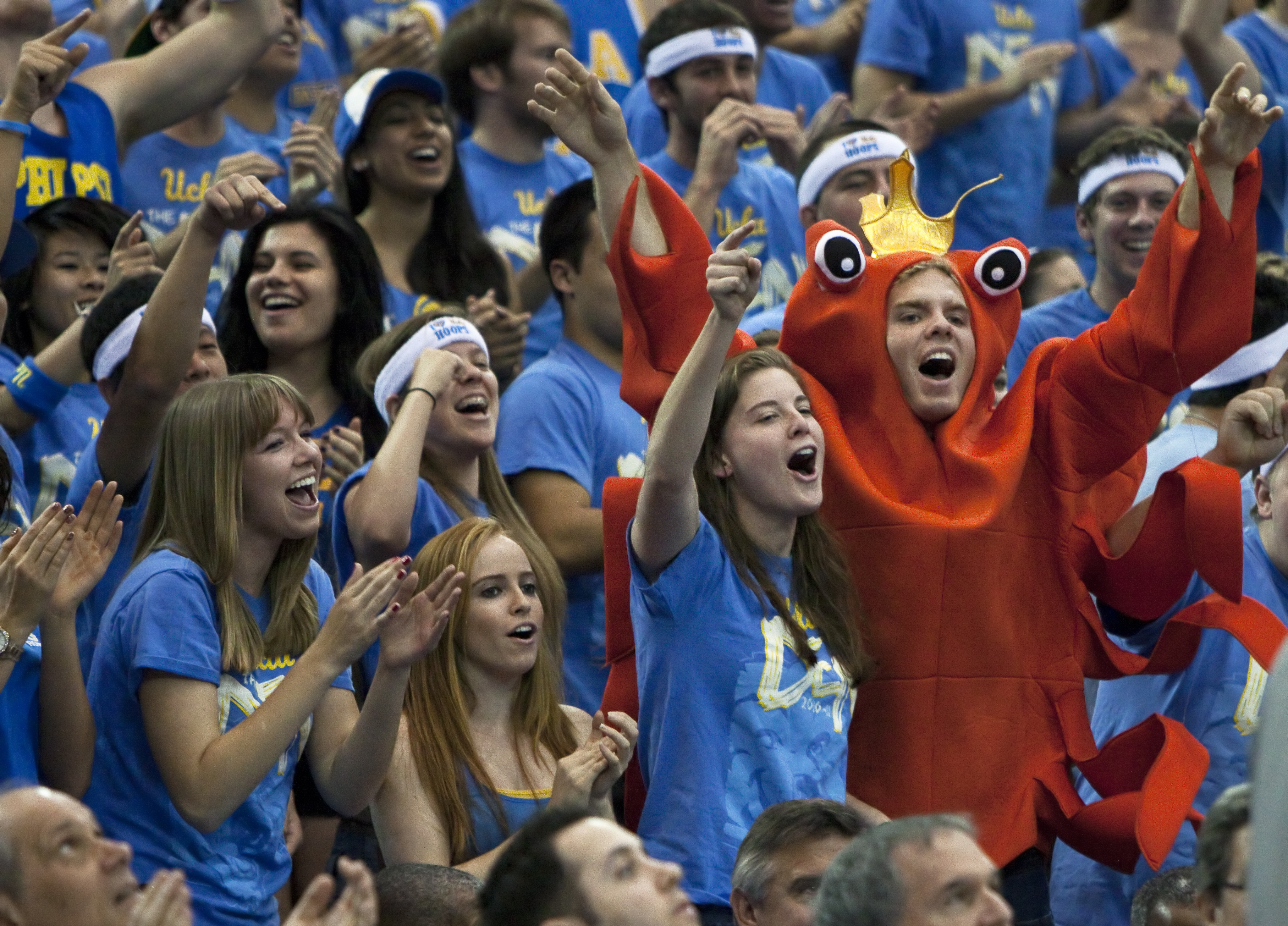 The proposal to move student seating in the new Pauley Pavilion to unify the section at the cost of sideline seats has garnered a mixed and muted reaction from some students.

To gain a better understanding of student opinion on the matter, an advisory vote on the consolidation of the section behind the west basket will appear on the undergraduate student government election ballot next week.

The area behind the west basket, which stretches from row one to the top of the arena, is the only financially viable area for a unified student section, said Mark Harlan, senior associate athletic director for external relations, in an interview last month.

Den leaders said in March that students are giving up the best seats in favor of a unified section behind the basket. It is widely considered that seats behind the basket are the worst in an arena.

Concern about the student section was brought to the Tuesday Undergraduate Students Association Council meeting by Sean Wang, a graduate student in statistics who is involved with the Den.

Wang said students and other fans he talked to after Athletics announced the seating change were disappointed and angry, but he believes there was a muted student response because of a number of factors, including the buffer year before Pauley opens and the low number of die-hard Den members.

About 10 percent of the approximately 7,000 Den ticket holders responded to a survey sent by Athletics to gauge student feelings about the experience at UCLA sporting events. Eighty-two percent of those who responded said the student section should be unified.
Additionally, Athletics went to groups, such as the Den, USAC and the Spirit Squad, to discuss student seating.

“We got the feeling that in all of those sessions that there was a lot of positive support that led to a change from the plan two years ago,” said Harlan, the athletic department’s point person for the project.

But because of mixed student opinion, USAC President Jasmine Hill said the council thought a vote would be a good way to poll undergraduates on the change. She added that the vote is purely advisory and cannot force Athletics to change the plan.

Some students are unhappy with the poor visibility behind the west basket, saying the survey released by Athletics was misleading in asking if split student seating “interfere(d) with the effectiveness of the student section,” but nothing more.

Harlan said he would be concerned if any students thought the survey was misleading.

He added that after Athletics was presented with the problem of student unity, the solution it proposed to student leaders was to move the seats behind the west basket.

Harlan emphasized that nothing regarding the student section is set in stone, and if the advisory vote reflects that students are unhappy with the change, Athletics will continue to work with student leaders. He said the decision to change the seating was made based on student input about their experience at sporting events, not at all for financial reasons.

Den President Elan Bigknife said he is shocked that a vote to gauge student response to the change in seating was proposed, because students have not spoken up about their disappointment.

He added that he is concerned that students will be voting on the measure out of context, with the only information coming from the ballot. Athletics’ marketing targeted student ticket holders ““ those who are going to the games and therefore actually affected by the changes made to their seats, Bigknife said.

Voting for the undergraduate student government election begins Monday at 1 p.m. and ends Thursday at 8 p.m.