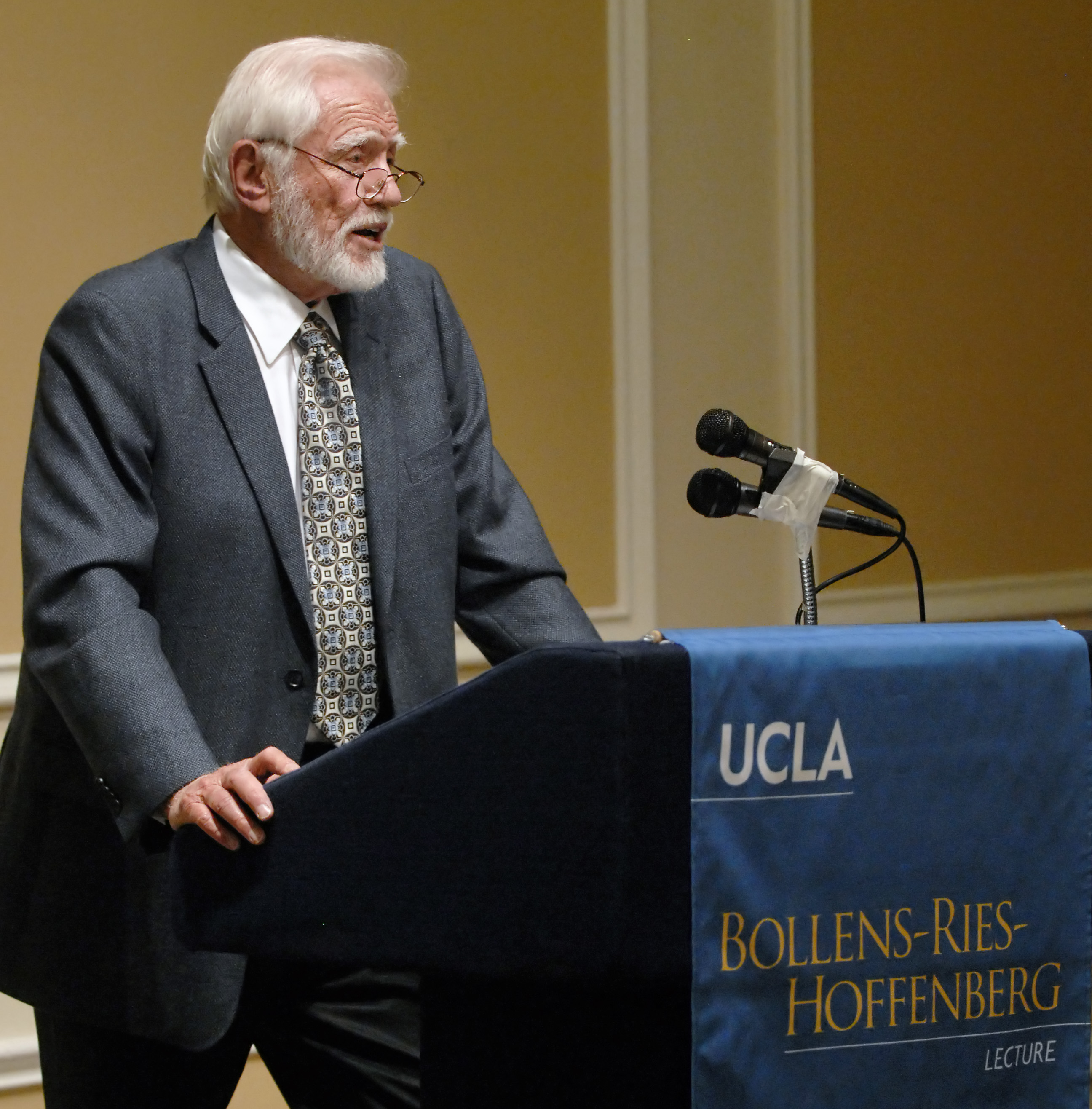 Chancellor Emeritus Charles E. Young speaks Thursday about the relationship between the state and the University of California.

During his 29 years as chancellor of UCLA, Charles E. Young presided over a school that was committed to providing public service to the Los Angeles region.

That mission has become more difficult, however, in the face of recent budget cuts and tuition hikes for the University of California, Young told a roomful of mostly political science and public affairs faculty and alumni on Thursday.

Student tuition surpassed state funding support for the first time in the history of the UC this year. In light of that, Young proposed a self-sufficiency model that maintains some relationship with the state.

He also proposed using the term “self-sufficiency” instead of “privatization.”

The model follows one introduced by the UCLA Anderson School of Management earlier this year, which would end all reliance on state funds while amping up donation efforts. The proposal has been endorsed by Chancellor Gene Block but has not yet been considered by UC President Mark Yudof or the UC Board of Regents.

Under the UC-wide version of the proposal, the UC would provide certain services for the state in return for support in education, research and related services, Young said. This would prevent the UC from acting like a private business, he added.

Young, who served as chancellor from 1968 to 1997, said the steps toward self-sufficiency because of reduced state support are already underway.

“The problems are going to stay, and lobbying and protests are no use,” he said.

Young said his plan will not be easy to accomplish. For a number of UC campuses, the proposal would mean increasing undergraduate tuition, nonresident student enrollment and donations, among other strategies.

The state should have a stake in the university because it provides research, production, employees and future leaders, said Mark Luevano, a lawyer and UCLA alumnus whose father helped write the California Master Plan for Higher Education, which outlines how the state will provide quality education to interested and eligible high school graduates.

Both the UC and state legislature need to be more willing to make concessions to retain a working relationship, Luevano said. He added that he does not think Young made that come across as strongly as he could have.

“(Young) should have been more forceful about everyone chipping in for the common good,” Luevano said.

The lecture was delivered in the Faculty Center for the 25th annual Bollens-Ries-Hoffenberg Lecture series.

Young was chosen to speak this year because of his link to UCLA, said Belinda Sunnu, assistant to the vice chairs in the department of political science.

Young was a student of Bollens and a friend of both Ries and Hoffenberg.

The goal of the lecture series is to integrate academic theories with broader community issues, said Frank Gilliam, dean of the Luskin School of Public Affairs.

“The theme is a synthetic exercise of beautiful theory versus ugly facts,” Gilliam said.

Leonard Binder, professor of political science and a friend of Young’s, said he and Young have followed each other’s careers over the years.

“I admire him a great deal,” Binder said. “I would like to see some of the bold changes he proposed.”