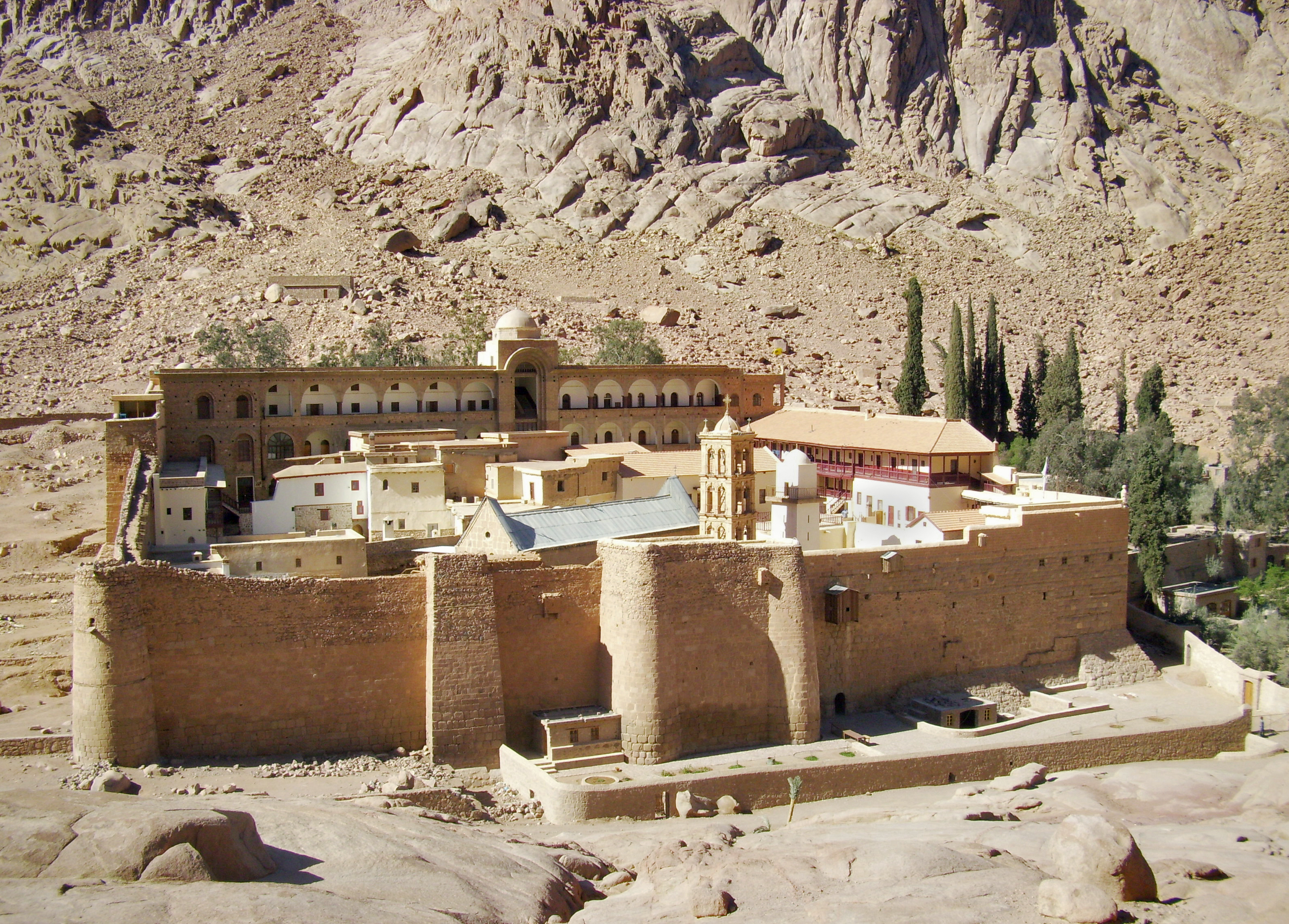 A team of UCLA scholars and researchers have worked with the Early Manuscripts Electronic Library to study the erased layers of text in a collection of ancient manuscripts. They’ve been able to uncover previously unknown information at St. Catherine’s Monastery in Egypt.

Instead of reading between the lines, UCLA researchers will be reading under them.

Leading a team of scholars and researchers, a UCLA professor has collaborated with the Early Manuscripts Electronic Library to begin a five-year project to study the erased layers of text in a collection of ancient manuscripts.

Claudia Rapp, a UCLA history professor, and Michael Phelps, executive director of the Early Manuscripts Electronic Library, will lead the Sinai Palimpsests Project. Together they will study a collection of more than 125 palimpsests, or recycled manuscripts, at St. Catherine’s Monastery of the Sinai in Egypt using imaging technology.

While ink residue from the old text often remains preserved in the manuscript, the human eye cannot perceive the original text as a whole, said Phelps, the project’s technical director.

Using multispectral imaging, a process that involves capturing images of the manuscripts under different wavelengths of light, researchers hope to reveal images of the original text underneath the upper layer of writing on each palimpsest, Phelps said.

“Since the inks used when writing the lower layer and the upper layer are different, different inks will reflect light in different ways,” Phelps said. “We’ll be using computer software to combine information from these images to get data on a manuscript that is not viewable by the human eye.”

While multispectral imaging has been used to study individual palimpsests before, the Sinai Palimpsests Project is the first to use this technology to study an entire collection of manuscripts, Phelps said.

Phelps and Rapp have collaborated together on projects since 2003, and the Sinai Palimpsests Project was developed through the Early Manuscripts Electronic Library’s long-term relationship with St. Catherine’s Monastery and the monastery’s librarian, Phelps said.

Since the monastery was a common stopping point for Christian pilgrims beginning in the fourth century, the texts in its collection reflect a crisscrossing of various cultures and knowledge, Phelps said.

“People from all over the Mediterranean world would visit this monastery and bring their texts with them,” Phelps said. “There’s no other collection of manuscripts in the world of this kind of antiquity, where so much of the world is in one place.”

The Sinai Palimpsests Project is an example of cooperation that allows for new discoveries and advancements in the academic world, said David Blank, a UCLA classics professor.

While Rapp expects to find Biblical texts such as prayers and sermons preserved in the palimpsests at St. Catherine’s Monastery, there is also the possibility of finding texts from classical literature. The team will also have the opportunity to study the physical palimpsests themselves, such as the material of the manuscript, the inks used and the type of script, which can give clues about medieval cultures, Rapp said.

These palimpsests also contain the only surviving texts written in Caucasian Albanian, the language of a country located in modern-day Azerbaijan that was destroyed in the eighth century, Rapp said.

“We hope that by studying these manuscripts we’ll be discovering new texts, scripts and languages based on this treasure trove in the monastery,” she said.

Once the images of the palimpsests are captured and processed this fall, the information will be published online starting in 2012. The goal is to create a catalogue that can show the relationship between different layers of different palimpsests and allows for cross-referencing between the manuscripts, Rapp said.

“The idea is to make the knowledge that we gain from these palimpsests about ancient cultures and traditions publicly accessible for scholars and whoever else may be interested,” she said.