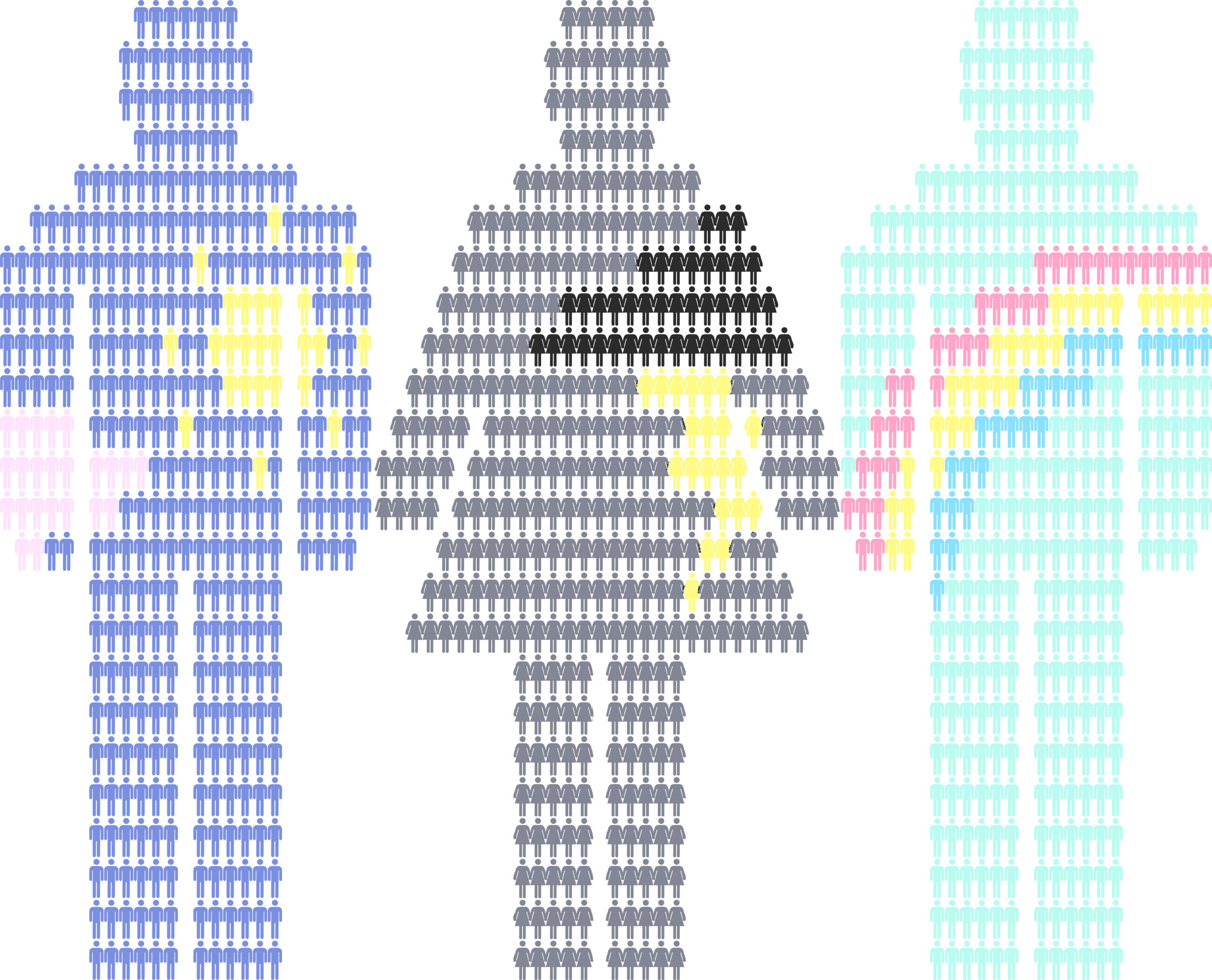 Read the rest of the stories from Forecasting UCLA

The phrase “campus climate” usually only surfaces when an event like the recent viral YouTube video “Asians in the Library” sends ripples through the community.

Leaders at UCLA, however, constantly try to monitor the complex dynamic of the campus. Definitions of campus climate vary, but the goal of the administration is the same: to create an environment where community members feel their contributions are valued and where people do not feel threatened because of their social identity or background.

The problem, then, is assessing this amorphous, complex, but vital part of the UCLA experience.

To do so, the university brings the perspectives of students, faculty, staff, administrators, alumni and community members together in a decentralized council. The members of the Council on Diversity and Inclusion discuss their experiences working in different areas of campus to try to understand what interactions happen at UCLA.

“The campus itself changes over time. It’s a moving, growing organism … so as it changes, certain problems get addressed and become less salient and others become more salient,” said Christine Littleton, vice provost for Diversity and Faculty Development and chairwoman of the council.

A deeper evaluation of the campus climate has been in the works for several years, however.

For the first time in two decades, a thorough evaluation of UCLA’s campus climate is being conducted with the Diverse Learning Environments Survey, said Pam Viele, director of the Student Affairs Information and Research Office and executive director of the Bruin Resource Center.

The term “campus climate” includes the history and traditions of a place, student interaction and the perceptions they have about UCLA. It also takes into account the numbers about how diverse the campus is, said Sylvia Hurtado, creator of the survey and director of the Higher Education Research Institute.

In assessing campus climate, certain challenges arise. In the case of the YouTube video, it is unclear whether the act was a result of personal misjudgment or the campus environment supported it, said Elizabeth Gong-Guy, director of Counseling and Psychological Services and a member of the council.

“Every year we have all these new people coming into an existing culture that is always in flux, and how do we express our intent to include? … We’re all adults, we’ve already in some fundamental way come here primed to see, hear and understand our experiences in a certain way. Now that you’re here, how do we open that up?” Gong-Guy said.

UCLA’s council differs from some other universities that have an administrator in charge of handling its environment, Littleton said. This allows for multiple points of contact throughout the university, she said.

“(The council) does not assume it’s a one-size-fits-all approach,” said Tyrone Howard, a member of the council and an associate professor of education. “You don’t take what’s working for one or a handful and assume that it’s working for all.”

Because no organization on campus comes into contact with every student, it is important to get a broad assessment in addition to the smaller picture the members of the council have, Gong-Guy said.

The Diverse Learning Environments Survey being conducted by the UCLA Higher Education Research Institute looks at a variety of student characteristics and what participants are experiencing in campus environments, Viele said.

Past evaluations, including the Undergraduate Experience Survey and the Senior Survey, have not been specifically focused on campus climate, said Janina Montero, vice chancellor for Student Affairs.

“This survey is much more inclusive of students’ diverse social identities. It will enable us to slice and dice results in a way that will give us a much greater depth in understanding not just of students as a whole, but of subpopulations,” Viele said.

Administrators hope to involve students in the data analysis to include them in the conversation about the implications, Montero said. The survey will also be a point of comparison for when the campus is evaluated in the future.

In its Strategic Plan on Diversity, the council made the assessment of campus climate one of its goals in addition to reopening the discussion of a general education diversity requirement.

Since the summer, a work group has been constructing an outline for a proposed requirement called Community and Conflict in Modern Society, which has yet to be introduced to the Academic Senate.

The courses would not focus on a specific marginalized group but rather focus on critical analysis of the history of conflict and cooperation among diverse communities, said Jeffrey Prager, a member of the work group and a sociology professor.

“(The world is) smaller because of globalization, and these kinds of conflicts are emerging all the time. This (requirement) is approaching it as an intellectual endeavor ““ they’re not classes on political correctness,” said Mark Sawyer, a member of the work group and a political science associate professor.