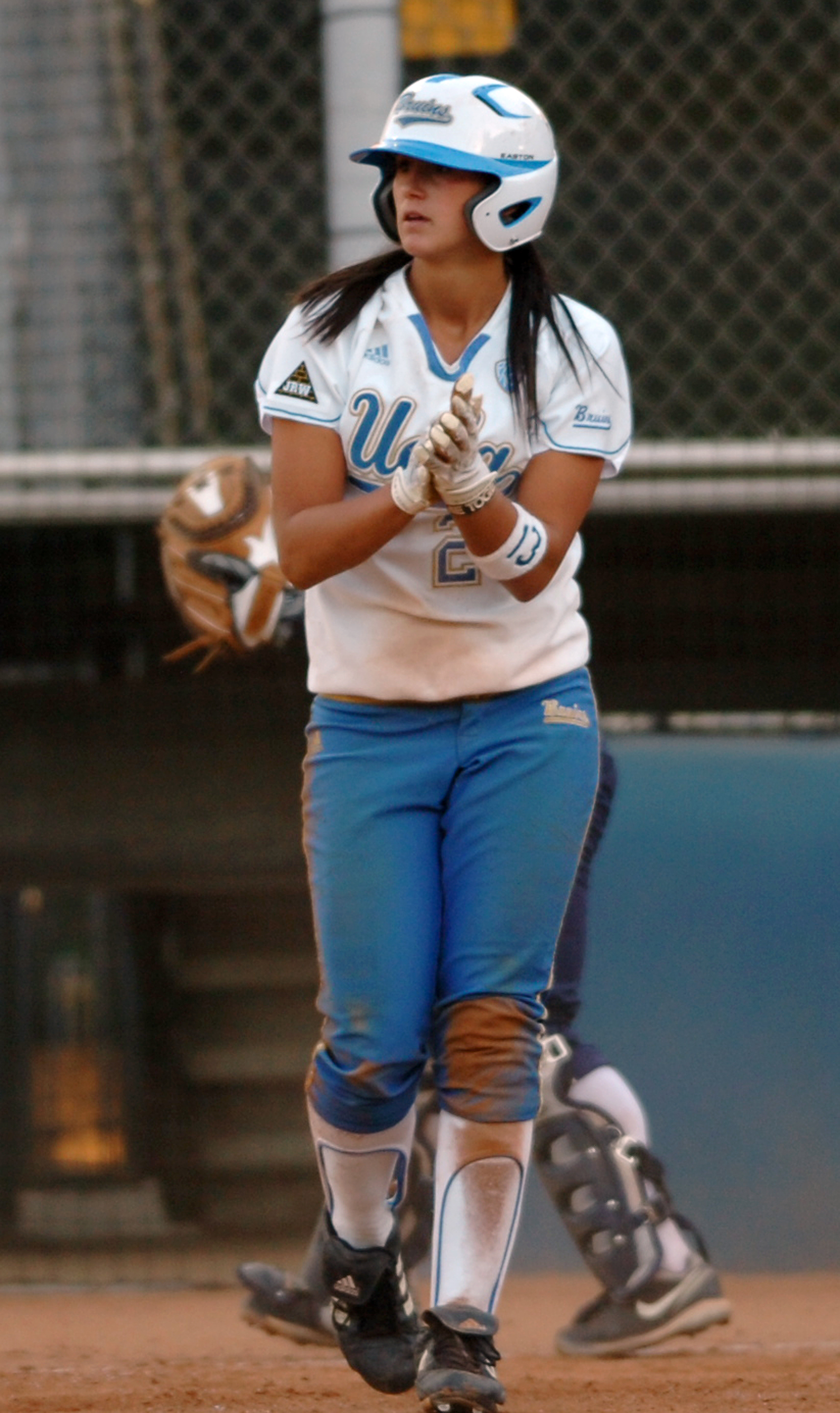 Redshirt junior center fielder Katie Schroeder and the No. 7 Bruins look to win their fifth game in a row when they host Oregon State at Easton Stadium today for the start of Pac-10 play.

The recent rainstorms during spring break, coupled with finals week, had given little time for the UCLA softball team to prepare for the looming Pac-10 season.

Yet upon returning from break, the Bruins dismissed Ohio in a five-inning rout then went on to blow out UC Santa Barbara twice.

UCLA has outscored its opponents 43-8 in the past four games, but the more difficult conference season will challenge the youthful Bruins.

“I look forward to the freshmen stepping up as they have been doing the entire season,” junior left fielder Andrea Harrison said. “It’s even better now as an upperclassman to know that it doesn’t have to be the upperclassmen that get things done. I think this team is ready to go.”

“I’m glad that we got some games in after all the cancellations from the rain because it’s great practice,” senior third baseman GiOnna DiSalvatore said. “But we are ready.”

Even Harrison, who was hit by a pitch twice against UC Santa Barbara, has found ways to produce at a high level despite pitchers pitching around, behind and at her.

“I’m not a person who (looks to) walk a lot, so taking pitches is really difficult,” Harrison said. “But it definitely feels good to know that even though I am taking a lot of pitches now and I’m working the count, I can come up to the plate with the same game plan and still get hits.”

A naturally aggressive hitter, Harrison did not let getting plunked twice deny her from making a greater impact in that first game against the Gauchos. After the second time she was hit, she laced a pitch that cleared the top of the yellow lining in right field for a home run.

It’s the same determined mindset the Bruins look to bring against the Beavers and against the rest of their Pac-10 opponents.

“I don’t expect us to be perfect. We are continually learning about ourselves and communicating,” coach Kelly Inouye-Perez said. “We are focusing one thing at a time. As we head into Pac-10, we will continue to learn.”

The Beavers, despite their recent nine-game winning streak, have the most nonconference losses in the Pac-10 and have dropped a game to UCSB.

Oregon State will most likely rely on a stable of proven arms in the bullpen.

Among possible opposing pitchers the Bruins may face is sophomore Tina Andreana, who leads the Beavers with a 1.40 earned run average.