The (fake) history of UCLA’s campus 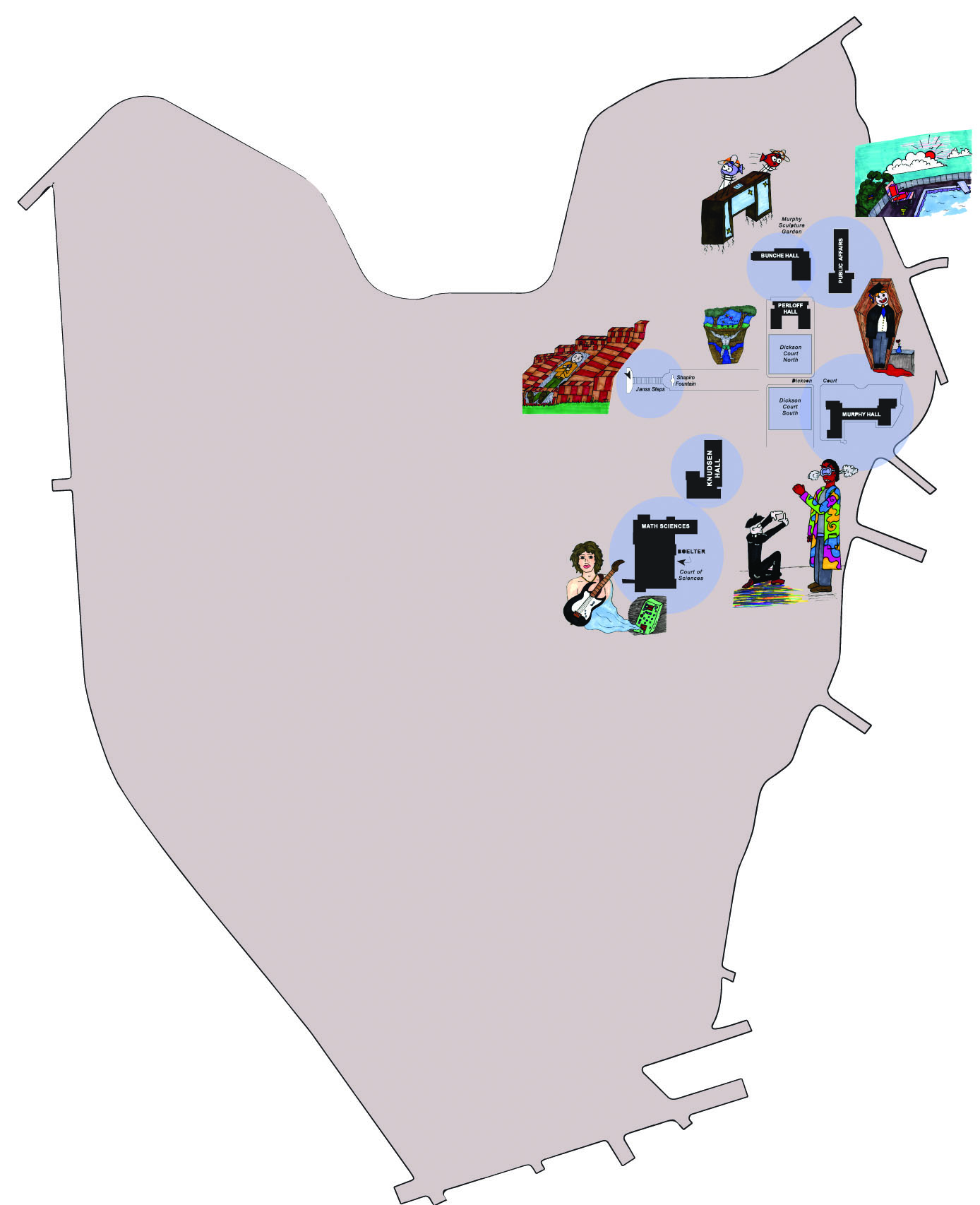 The most recent season of History Channel’s “Modern Marvels” documented one of the most complicated engineering feats performed at UCLA’s campus: the rotation of Bunche Hall.

The unique placement of overly reflective window panels was a hazard to drivers on the nearby 405 Freeway. A team of UCLA engineers assembled and discovered that the only solution would involve countless man-hours to physically rotate the entire building with helicopters to stop the tragic accidents and alleviate the traffic situation.

Any student who has been through freshman orientation knows that this familiar story is just one of many urban legends surrounding the campus. Every summer, a new batch of incoming freshmen hears the history of campus locales on the orientation campus tour.

These legends became one of the best-remembered parts of freshman orientation, bringing together incoming freshmen and giving a sense of spirit and tradition to the usual orientation routine.

“Many of the students on the orientation tours have seen the campus already, but the myths help to introduce a sense of tradition and help students pay attention to what’s important while keeping it fun,” said Roxanne Neal, director of UCLA New Student & Transition Programs.

The experience of the orientation legends tour is unique to incoming first-year Bruins. Transfer students may eventually learn about the stories, but are never able to experience the entire fake history of campus like at orientation.

The tradition of the legends has been passed down from Bruin to Bruin for years. According to Neal, some of the legends, such as the Janss brother being buried under the sixth step of Janss Steps, date back to the 1960s, whereas the rubbing of the Bruin statue’s paw for luck during finals week developed in the late 1980s to early 1990s.

Some of the myths explain architectural mysteries, such as the concrete slabs covering the windows of the Public Policy Building, which were supposed to block student views of a graduate-exclusive pool on the roof of the Arts Library.

Others help to instill the crosstown rivalry from the beginning, such as the USC architect who created the Inverted Fountain to look like a toilet to get his revenge for UCLA’s academic standards.

The presentation of the stories has changed in recent years, switching from a series of lies told by orientation counselors to a more honest offering of urban legends. In years past, the incoming freshmen were told that out of all the stories on the campus tour, one would be a lie. Generations of Bruins believed the ridiculous stories of campus history, looking for the one fake among them all, only to find out that they were all lies.

“A lot of students felt like it wasn’t great being lied to the whole day, and many thought they’d feel better about the tours if they knew what was going on,” said Ruben Ceja, an orientation counselor.

The orientation myths have always been a sanctioned part of the UCLA tour experience, each tour guide is given a packet with a brief one to two sentence overview of the particular legend for each tour stop. The finer points of the myth, however, are left up to the counselor’s storytelling abilities.

“The legends are changed slightly by each counselor and lets you get bragging rights for telling it the best way,” said Tom DeGravelles, an alumnus and an orientation counselor for the past four years.

Some of the myths tie into the stories surrounding famous alumni, such as the mysterious locker supposedly covered in Jim Morrison’s used acid tabs. In reality, the presence of the stickered locker is more likely the work of a bored graduate student than the Lizard King.

Even though the myths are not meant to last past orientation, the occasional passerby can still see the chalk warning, “THIS ONE,” on the sixth step of Janss Steps. While the story itself is a lie, the occasional student will still hop over the step to avoid the promises of bad luck or just to pretend for a passing tour group.

The myths also help give a face to the people some of the campus buildings were named after. Janss Steps aren’t just stairs, but a burial site. Students easily recall Murphy Hall’s basement, where a secretary died after blood came out of a fountain. These stories are important because they make it easy to know that the financial aid and admissions offices are next to the ornate fountain where someone died.

Recently, the alumni have given new life to the myths. Alumni tours led by the orientation counselors retell the same myths to an audience familiar with the stories that welcomed them into the Bruin family. The tour’s popularity has increased, with an appearance at UCLA Day last spring quarter, and a planned one at Parents’ Weekend in the upcoming year.

“The legends have made orientation fun and interesting,” Neal said. “Provided the students don’t walk away thinking Bunche Hall was turned by helicopters.”