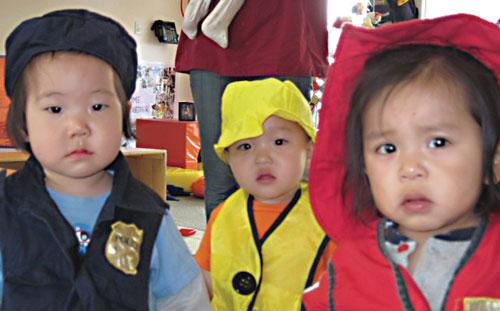 The revised state budget proposal will eliminate a portion of funding for UCLA’s Early Care & Education program, which cares for children of students, faculty and staff.

Gov. Arnold Schwarzenegger’s May revised state budget proposal bodes well for public higher education systems, but there is one department at UCLA that has a lot to lose should the proposal pass.

However, the funding from the state is currently in contention, according to Gay Macdonald, the executive director of Early Care & Education. A combined $2.3 billion would be cut from CalWORKS, which provides financial assistance for low-income families, as well as from the state’s General Fund contributions to child care.

If Early Care & Education loses this money, and the program is not able to find funding from another source, Macdonald said it is likely that they will not be able to provide child care for infants or toddlers of students. This is due to the fact that younger children are more expensive to look after, Macdonald said.

The discontinuation of infant and toddler services could have a big impact on students who currently utilize the Early Care & Education services, she added.

“If they no longer have day care, I’m not sure what’s going to happen,” said Sharmaine Lopez, a second-year sociology student who has a 17-month-old baby enrolled with Early Care & Education. “No one else can take care of him while I am at school, and it would be very difficult for me to take care of him.”

During school days, the centers operated by Early Care & Education staffers are open for ten hours, which allows students to attend school for a full day. This contrasts with the state preschool program, which might only provide a half-day of service, Macdonald said. A plan like that would not serve families well, she added.

For someone like Lopez, who works 10 hours a week at the Bruin Resource Center and interns eight hours a week at a different daycare for her applied developmental psychology minor, a half-day of day care would not be all that helpful.

Lopez said if worse comes to worst, she might have to take a quarter off to figure out what she will do with her child.

“Cutting into the education system and really dismantling the child care system in California, which has been a good national example, seems like it is short-sighted and maybe a little too desperate,” Macdonald said.

She added that these proposed cuts seem to be part of a trend among California lawmakers to take finances away from welfare and education, rather than raise taxes.

However, H. D. Palmer, a spokesman for the governor, said the state’s economy is starting to see some improvement, and a tax increase would more than likely slow down this recovery.

Regardless, Macdonald said their program must make preparations for the cuts.

“Locally, at UCLA, we have to come up with some sort of plan (that will) keep the currently enrolled student families, so that they can graduate and hopefully get jobs,” she said.

Nothing is written in stone yet, though. For these cuts to happen, a two-thirds majority must be reached in the state’s legislature.