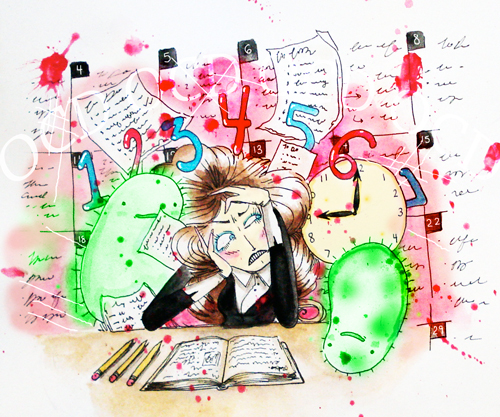 With its medication Adderall sometimes abused by students as a means of more focused study, Attention Deficit Hyperactivity Disorder as a chronic condition is misunderstood in the nonprofessional realm.

Yet even in the realm of professional, empirical knowledge, the science behind ADHD remains a largely enigmatic subject.

To address its many unknowns, UCLA researchers are currently studying which activities in the brain and which traits in the genetics of individuals with varying degrees of ADHD distinguish them from those without the disorder.

“There’s a lot of variability among people with ADHD: some are inattentive, some are really hyperactive, some are both. It’s possible that the brain works different among (these differing variables),” said Dr. Sandra Loo, director of pediatric neuropsychology and assistant professor in the department of psychiatry and biobehavioral sciences at the David Geffen School of Medicine.

Though it has been referred to as ADD, contemporary scientific consensus classifies the disorder as ADHD, said Dr. James McGough, professor of clinical psychiatry at the UCLA Semel Institute for Neuroscience and director of the UCLA ADHD Clinic.

The change in its identification over the years parallels the fluidity of its indications.

“There’s no biological test for ADHD. (It) may be thought of as an extreme on a continuum and the way brains are wired to focus. The way we think of psychiatric disorders today, in (disorders) like ADHD, it’s like being extra tall in a population that’s catered to the average height,” said Dr. Susan Smalley, a professor in the department of psychiatry and biobehavioral sciences at the Semel Institute.

In sum, ADHD cannot be determined by a simple set of diagnoses. The distinction between an individual exhibiting symptoms of ADHD and having symptoms severe enough to cause impairment is arbitrary, Smalley said.

But symptoms of impairment, including difficulty paying attention in class, organizing tasks and daily activities, and focusing on homework assignments for sustained periods can impede progress in an individual’s job or studies.

“The key issue is whether people have impairment or not. If they have issues or impairment, they should probably get treatment even if they don’t meet criteria,” McGough said.

To treat impairing symptoms of ADHD, psychostimulants like Adderall are used for their calming effects on individuals with ADHD.

Jennifer, a third-year biology student who requested to keep her last name private, was diagnosed with ADHD during fall quarter of her freshman year.

“I was having issues staying focused (with) class, and getting my work done, and getting things done during the day,” Jennifer said. “(ADHD) was there in high school, but it wasn’t as much of an issue because I didn’t have to study. When I got to college, I actually had to study and wasn’t able to study for a long period of time.”

She said she uses Adderall strictly for academic obligations.

“It just kind of helps me get stuff done ahead of time and actually use my time more efficiently,” Jennifer said.

“There are differences in adulthood and childhood, but we don’t understand yet what is biologically different in adults that have ADHD and a child that has ADHD,” Smalley said.

While in adulthood, an individual may still display symptoms of ADHD, the symptoms may no longer be severe enough to cause significant problems, Smalley said.

Of adults who had been diagnosed with ADHD as children or adolescents, about 70 percent will continue to display the pattern of symptoms of impairments they had exhibited in their earlier ages, according to Smalley.

That leaves 30 percent of adult diagnoses who no longer have the impairment, which may be a result of development of natural coping mechanisms dictated by their environment or by their maturity in years, Smalley said.

Yet plausible conjectures regarding ADHD among adults cannot be substantiated by incomplete empirical data.

“As you get older, just naturally these symptoms decrease,” McGough said. “The problem is that with our current (knowledge), we definitely don’t know how to make good sense of that.”