When it comes to legislation on climate change, slow progress is better than no progress 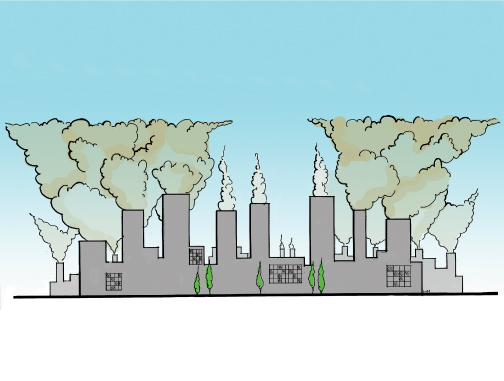 With the United Nations Climate Change Conference in Copenhagen failing to obtain a substantial environmental treaty, and with cap and trade legislation slowing down, it seems that climate change has taken a backseat to the economy and other woes facing Americans.

While the U.S. must deal with global warming, many advocates for change are taking a losing approach to the issue. Advocates, instead of making incremental changes that would alter carbon dioxide emission regulation, are calling for substantial immediate action.

This is not to say that advocates should discontinue discussing and studying global warming. The problem is that, although calls for immediate action draw some attention to their cause, the resulting policies and effectual changes are nearly nonexistent.

By discussing such overwhelming ideas, supporters of change can push away potential supporters who are unwilling to support swift changes.

The radical propositions cause politicians with industrial supporters to balk and cause others to fear the severe economic ramifications of tightly limiting carbon dioxide emissions.

Although this may reduce carbon dioxide emissions ever so slightly, the concept seems so ludicrous to average Californians that they may scoff at global warming in general.

With filibuster-proof majorities hard to come by as it is, pushing away senators with expensive emission-reducing proposals will be counterproductive.

For senators with significant coal or oil interests in their states, being able to support any major emission restriction is near impossible, unless the change is small and slow.

While the problem is immediate, the solution must be long-term, and the only way to achieve a long-term solution is with slow progress. Acting too fast would threaten to disrupt an already shaky economy. At their current prices, oil, coal and natural gas are by far the cheapest forms of energy. To limit their distribution would raise energy costs and cause huge economic change.

While economic sacrifices must be made, a complete meltdown of our economic system would lead to an unsustainable move toward sustainability.

Because the same fuels that are changing our climate bring us our food, power our schools, and give us all our modern luxuries, weaning us off our dependence is no easy task.

If politicians decided to forsake our economy entirely for our environment, we would witness not only economic devastation, but an eventual return to environmentally unfriendly practices.

Voters tend to vote with their checkbook, and as soon as the economy falls apart, politicians would campaign with the promise to overturn the uneconomic emissions policies.

With economics playing such a heavy role in climate change regulation, politicians know they must tread carefully, and the only solution for them, and us, is a slow progression toward higher emission standards.

Regardless, whether we see progress through increased funding for green energy or by passing some form of emission regulations, we must act this year on climate change.

Economic worries are not the only issues that the United States faces when dealing with climate change legislation.

In almost any climate debate, China and India are thrown into discussion as developing behemoths whose carbon dioxide emissions will soon make the United States’ seem pale in comparison.

The U.S. still has sway in international relations, and we can still influence other nations’ climate policy. Slow change in American policy may help us bring along the support of other nations.

Although they may decline to join us in changes, using ourselves as a benchmark in certain areas can allow us to spur them into compliance with our standards. With the support of other nations we can then make actual progress against global climate change.

While the slow change may not particularly endear us to European nations with higher standards, it may allow us to bargain more effectively with other nations who rely on the same cheap, yet polluting, energy. Though we cannot change quickly, we must at least make movements toward progress.

Cap and trade legislation, if it does not pass, will have to be replaced with legislation that furthers the goal of reducing carbon dioxide emissions. Policy changes, coupled with support for research in alternative fuels, can help to make emission reduction a possibility.

Although talks with other countries about climate policy often fail, they must still continue in order to eventually gain some international regulations for emission standards.

Climate change poses a threat to the world, and the nature of this problem makes it more complex than many issues the world has faced in the past.

Global warming is an issue that does not yet seem immediate to most Americans, and as such it is difficult to simply legislate it away.

Tackling carbon dioxide emissions is something that will have to be done on a global scale, and although the problem will not be quickly solved, it must be done.