Q and A with Benjamin Genocchio 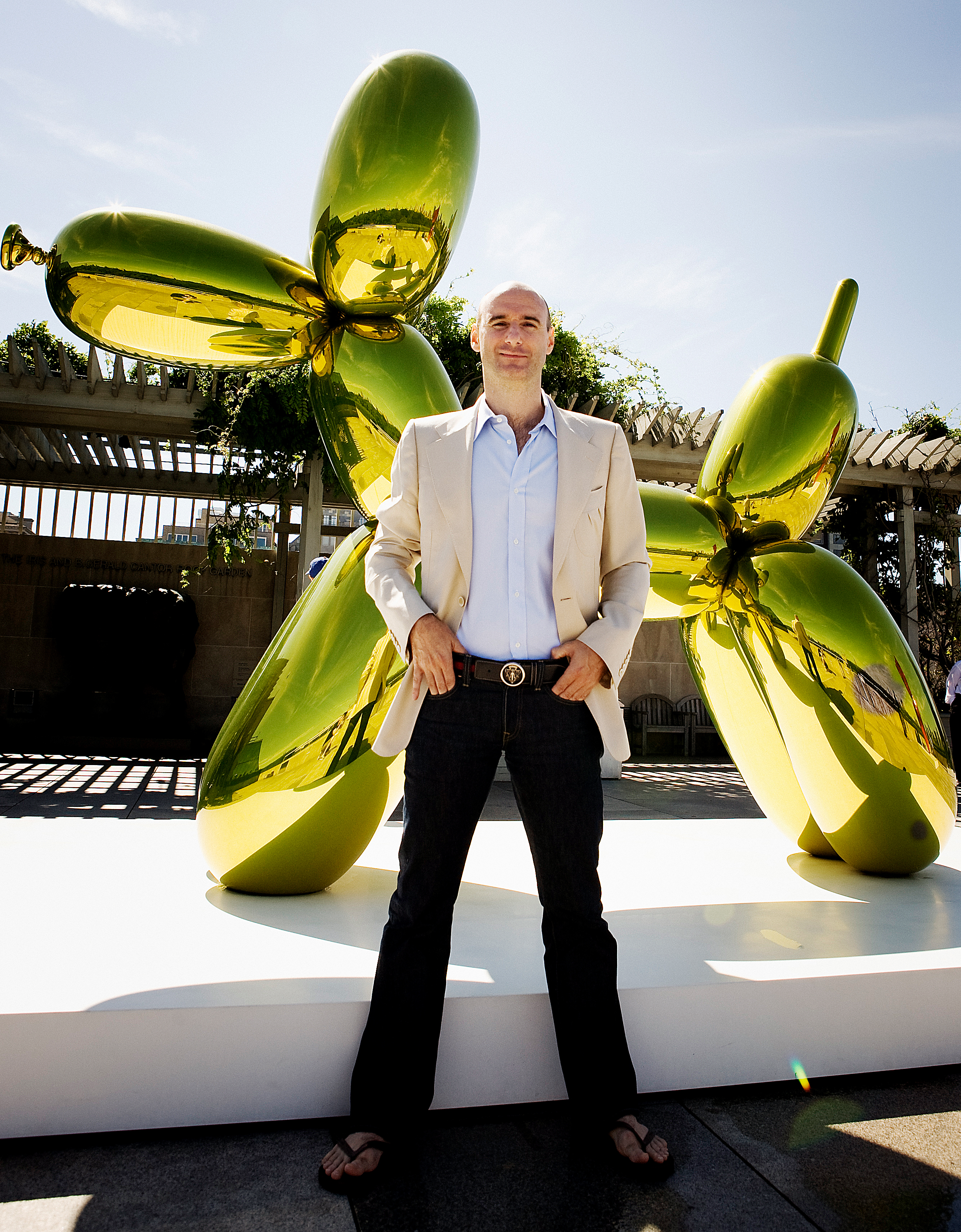 New York Times art critic Benjamin Genocchio will speak at the Fowler Museum at UCLA on Thursday at 7 p.m. about the growth of the Aboriginal art market, which is the topic of his book “Dollar Dreaming: The Rise of the Aboriginal Art Market.”

In his new book “Dollar Dreaming: The Rise of the Aboriginal Art Market,” New York Times art critic Ben Genocchio traversed his native Australia in efforts to explore the origins and evolution of the Aboriginal art market. Although Aboriginal art has existed for thousands of years, the market itself did not emerge until 1971, when a primary schoolteacher named Geoff Bardon introduced painting materials and other media to the Aboriginal community in Papunya.

As a preview of his Thursday visit to the Fowler Museum at UCLA, where he will lecture on Aboriginal art, Genocchio spoke with the Daily Bruin’s Joy Shi about his fascination with Aboriginal art and his experiences in researching and writing his book.

Daily Bruin: How did you decide you wanted to be an art critic? What exactly does the job include?

Ben Genocchio: Most people become art critics by accident, but I worked for newspapers for a long time for the last 15 years. I was lucky: In a way I consider myself a refugee from academia. Looking back, I had a lot more fun as a journalist than as a professor. Life as a journalist is a good one if you can snag it. I get bored with things really quickly, but this job allows me to become interested in things for about a week and a half, then I can move on to other things. Also, I never liked going to the office.

DB: What is Aboriginal art?

DB: What in particular about Aboriginal art first attracted you?

DB: What type of content can be found in Aboriginal art?

BG: The quality of the designs and the imagery. … People love them. It’s so beautiful, sort of psychedelic, engaging and colorful. Most of them are maps to tell you where you can find water and food in the desert. They’re about survival ““ also telling stories about ancestors traveling across the land. There are also many creation stories, deeply spiritual implications degraded by our society. We can’t comprehend their culture.

DB: What is the background of the Aboriginals who create this art?

BG: A lot of these people were first-contact people, trucked in from remote areas. In fact, many hadn’t even seen Europeans. They were rounded up and pushed onto reservations in Australia, much like what happened to the Native Americans in North America.

They were living in communities in impoverished circumstances, and Geoff Bardon thought their designs were beautiful and that he could sell them. The thing was these were sacred designs, restricted to members within the tribe. Tribe members didn’t like the idea of other tribes selling their designs, so many changes were made so they wouldn’t violate the laws of initiation. Nonetheless the images were famous with Australia and internationally. So from this, a market emerged that last year was worth $500 million.

What’s even more extraordinary is that Aboriginals make up only 2.5 percent of the (Australian) population. There are more than 400,000 Aboriginal people, but they account for as much as 70 percent of Australia’s total artwork. I think what’s even more remarkable is there are only 5,000 to 6,000 practicing Aboriginal artists, the bulk of them living in small remote communities in the tribal central deserts or tropical north.

DB: Why do you think Aboriginal art became such a phenomenon?

BG: The designs, the power of them. They have an extraordinary kind of graphic sensibility and intensity. They’re also unique; this is the only place in the world you can find them. Third, there is tremendous authenticity here. They have real spiritual power of the people who make them.

We live in a world where spiritualism is kind of degraded and cheapened … and I think that this is an indigenous community where the designs are still sacred. What you have here is tension between different registers of value. In our culture how we value things is the price we pay for them in the market. But this is a culture that exists independently from the market.

DB: What led you to write this book? What were you trying to achieve?

BG: I had a very simple motivation. I wanted to know how a painting that was sold for $24 in 1977 could be sold for $2.4 million 30 years later. I just wanted to find out what happened in between. I lived in Australia for a lot of my life, and in working for newspapers, I was amazed and intrigued that this art movement had emerged and evolved so rapidly and internationally in so short a space of time.

DB: You will be reading out of your book and lecturing on Thursday. What are your goals for speaking at UCLA?